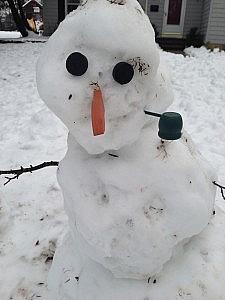 Get out your onsies, kids, because it sounds like those of us living in and around New Jersey are about to get socked in once again by snow.

I don’t even care. I’m, like, waving the white flag and telling Mother Nature, “I give up.”

I mean, what’s the point? Especially now that I’m not working.

When I was, my job was to cover the news and newspeople — not necessarily me, mind you — get hard-ons for snow storms. We’d have higher ups urging us to post articles about when it’s coming, how much is coming, whether the local police and DPW crews were prepared. We’d cover it as it started to come down and then the aftermath, with our own photos and tried to get readers to post photos of their own — which usually meant pictures of patio furniture covered in snow. That always seems to be people’s go-to for illustrating the amount of snow that has fallen.

But now I can just sit in my house, in my onesie, all day long and play Walking Dead Monopoly while watching the snow fall outside my TV room window.

Now, if only this weather pattern would shift to take place during the midweek, when everyone’s already done all their food shopping because sadly, I’m still on a weekend hunting and gathering schedule. Which put me in my local Costco Saturday at about 2 p.m., which also happened to be the exact center of Hell on Earth.

And I needed stuff you can’t get around, like kitty litter and toilet paper.

I would have tended to all this earlier in the week but my high school girl and I decided fairly last minute to haul ass to the center of Pennsylvania on Thursday to check out Penn State as a potential college choice. And while it’s known to many as “Happy Valley,” as it’s the “happiest place on Earth,” on Thursday at around 2 p.m. it might also have qualified as the “coldest place on Earth.”

The college kids leading the tour, bravely walking backwards across icy paths through the sprawling campus, lacked the good sense to bring us into buildings rather than just standing in front and talking while the bitter wind whipped and snow obscured our vision while we stared longingly at the warmth of the library before us.

Anyway, that’s about as exciting as my life has been this week: Costco and college road trips. No accidents and all my teeth remain in my head (although I did have another dream this week about all of them just falling out, which I thought was a fairly common dream but have yet to find someone else whose had one).

In between, I squeezed in some of this stuff, in case you missed it: 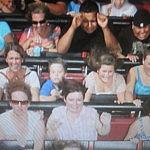 Greetings from Day 20 of my unemployment!

I am here to report to those of you still working that aside from the paycheck and insurance benefits, having a job gives one a sense of purpose each day. Being employed generally keeps one showering regularly and a reason to get out of bed in the morning besides coffee. (READ MORE … ) 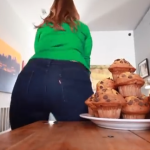 My friend Tara, who lives in Connecticut, and I have shared many of the same life experiences.

We both fell in love with boys at a certain military academy and the four of us found we had lots of fun, perhaps too much fun, together.

We attended each other’s weddings not long after college and then the babies started to come. (READ MORE … ) 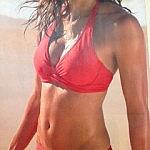 This photo of a model, presumably well under 40, is sadly taped to my frig for inspiration/agitation.

Bikinis After 40: Good or Gross?

To wear or not to wear?

That, my friends, is the question I struggle with lately at the start of each new swimsuit season.

Twenty years ago, wearing a two-​​piece wasn’t even an issue. In fact, it was 20 years ago this year that I put one on over Memorial Day weekend after having my second child that March. But back then I guess my body was a lot more elastic than the thing I’m working with today. (READ MORE … )

While the kids are out playing in the snow, don’t forget to like me on Facebook, follow me on Twitter @AMyNameisAMy, subscribe to my blog (look over to your right) and hand me a glass of wine — not necessarily in that order.