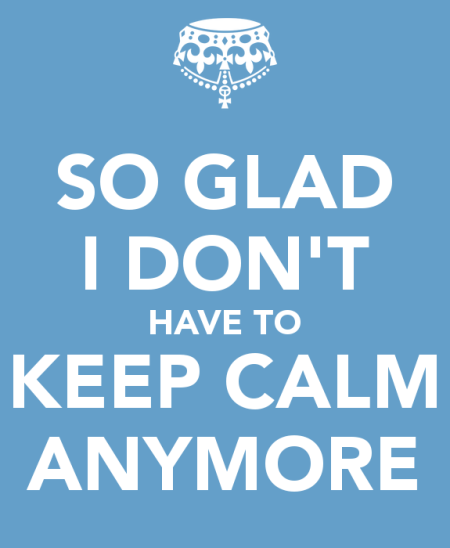 Last night, my son – the oldest, who’s 22 – emerged from his camp down in the basement to ask me if I was making dinner.

“I grabbed lunch out so am eating the leftovers for dinner,” I told him, which was met with plenty of foot stomping, cabinet banging and muttering.

When the kids were young, my role here as official stay-at-home-mom was pretty well defined. I did everything.

I bathed them and dressed them. I took them to the park and pushed them on the swing. I tucked them into bed at night and read them stories.

And I fed them.

I soft-boiled eggs and buttered toast and carefully cut the crusts off their grilled cheese sandwiches and their hot dogs into tiny, non-chokable bits. I tried to plan healthy meals, too, taking into consideration the many and ill-founded self-imposed dietary restrictions of my diners. I stuck to poultry. Avoided cheese. Didn’t add too many peppers. We went from Hamburger Helper and Manwiches to quinoa and Thai Curry Chicken with enough bags of snacks in our pantry and frozen items in the freezer to feed a Ugandan village for a month.

All of this does not take into account the combined two years of breastfeeding I devoted to my four children, a task I at once loved and resented the shit out as I watched QVC for the zillionth time around 3 a.m.

I have planned and shopped and cooked and tried to keep everyone alive and healthy almost every single day for the last two decades.

This week, I’m back down to two children living at home. As previously reported, my little girl has shipped off for an early start to college for the summer and my baby is away for the week at sleep away camp. That leaves the two oldest kids – a recent college grad and soon-to-be grad — under my roof. In other words, two legit adults.

While I was approaching this week as an opportunity to get some solid uninterrupted work done, without worrying about keeping a 12yo occupied or time-consuming trips to the supermarket, my oldest son just thought things would be business-as-usual. He’s pissed that for the last few nights he’s been forced to fend for himself and cook some frozen Trader Joe’s product for his nightly meal.

I can tell he’s resenting me just as much as I’m starting to resent him and his reluctance to see me as more than his live-in cook.

I’m torn. Am I being selfish, not wanting to chop or stirfry anything this week? Or is it okay to let grown up children fend for themselves sometimes?

Coming up with an answer to “what’s for dinner?” has been my problem for over 20 years. Can’t I take a week off?

40 thoughts on “When Can I Quit Cooking Dinner Every Night?”