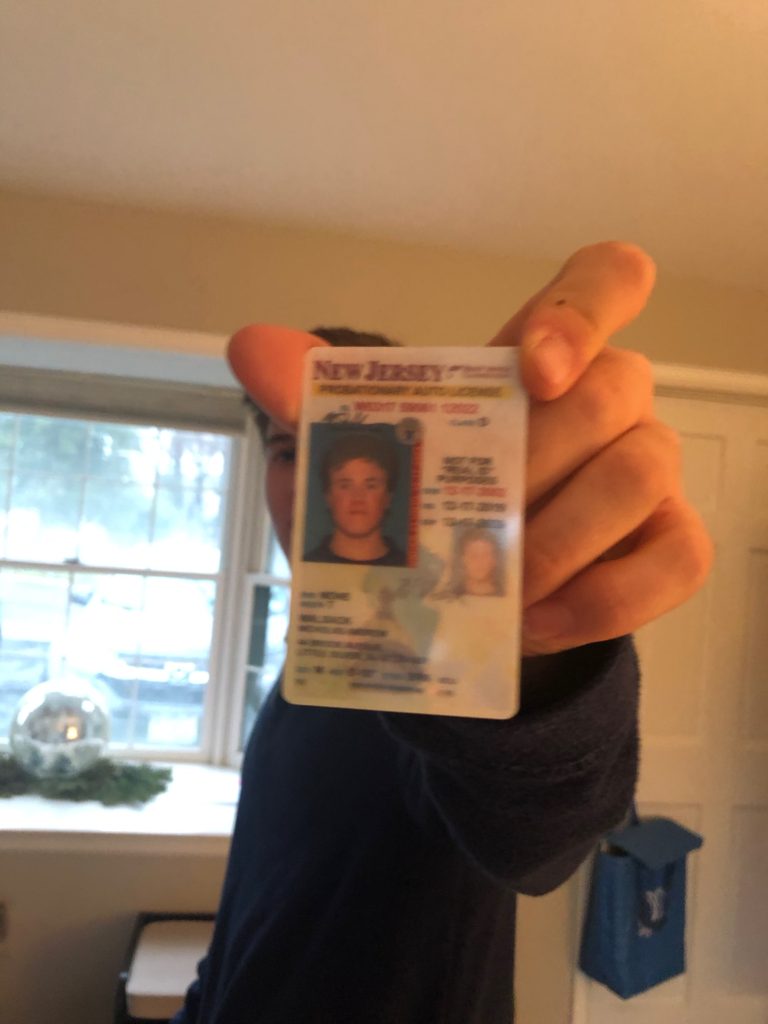 It happened earlier this week: On Tuesday, my youngest turned 17 and left the house before sunrise, returning a few hours later triumphant, with his new driver’s license in hand. I often say that he’s not the worst teenager I’ve ever met, and generally cheery, but this new found independence sent him into a profoundly manic state.

“This is, like, the best thing that’s ever happened to me,” he said, sitting at the counter in our kitchen examining his new license. He couldn’t stop smiling and said it was the best birthday present, even though I’d just given him new AirPods.

We sat and chatted for a bit and then he ordered a porkroll-egg-and-cheese on a roll (no salt/pepper/ketchup) from a nearby deli, which — if you live in New Jersey — is apparently what freedom tastes like. Then I watched as he slid into the Honda Civic I’d leased a few weeks ago and backed out of the driveway to go pick up his celebratory sandwich and head to school and bask in all the birthday good wishes.

It wasn’t until later, when I was thinking about my youngest child’s new set of wings, that it occurred to me that for the first time in 27 years, I was no longer pinned to one of my children’s pick up and drop off schedules. That I, too, had been set free.

I’ve been towing kids around for so long that when I had my first baby in 1992, new parents were instructed to strap rear-facing infant seats into the front seat of the car. Like, a crybaby was my copilot for a good year until his sister came along and all of a sudden, all cry babies were mandated to be moved to the rear.

I shuttled my kids all over creation, like every other mom, in vehicles littered with crushed goldfish and empty juice boxes they’d stuff into cupholders, leaving a sticky residue on everything they touched. I can’t tell you how many times I had to disassemble a car seat to wipe barf from its every nook and cranny, and as this was well before the dawn of smartphones and iPads, we listened to a lot of Broadway cast recordings and could sing the entire libretto of The Music Man and Oklahoma at one point.

And as my four kids were spread out over 10 years, all that driving went on for a very long time.

The driving pinnacle came when I had four kids in four different schools, had gone back to work full time and was in the midst of a contentious divorce. I’d race to pickups muted while listening in on conference calls while the high school kids argued about who should have been picked up first. I even outsourced driving the youngest back and forth to preschool by signing him up for one that provided bus service.

Eventually — meaning 17 years later — they started to get their licenses and we slowly began adding used cars to the fleet so they could get themselves where they needed to be (school, work, practice). When my third kid got her license, I finally had someone who could also help with errands and she gladly went food shopping and to Costco for a toilet paper haul. And she happily drove her little brother to and from wherever he needed to be.

But when she went away to college five years ago, that driving gravy train screeched to a halt and I was back shuttling the baby around.

The upside to the fourth kid, though, is that he’s pretty resourceful and usually gets himself where he needs to be. My biggest driving responsibility the last few years has been getting him to school each morning, which I kind of strong armed my neighbors into sharing with me, dangling the promise that once my guy got his license, he’d gladly drive their kid to school until he got his own license.

In fact, when I texted my neighbor on Tuesday to tell her the good news, that we’d NEVER have to be part of the terrifying drop off situation at the high school, she replied, “That’s a fabulous Christmas present for us all!!”

My third kid lives right outside DC now and she and I Facetimed on Tuesday after her little brother got his license and she joked that now I could just send him to the market to buy his own ham, which is what he eats every day for lunch at school and it seems like we’re always running out and I need to go buy more.

“You just need to give Nick a credit card and you never have to do anything again,” she said, and we laughed at how true that was.

He’s lined up a babysitting gig for tonight — which means I can go out without worrying he’s going to throw a rager at our house and that I also don’t have to pick him up anywhere; and on Sunday he can drive himself to a 6 p.m. indoor lacrosse game a half hour away so I can go to my girlfriend’s holiday open house; and on Monday, he can be the Uber driver for me and my girlfriends so we can have a glass of proseco at our annual holiday lunch.

Honestly, this kids growing older thing is really working out for me, and it was only 27 years in the making.

Did you know I send out a newsletter on (most) Fridays, sharing all my faves-du-jour plus snippets from what’s going on in my life? Well, it’s true and you can sign up to get it plopped right in your inbox each week, by signing  yourself up.

If you are reading this on your phone, scroll down to the bottom, past my face, until you see NEVER MISS A POST.

If you’re on the computer, simply look to the right for the same form to plug your email into.