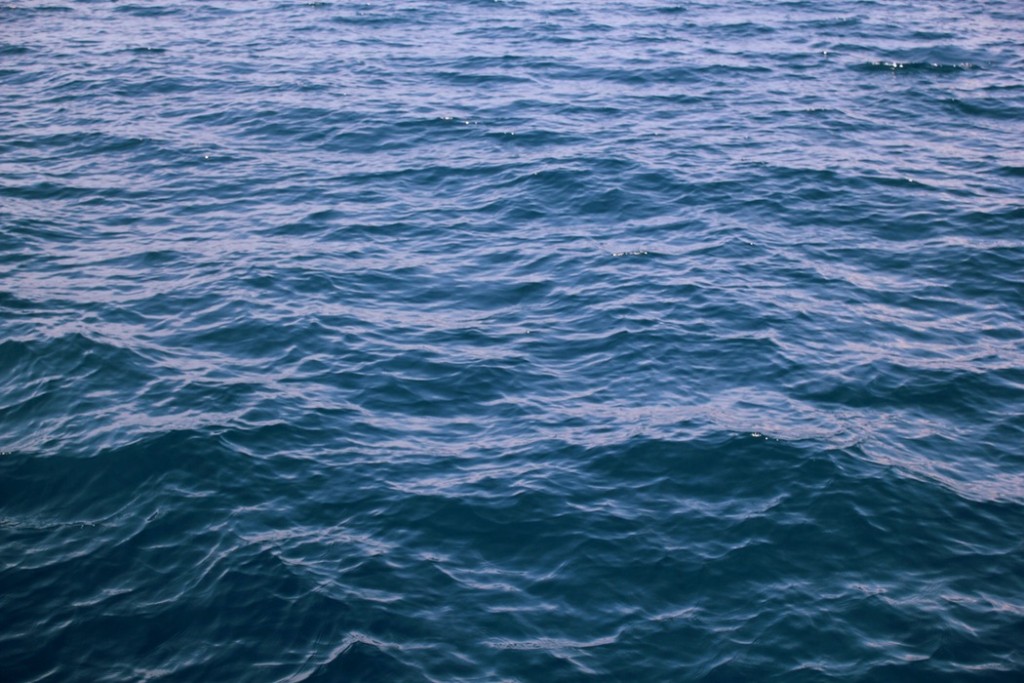 This is what happens when one of your worst fears is realized, which – come to think of it – seems to happen to me a lot.

I got down to the beach late Sunday morning to spend the final day of the long holiday weekend with my toes dug in the sand and talking with friends. I arrived to find a fair number of beachgoers standing along the shoreline looking out at the ocean and was informed by a pal that swimmers had been cleared from the water because a fin had been spotted. If you’ve been watching the news, you know of the recent attacks off the North Carolina coast and alleged sightings up and down the coastline so here at the Jersey Shore, we are on high alert for anything triangular popping up out of the water.

Fo me, the ocean hasn’t been the same since the midnight screening of “Jaws” I went to the summer I turned 9 in 1975. I was shocked my mom said “yes” not only to something so late but so scary. What I mostly remember is being simultaneously scared out of my mind by that giant rubber shark gobbling up that little kid on the raft while finding Richard Dreyfuss strangely adorable. I should have realized then that smart and funny would always trump good looks for me.

Sharks have also figured into a lot of my recurring dream topics – which include riding on a subway, losing my teeth and rushing through an airport trying to catch a flight – so I am extra attuned to them. I know those fuckers are out there.

So I had to muster a lot of courage a number of years ago when I signed up to compete in a sprint triathlon and participated in weekly ocean swims as part of the training leading up to the September race. In this instance, I am using the word “swim,” at least for me, loosely because the method I used to get through the quarter-mile course was less freestyle and more doggie paddle. There was no fucking way I was putting my face in the cold, dark water. As other swimmers crawled through the salty Atlantic alongside me, their rubber-clad heads rhythmically turning up for air, I propelled myself forward using the “pick a cherry, put in the basket” sidestroke, my head high above the water and eyes darting around for signs of menacing fins. I figured if an attack was imminent, I wanted to see it coming.

As it so happens, I never did see a fish, much less a shark, and those 7 a.m. ocean swims have now become treasured memories. I loved pedaling away from my house in the early morning light and arriving on the sand to find the ocean and sky stretched out before me. I loved the camaraderie of the 20 or 30 women standing around adjusting suits and goggles and encouraging each other for the swim ahead. And while I never really loved the swims themselves, there are few better feelings for a mother with young children than biking down a road on an early July morning with nothing but your towel and goggles in a backpack, the salt water prickling your skin as it dried and knowing what you just did. There is a lot to be said for doing things that scare the shit out of you and it was a lesson that prepared me for much more challenging obstacles not that far down the road.

So I joined the rest of the onlookers standing along the surf yesterday and watched two lifeguards in kayaks bobbing along the ocean swells as a fin occasionally popped up not far from them. At one point, one of the guards used his oar to seemingly shoo the creature away.

“What the fuck is he doing?” I asked my pal standing and staring with me. “Are we all going to stand here and watch that idiot lose an arm?”

It wasn’t long before one of the kayakers returned to shore and news traveled down the beach that the fin in question belonged not to a shark but a giant sunfish flopping around the waves and all of us gawkers slowly dispersed.

“I knew it,” I said to my pal after we’d returned to our towels. I ran my hand along my back and discovered as we were talking that the hook to my bathing suit top seemed dangerously askew.

“Holy shit,” I said as my girlfriend adjusted the metal clip, “talk about a sighting.

“That would have been more terrifying than a shark,” I said and we laughed and continued making jokes about my top flying open on the beach and the horror that would ensue.

And here’s where things get really scary.

Not much later, I got up out of my beach chair to grab something from my beach bag and as I bent over, felt the clasp on my top give way and my girls start to break free.

One of my other recurring dreams is being out in public and discovering that I have somehow forgotten to put on my pants. Or that I’m topless. Whether it’s the top or the bottom that’s missing, I am horrified at finding myself so exposed in front of others.

Luckily, as my top exploded open, I had the good sense to immediately put my hands to my chest and hit the sand as if I’d been shot. Unfortunately, I screamed – or somehow indicated my extreme alarm – because one of the dads sitting in our circle, thinking I was being attacked by a bee, gallantly got up to offer his assistance. I can’t imagine what went through his head as he jumped up to help and saw me scurry past and land in front of one of the moms in our group and start yelling for help. What he must have thought when he saw my back, and hopefully not much more, exposed and our friend holding the ends of my suit in her hands.

Eventually, we got me put back together. The men in our group drifted casually off to look at the ocean and I got my top back on, which was no easy feat as the liner was coming out of the top and my girls, who breastfed four babies and really took it for the family team, needed some help getting settled back in.

Later, after my girlfriend ensured that the clasp was secure, I took off my cover up but refused to get up out of my chair to walk around. I wasn’t taking any chances. I even got someone to hand me snacks out of my bag so I wouldn’t risk a repeat of my earlier performance.

There was a time where I would have had a really hard time getting over something like this. I would have repeated it over and over in my head and felt increasingly bad about myself. The shame. What people must have thought. I’ve always had a good sense of humor about a lot of things but not always about myself.

But by the end of yesterday, we were all laughing about my exploding top and I probably laughed most of all. In the end, the incident did not attract a crowd of pointing onlookers and no one tried swatting me away with an oar.

The great thing about getting older is that you really get a lot of opportunities to face your fears, whether it’s of sharks or being alone or flashing your boobs on a crowded beach.

You find out that you can survive just about anything.

I still cringe thinking about what that dad really saw before I hit the sand but figure it at least made up for the sunfish.