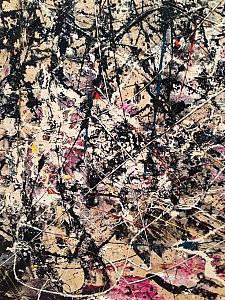 In theory, this is a funny story.

So, you know how yesterday I was all like “Be happy, bitches”?

Well, the universe – or whoever’s running the universe (clearly having nothing better to do) – must have sensed my cockiness and thought, “This one’s a little too perky. Let’s throw her a real challenge today and shut her up.”

So, I finished writing yesterday’s post, got the kids off to school and prepared to head an hour north – and back to Montclair, NJ (a town I should really make an effort to avoid in the future) – for a professional information session and great networking opportunity.

I even made it up there with plenty of time to spare for parking and getting a coffee, which was what I was thinking about when Siri, that bitch, told me out of the blue that I needed to get off the highway at the exit I was just about to pass.

I don’t know what she’s thinking sometimes. Is Siri, like too busy on Facebook to notice what’s going on in my car?

I somehow managed to veer onto the exit from the middle lane safely and as I headed down the ramp, pleased with my maneuvering, a tractor trailer heading in the opposite direction and taking up most of the two lanes as it wound up the ramp, plowed into the side of my car.

All I can remember is screaming a number of obscenities and laying on my horn and watching in disbelief as the trailer connected with the front of my vehicle and scraped towards me until it came to a stop.

And then any clear thinking I might have been capable of just moments before flew out the window and into the cold morning air.

The driver, who looked as if he could have been one of the animated pirates in Disney’s “Peter Pan” movie – short and bearded, swarthy even, with a little knit cap perched atop his head – was in a rush to get his rig out of there and not very sorry that he hit me.

“You should have stopped,” he said, clearly not realizing that the sight of his giant truck barreling towards me only moments before had stopped my SUV dead in its tracks but to no avail.

He had totally miscalculated the angle he needed to be moving in to get the 18-wheeler up the curved and narrow ramp and onto the highway without taking out oncoming traffic.

And here’s where it all started to move fast, especially my adrenaline, and it was icy, and I was shaking and other cars were starting to honk because we’d essentially shut down the ramp and blocked anyone trying to get on and off the highway. So while I’m trying to call 9-1-1, the driver’s telling me he can’t pull over anywhere and needs to go.

We took pictures with our phones of each other’s insurance information and I shakily wrote down the license plate number from the back of his trailer, and he drove away.

“You didn’t get a picture of his license or registration?” asked the police officer – who finally showed up after a second call to 9-1-1 – as we stood outside my vehicle and I tried to explain to him what had just happened. “What about the license plate number on the front of the truck?”

Apparently with 18-wheelers, that’s the one that matters.

The officer did his best but in the end, couldn’t even write a police report because of my lack of information.

He gave me some suggestions on how to track down the driver and file my own report at the police station – talking about things like summonses and court appearances – and drove off.

Up until this point, I assumed that damage was confined to the exterior of the vehicle. I even thought that maybe I’d be able to live with it if I couldn’t find the truck driver to pick up the bill for repairs.

I then pulled out of the parking lot and discovered that something was very wrong with my car. It felt as if I was driving on a frozen lake. Although the vehicle was moving forward, the steering wheel was askew and the traction control emergency lights indicated that something was amiss down below.

I drove about a quarter mile at super low speed and pulled into a very sketchy Gulf station  — like the dive bar of gas stations – where a mechanic pointed out that my front wheels were pointing in different directions.

And that’s when I started to cry.

Because, okay, I can handle a lot of challenges single-handed. Broken cars. Broken appliances. Broken marriages.

But I draw the line at a car accident on top of a recent job loss. Enough already.

I got back in my car and called my insurance company and explained the situation – that I was in an unfamiliar area about an hour from home —to a very nice woman named Pat and when she asked me for my name, I started crying again.

“A-a-a-my,” I sobbed, and she told me not to worry, she’d help me figure out how to get the car towed closer to home and hook me up with a car rental.

Forty-five minutes later, the tow truck driver arrived — along with a wife or a girlfriend in his rickety truck that had “We’ll take your junk cars,” emblazoned on the back of his cab — and I watched him drive my car up the pitched ramp and the two of them chain it to the bed.

After I handed the key and clicker to the woman through the passenger side window, I fumbled with my phone and took a picture of the EZ2TOW logo and phone number on the side of the door, just in case that was the last I ever saw of those two and my car.

The morning had taught me it was all about gathering information.

I spent another 45 minutes trying to busy myself on my phone and pretend to be invisible to the men huddled inside the gas station discussing the setbacks and variances involved in a planned expansion of the building and it was like being in an episode of “The Sopranos,” minus the mobsters but with just lots of extra Jersey. You know?

My girlfriend arrived and whisked me back down the Garden State Parkway towards home. We had a late lunch and a big glass of wine that helped take the edge off my day and later on, I picked up my car rental and headed to fetch my son from basketball.

He went from being annoyed that I was two minutes late to losing-his-mind-thrilled when he got a load of the souped-up minivan I was driving (2014 white Chrysler Town & County because I have a secret obsession with minivans).

“Can we keep it?” he asked, pushing the overhead buttons that made the side doors open and close automatically and turning up the Justin Timberlake song playing on the satellite radio.

And I thought, “Well, at least someone’s happy.”

I should tell him to keep it to himself.

6 thoughts on “Putting Happy to the Test”