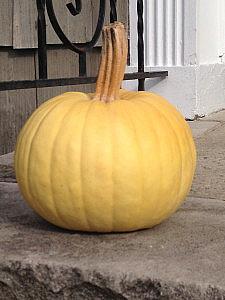 Over the course of this past weekend, I had to yell at not one but two of my neighbors – both grown men – for causing me undue stress and anxiety.

There they were, with the Thanksgiving dinner a not-so-distant-memory, wrapping lights around anything not moving in front of their houses. There were wreaths and swags and twinkling shrubbery while over at my ranch there’s just a lone pumpkin leftover from Halloween sitting on the front step.

By the time I saw a third male neighbor busily stringing lights on a garland above his garage doors, I didn’t even have the fight left to say anything. I just stood on my lawn and watched. I was outnumbered, it seemed, by holiday cheer.

Of course, as the kids and I pulled out of the driveway late yesterday afternoon and they saw how festive the neighbors’ houses were looking — the lights twinkling in the dusky twilight — they lamented that we had, as usual, nothing.

Now, I could blame it on the fact that we don’t have an official man-of-the-house living here who, though some quirk of genetic coding, would feel compelled to wrap strands of lights around things. It’s like setting fires and shooting stuff for the Y-chromosone.

But in reality, when we did have a guy here who liked to decorate the outside of the house, I really tried to kibosh most of his ideas.

I like things plain and simple. I don’t do icicles, colored lights or haphazard tree lighting. If you are going to light a tree, don’t just wrap two strands around a trunk and half a limb and think it looks good. It doesn’t. I want Disney-style lighting, covering every last branch and twig, and because that’s just too much — I mean, really, who has time for that? — I opt for nothing.

But nowadays, you can’t just hang a wreath and call it a day. There needs to be some lighting element involved, which is challenging when you do not have an electrical source in the front of your house or the inclination to light stuff up.

But it’s important to the kids, like our yearly Christmas card and the candle we buy that makes the inside of our house smell warm and piney. They want some razzle dazzle to come home to and my lone electric candle-in-every-window routine is just not jazzy enough for them.

So today, thanks to the magic of Cyber Monday and LED technology, I ordered a battery-operated pre-lit wreath, which will join my battery-operated strand of lights I bought last year that I will wrap around a garland and drape over the front door. Add the candles in the windows, and it will be downright festive around here.

I have a plan, ladies and gentlemen.

It will not be Rockefeller Center, but it will be something.

And the pumpkin, I can assure you, will be nowhere in sight.