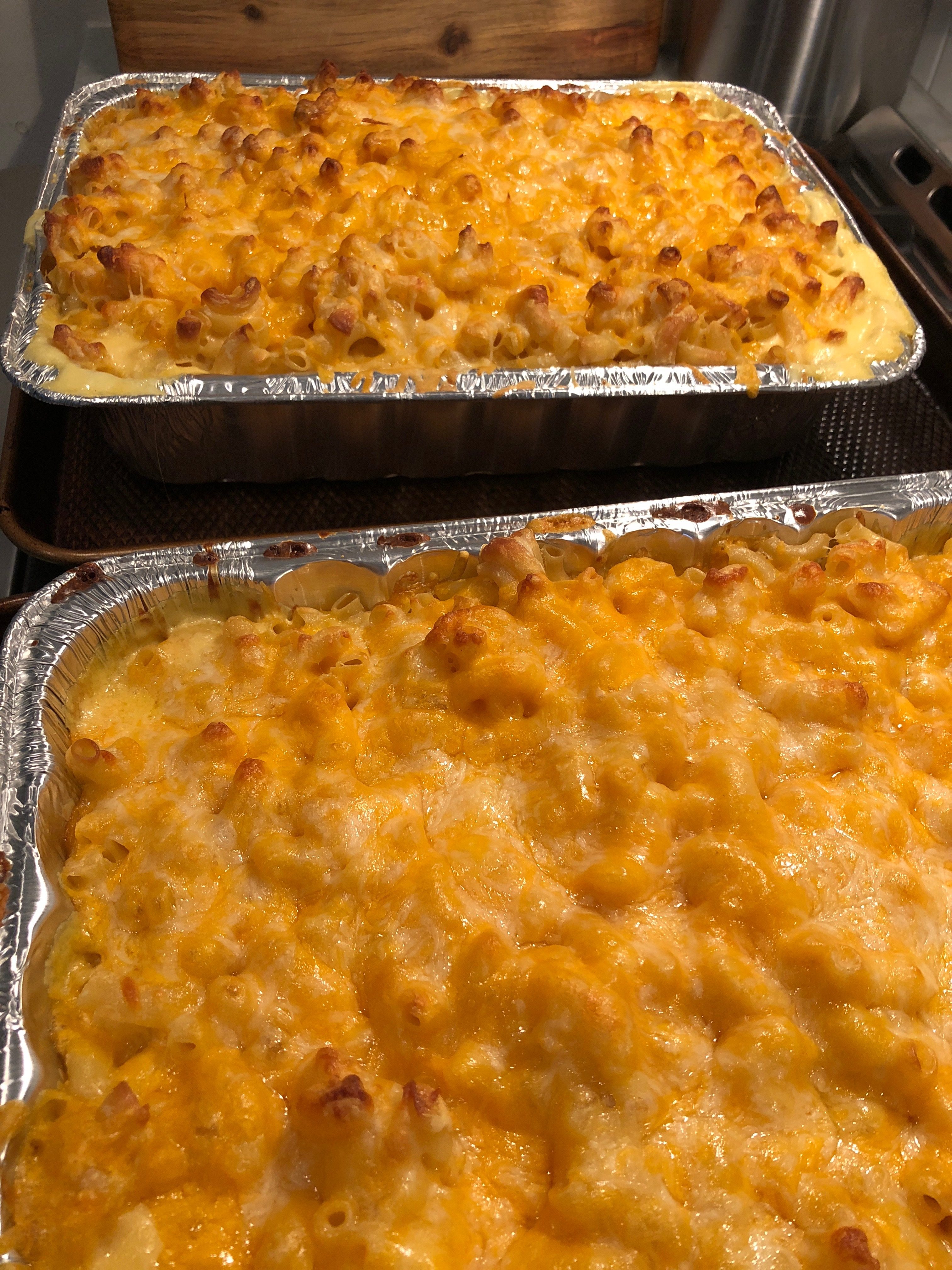 I came downstairs a few weeks ago wearing maroon leggings, a black sweater and new trucker hat with our high school’s pirate logo, and my daughter looked me up and down and said, “Who ARE you?”

She was having trouble finding her mother — the one who favors all-gray ensembles and rarely wears hats — underneath the lady-of-a-certain-age standing in front of her decked out in our high school’s colors.

She hadn’t realized that nowadays, with her little brother playing on the football team, we take game day very seriously around here.

And since I’ve guzzled the high school football KoolAid, that also means I’ve started to embrace things like manning the ticket table at a BBQ and pitching in for pasta parties.

In the past, that would mean I’d bake these chocolate peanut butter crowdpleasers. But now that I’m a committed Football Mom, I even volunteered this week to make a pasta dish for the pasta party, which I considered the ultimate act of love for my baby football player since I don’t really have a go-to pasta recipe (and certainly not one to feed 40 hungry teenagers).

I went on Pinterest and threw ideas out at him while he ate his dinner but whenever he said, “That sounds good,” I’d check how many ingredients were called for in the recipe and then say, “Next.” This was not an occasion for impressing anyone. Just feeding them.

I scrolled some more and asked, “How about mac and cheese?” and he gave a happy shake to his head. I bypassed recipes that called for four different cheeses and any kind of seasonings, and then the word “Velveeta” caught my eye, and I knew I had found just what I was looking for.

So that’s how I found myself yesterday cubing four pounds of the weird, unrefrigerated cheese product to melt into a quick roux of butter, flour and a ton of whole milk. You pretty much pour it over your macaroni and throw it in the oven. I baked it halfway then pulled out and added some shredded cheese on top because, cheese.

What I loved about this recipe was that the site automatically adjusted the amount you need of each ingredient for the servings you’d like to make because, math. I plugged in 50, made four boxes of pasta and it filled up 2 big disposable lasagna trays.

Are you going to make this for your book club? Probably not. But for pasta parties, tailgates or block parties, it’s a home run — or a touchdown (I learned that this year).

Mac and Cheese for a Crowd (Serves 50)

Preheat the oven to 350 degrees F.

In a large saucepan or Dutch oven, melt the margarine. Stir in the flour until smooth. Add the salt and pepper and slowly add the milk, stirring constantly, until smooth.

Stir in the Velveeta cheese and continue stirring until the cheese is melted and the mixture is smooth and creamy.

Pour the cheese sauce over the macaroni in the pans to evenly coat (I MIXED IN POTS BEFORE POURING INTO BAKING PANS TO COAT THE NOODLES). Sprinkle the shredded cheddar over the top of the macaroni (8 ounces per pan).

Bake the macaroni at 350 degrees F for one hour or until bubbly in the middle.

Got any good pasta party recipes up your sleeve? Share! We promise we won’t make it if our kids are on the same team!