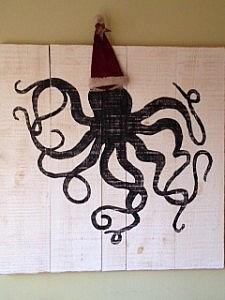 Twas six days before Christmas and all through my house,

I’ve got so much shit to do I almost wished I had a spouse.

The stockings are stuffed in my mudroom without care

In hopes that come Christmas Eve they get pulled out of there.

The children will be sleeping until noon in their beds

While visions of PS4, iPhones and spring break trips dance in their heads.

And Mama in her scrunchie, with piles of lists on her lap,

Is hiding in bed, sipping a nightcap.

And so, my friends, that’s all the cleverness I can muster because I’ve got to get to the outlets, yo, for some last-minute gifts. And the grocery store. The liquor store. The post office. Dry cleaner.

Any attempt to blog this week has been sidelined by the Internet, ironically. I’ll quickly pop over to Firefox to, in theory, check my emails and all of a sudden I’m ordering something on Amazon and admiring folks Christmas trees and cats on Facebook.

But whilst trolling Facebook, I did come across the following ad from Apple and, as the mother of a reformed teen age boy who has been known to have his nose in his smartphone, it just resonated with me.

It’s not easy being a teenager, or the mom of a teenager, and I think we probably have no idea what those darling creatures are thinking most of the time. And while none of my kids have ever produced such a clever and moving video, they have endured many a family gathering over the years and sometimes even smiled.

Get out your tissues and some wrapping paper while you’re at it so at least you’re doing something about getting ready for next week while surfing the web.

One thought on “Twas 6 Days Before Christmas: An Ode to Stress”