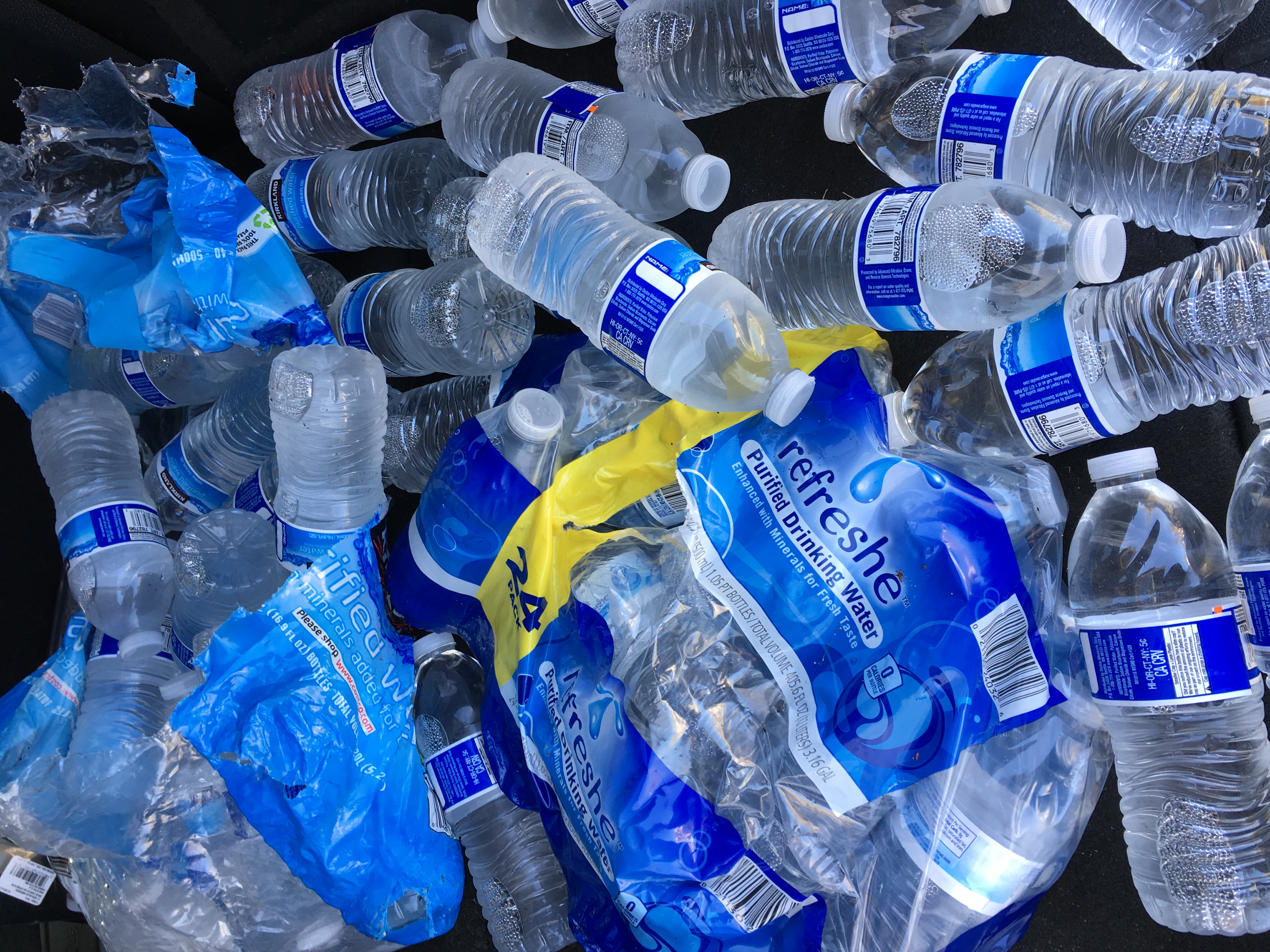 To the Good Samaritan who helped my 13yo pick up a case of Costco water bottles (because I cannot be satisfied with the paltry 32-pack at a grocery store and need the warehouse-sized 40 bottles) off Branch Avenue around rush hour last night:

I’m sorry I’m an idiot. That I was in such a rush to get my son to lacrosse practice and get back home in time to get picked up by my girlfriend to go out to dinner, that I forgot to close the back of my car. That when I discovered the kid we were picking up to carpool was stuck at a track meet and no longer needed a ride, I sped out of the driveway without pushing the little button inside my car to automatically close the back door. I had popped open the door in a preemptive measure to get my carpooler in the car as quickly as possible. I’d hoped he’d throw his gear in the back and jump in.

And it wasn’t until I was racing down one of the main arteries through town towards the practice field at the high school that I noticed the interior lights overhead were still on. “That’s weird,” I thought, and then thought, “Shit.”

It was then I regretted not bringing in the giant 40-pack of waters after a trip to Costco on Monday. But it was raining. And I’d already carried in about 100 pounds of milk and paper towels. And, I mean, what’s the point in having two sons if not to get them to haul giant packages of water to the basement? And I don’t know if it’s because I instinctively hit the brakes when this clicked in my brain or if those waters were destined to hit the pavement but in an instant, I saw in my rearview mirror the familiar blue-labeled bottles bouncing and rolling across the road behind me.

And honestly, my initial instinct when I pulled over and saw the debris scattered on this very busy thoroughfare that was thankfully deserted at that moment as a train had pulled into the station, bringing traffic to a halt (which is funny because I can’t tell you how many times in the last 20 years I’ve cursed goddamn NJ Transit for the very same inconvenience that had now ironically become a strange blessing). And I was dressed for dinner and wearing snug fitting pants and heels. And earlier in the day I’d gotten a cortisone shot in each of my big toes to relieve the arthritis that has of late relegated me to a life of Birkenstocks and Vans. I just didn’t want to add to the spectacle of the water bottles in the street by teetering around in tight pants and my fancy new heels (Clarks, but still).

But how could I just leave? How would that work? Would oncoming traffic simply drive over the bottles? Would the town’s DPW have to come out and clean it up? And how long would that take? Would I be guiltily driving by the bottles for the next few weeks? When a deer was hit not far from my old house, its carcass sat on the side of the road – that my children had to walk past on the way to school – for days before someone authorized for that type of disposal came and hauled it away. And would the local police deduce I was the drop-and-run litterer and come knocking on my door to arrest me?

I worried about all of the fallout from the literal fallout from my car and in an instant you were there, scooping the bottles off the road. I don’t know where you came from, maybe you were in the middle of a run, but you ran across the street and started to clean up my mess. And in an instant, my son was out there, too, grabbing as many bottles as he could and throwing them in the back of my car.

I thought about making a joke about being a crazy, menopausal woman rushing around as you threw bottles into the back of my truck but you didn’t really seem open to jokes. And I really did contemplate coming out to help but, I mean, the shots and the heels. But the two of you made quick work of it and in no time, as traffic slowly drove around our little circus, the bottles were off the road and you resumed whatever it was you were doing before you made the decision to help.

So, I just want to thank you for that. For coming to the rescue of some crazy white lady rushing around in her high heels strapped to her arthritic feet while all that plastic – talk about a carbon footprint – spilled out of her SUV. I hope something good happened to you later that night. I hope the universe, impressed by your goodness, paid it forward towards you in some really awesome way. And I also hope that when you recounted the incident later that night, maybe to your wife or girlfriend, that you were kind. That I didn’t come off as too much of an asshole. And finally, if I did, I hope you’ll accept my apology. I’m sorry I’m an idiot.

Okay, maybe I’m a bit of a jerk. But still, it’s funny.  Sign up to get all of my latest posts sent right to your inbox by typing your email into the box below. You can also follow me on Facebook and Twitter.