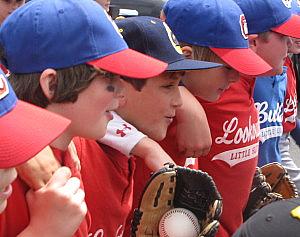 Dear Men of the World,

I learned an interesting thing about how it seems I am perceived by you fellas – as a divorced lady – when I hosted a party the other night.

Initially, I did consider hosting an all-lady event – a luncheon, say, or a gathering on a Thursday night. The kind of party that included low-carb appetizers, pretty pink drinks and plenty of conversations about hot flashes and insomnia.

We middle-aged ladies are sexy, I know.

But I decided to go with a Friday night cocktail party and, to me anyway, that seemed to signal an equal-opportunity affair. That seemed like the kind of party you didn’t need to have a vagina at which to have fun.

I even went so far as to include – on the little envelope that magically spun around when you opened the invite online – the names of both members of all the couples I knew.

But I guess because I am without a more manly half right now, the assumption was that boys were not invited because many women showed up stag. Husbands were left home to watch the kids or just stay out of their wives hair so they could get gorgeous and come over and have fun.

But I think it’s interesting that folks assumed I could only be friends with the female-halves of all those couples.

Let it be know then, for once and for all, that I like dudes. I really do. Look, I even gave birth to two of them and that’s helped me like you guys even more.

In some ways I am even like a dude: I am totally into zombies, vampires and all-things Game of Thrones. I am prone to indiscriminate cursing, am not much of a crier and love getting my neighbor Michael’s old issues of Rolling Stone.

See? If I only liked sports and was better at math, you’d think I was one of you.

Now, I’ll admit that when I was married, my husband was kind of the buffer between me and all the guys that we knew. We’d go out with all our other couple friends, and inevitably, the boys would sit at one end of the table and the girls at the other. So I never really spent much time talking to the men at our gatherings because I was so busy comparing pregnancy and potty training stories with the ladies.

But honestly, I don’t even think I was interested in talking to the guys anyway. I wasn’t interested in hearing what you boys had to say. Maybe I just assumed you were all alike – macho and self-serving – and I didn’t really need any more of that in my life.

But now that I am single, I feel like I see you boys in a whole new light. Who knew you had thoughts and feelings, just like me?

I’ve developed some great friendships with members of your species and have had terrific conversations about not only zombies and vampires but about books and current events. We even have talked about life and love, just the way I do with my girlfriends.

And one of the most satisfying things that has happened along the way is that a bunch of you have started reading my blog and tell me that you really like it.

My neighbors had a party the night after mine and a couple of guys were there whose wives had come solo to my shindig. “I didn’t know I was invited!” the guys told me.