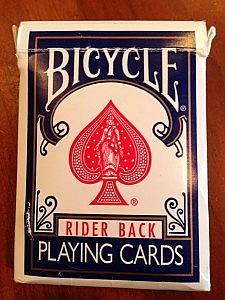 Over the course of the, like, bazillion hours my college girlfriends and I sat around talking during a girls’ weekend earlier this month, the topic of how much you should let your children know about your past antics came up.

One of the girls said that she had an acquaintance who’s like an expert in adolescent psychology, or something, and that professional advised that parents keep their younger misdeeds under wraps.

“You really need to live the lie,” our friend said. “But I’m sure I don’t need to tell you girls that.”

And as the rest of the group nodded along, all I could think was, “Oh dear.”

Because, as you might imagine — what with this blog and all — my children know a little bit about their mother’s far-from-stellar past.

And while I try to spare them the gory details — sometimes a lie really does need to be lived — I have made it pretty clear to my kids that I was a dope when I was younger.

I like to think that I’ve offered myself up to them as a cautionary tale.

Like, they know that I was an enthusiastic smoker until I started having babies. They know I am comfortable making my way around a fraternity tailgate and am open to drinking beverages concocted in sketchy coolers. Clearly, my decision-making skills were questionable.

And while I’ve been honest about these pieces of my history, I’m also pretty sure I have not promoted these activities as recommended habits of highly successful individuals.

Clearly, they are not: I am the single mother of four kids holding down a low-paying, entry-level job.

And I have a tattoo.

But I think that what I have done is presented myself to my children as a very real person, flawed and full of mistakes, and sometimes regret. They’ve seen me act like a bitch, cry, celebrate their accomplishments, dance like a weirdo and sing a song about my cat.

I am all that and a bag of chips.

I’ve told them that I wish I concentrated more on academics than partying in high school and college. I wish I had figured out what I was good at and followed that career path. And I wish I hadn’t been in such a rush to get married and have babies.

But I couldn’t have done any of these things because I simply had no idea who I was, deep down inside, all those years ago.

And I also think that’s why I’ve come so late to writing in earnest. As Ann Lamott wrote, “Becoming a writer is about becoming conscious.” And people, I was unconscious for many years.

But, as my therapist would tell you (because she tells me all the time), that’s all just been a part of my journey and it’s helped put me where I am today and for that, I would trade nothing.

Being a mother forced me to wake up.

And while I am not gunning to be the Dina to their collective Lindsay — I already have lots of friends, thanks — I do want them to know that I am a human who makes mistakes and tries to learn from them.

Of course, that’s not to say that I haven’t been called a “hypocrite” for grounding a certain someone who stashed an empty bottle of liquor (swiped from my own booze collection) under a bed. And when feeling defensive, other kids have questioned what I got on my SATs and mocked my math skills (which would probably never be great, no matter how self-aware I was as a kid).

They also have mentioned that they think my tattoo is ridiculous (for the record: so do I).

But I think deep down, they know I’m working really hard to make up for lost time.

Last Christmas, my older daughter – who was seriously broke at the time – ended up pulling out the showstopper of a homemade gift and shared what all this has meant to her.

She handed me a deck of cards and at first, I had to admit, I wasn’t impressed. Like, I don’t really know any card games.

But I pulled the deck out and saw this: 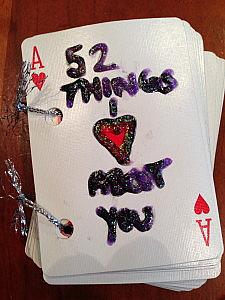 52 Things I Love About You 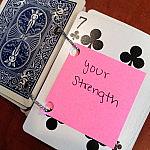 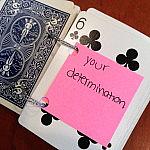 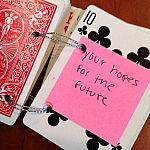 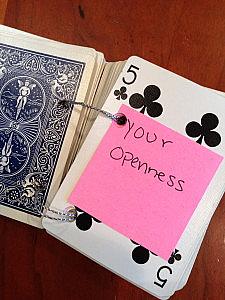 And in that one moment, I knew that I must be doing something right.

My daughter knows so much that there is to know about me – my love of wine and Ryan Gosling, my “weirdness” and even my “goofy dancing” – and despite it all, she still loves me.

It’s not perfect, but it’s okay.