For most of their lives, my children had the luxury of having me as their Wing-mama.

If they forgot their gym clothes, homework, instrument or after school snack, I generally would be available to run the errant item over to the school.

If they were feeling slightly under the weather during the school day, and by that I mean either sick or perhaps just sad about one thing or another, I would fetch them and bring them home.

And after school let out, I would pile them in the car—with their granola bars, juice boxes and equipment—and shuttle them around to soccer, CCD, dance or swimming, cheer from the sidelines, and then cart them all back home.

In my children’s minds, things would just magically happen back here at the ranch; there would be chips and cookies in the pantry, their clothes were cleaned and folded and dinner was on the table by 6 p.m. most days.

It was a nice little fantasy I created for them and although I was involved in plenty of volunteer activities and did some freelance work, I made sure it didn’t affect their lives. All the work happened behind the scenes while they were off at school.

But then I went back to work full-time.

Right now, our pantry has a shelf littered with broken bits of potato chips and pretzels and an old can of nuts. We ran out of school drinks earlier in the week and don’t even think about looking for a fresh piece of fruit (there are some petrified lemons in the fridge drawer).

The older three kids are now in charge of their own laundry and judging from the mound of clothes in one of my daughters’ rooms, she must have run out of clean underwear some time last Tuesday.

While my oldest child is mostly annoyed by the food situation (“Mom! Work will not fall apart if you go food shopping!”), it’s my youngest guy, who’s 8, that has really been feeling my absence lately.

Every morning he whines about getting out of bed and going to school. He then mopes around getting himself together before the bus arrives and he begrudgingly boards it for another day in the trenches. Unlike his siblings, he goes to the after-care program at the school each day, and gets picked up usually around 5 p.m.

I made the mistake a few weeks ago of promising him that we would have a special day together, and then I never followed through. The day came and went and I just couldn’t find a hole in my schedule to accommodate him. But last week, I knew I had to find time for him, and so one morning, I told him to grab my calendar and meet me in the kitchen.

We looked together and I pointed to a square not too far in the distant future.

“Write your name right there,” I told him, and he did so in big, block letters.

“Do you see that?” I asked him. “That is officially ‘Nick Day,’ and I’m not going to plan one more thing for that day. It’s just going to be me and you.”

He grinned from ear to ear and had a little bounce in his step as he grabbed himself a box of Honey Nut Cheerios for breakfast.

We also put a big “NICK” on my work planner and office calendar, to not only illustrate to him how important the day was but also to prevent me from scheduling anything else.

We told his siblings all about this new holiday, and they went along with it–acting like it was really special–until my daughter found out that Nick and I were thinking about going into the city to see the new Harry Potter exhibit that just opened.

“Whoa,” she said, “I thought he was just, like, staying home. I didn’t know he was going to do something special alone with you.”

It now seems that in the very near future, I will be organizing a “Maddie Day.” I can’t imagine the older two teenagers have any interest in being seen anywhere alone with me, but am willing to declare days in their honor as well.

It’s still a struggle, striking that balance between work and family, but I’m willing to keep trying because I love both parts of my life. I don’t think it’s a terrible thing for the kids to have to do some things for themselves and also like that they see their mom as something other than their personal assistant.

And in just a few months, I can sense them slowly starting to come around.

Nick plays a lot with his friend, Jack, across the street, and his mom sent me this e-mail of a conversation she overheard between the two boys recently:

Nick: Have you even seen my mom’s Web site?

Jack: I’ve seen it with my mom.

I take heart that he has developed this sense of pride in what his mom does, even in the face of jelly sandwiches and stale chips. And I am pretty sure that neither he nor his siblings ever treated clean clothes or taco dinners with the same amount of respect. 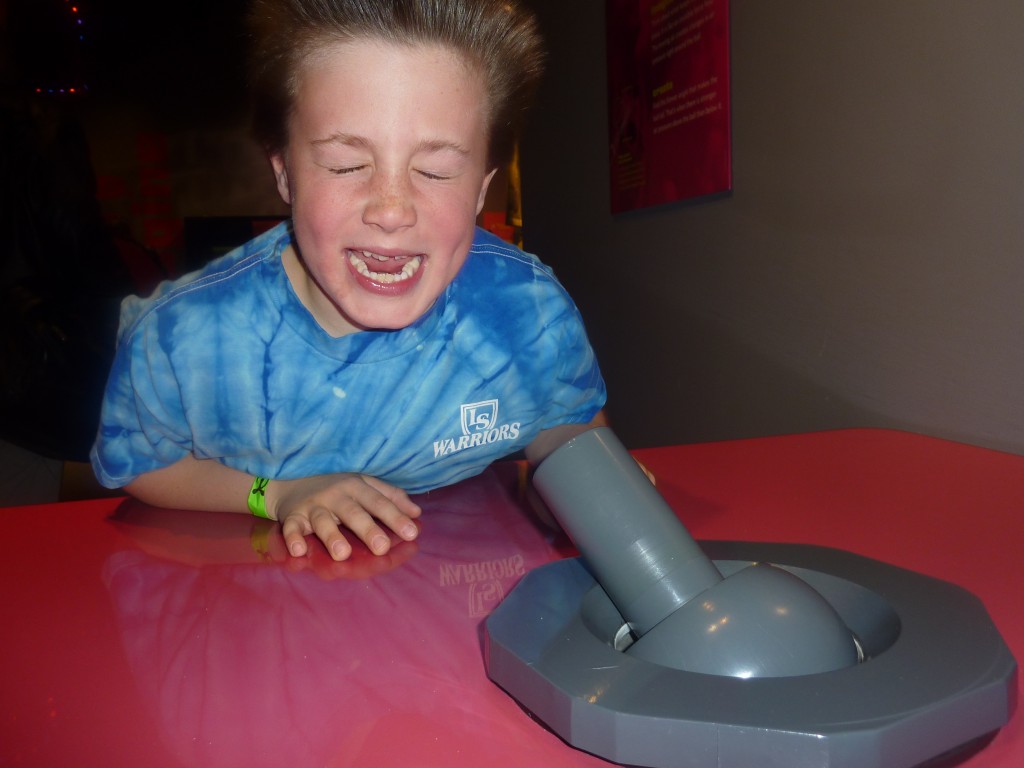