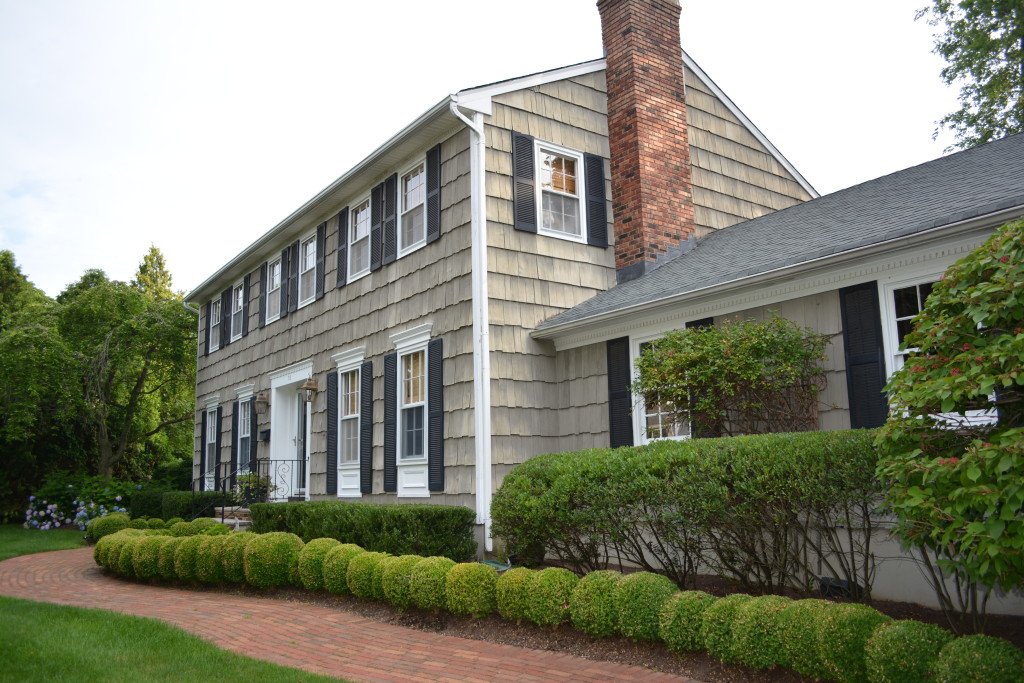 I don’t know what it’s like where you live, but around here people tend to stick around. They buy a house, raise a family, send their children off into the world and then, quite often, the kids come back to buy their own house nearby and raise a family of their own and begin the cycle all over again.

I live in a town of about 6,000 people in New Jersey and it sits at the bottom of a peninsula that juts east towards the Atlantic Ocean and is surrounded by two rivers. And while there are lots of fun things to do in and around those rivers – sailing, fishing, paddle boarding – for a lot of us, it’s all about the nearby beaches. There’s a bridge at the end of the peninsula that connects us to a skinny spit of land that is dotted with public beaches and beach clubs, which runs north and curls into Sandy Hook. This is where we spend a majority of our time in the summer months. Going to the beach. (Not the “shore.” Nobody around here goes to the “shore.”) But I mean, don’t get crazy. Nobody around here goes to Sandy Hook between Memorial and Labor days with outsiders. We stick to ourselves.

Because of the geography, we are a pretty insular community. We eat here. We drink here. We shop here. In fact, people always seemed shocked when I tell them I do most of my food shopping at the Wegman’s about 20 minutes away.

For Wegman’s, I am willing to travel.

So I guess I shouldn’t have been too surprised when a bunch of the people who showed up for my open house this weekend already lived here in town. They all have young children and are starting to feel the pinch of their capes and ranches. They’re looking for a little more space to store all those bikes and American Girl dolls.

It was a busy two hours and I am thankful I had a wonderful friend help me show everyone around my house and point out the big garage that use to teem with scooters and pogo sticks and the finished basement where we stored our own impressive collection of American Girl and Bitty Baby merchandise. But now that garage is down to two bikes with flat tires and the basement is mostly a place to go play XBOX or smoke pot. Actually, I said that last part just to be funny but certain people around here have over the years thought the basement an excellent place to try to get stoned.

I’m giving selling my house without a realtor a shot and have to say that the Internet certainly makes marketing and getting the word out about an open house pretty easy. Most people who came through on Sunday had seen my “for sale” post on the almighty Zillow or through word-of-mouth, which I attribute to a few things I had posted on my own Facebook page that a lot of lovely people shared with their “friends.”

And so it was through the magic of the Internet that among the day’s visitors was the family that had lived here for 30 years, who saw that the house was on the market and stopped by Sunday afternoon to check it out. I had bought the house a dozen years ago from the people who had bought it from them. Those people were here two years, made some quick improvements and updates and a giant profit off us. What can I say? That’s the way the real estate cookie crumbles. I was super-pregnant with my fourth kid and crazy.

I had seen the former owner’s name here over the years. Every once in a while, some mass mailing arrives in my mailbox with her name on it. And I’d also pieced together that she had also gotten a divorce while living here but stayed in the house to raise her kids. I had developed an affinity for this woman I’d never met. I felt kind of a solidarity with her. A kinship. So I was thrilled to discover that the lovely woman standing in my foyer with a European accent was indeed the former owner who had arrived with her son, who’s now in his late 30s, and his wife.

And they were adorable.

He shouted, “No way!” a lot as they walked through the house and he pointed out different things to his wife, like the way the paneling in the den had been painted over or that the bar that had been in the basement was no longer there. I even discovered that the light hanging in the foyer was not some cool, Shabby Chic number that the people I had bought the house from had found in some upscale shop – because they acted like it was a big deal when I asked if they would leave it – was instead the same fixture that’s always been hanging there except it had been spray painted white.

Overall, they seemed pleased with the changes that had been made to the house in the 15 years since they moved. They liked how we combined the kitchen and dining room to make one big living space in the back of the house and how that now opened up to the family room in the front. They described how the back deck used to be higher up off the ground and how a pool table used to take up a big portion of the basement.

The son joked that had he known the house was going up for sale, he wouldn’t have just bought an apartment in Hoboken and they laughed about how weird that would have been.

After we’d said good-bye and I continued to show young families around the house, it occurred to me that that’s going to be me in 15 years. I’ll be in my mid-60s and my oldest son will be edging towards 40 (which is messed up, but whatever). I hope that someday we’ll be able to come back and see what has transpired here in our absence. I mean, the stuff you can see – like decks and kitchens. Whether or not this is a place to come and get divorced remains to be seen.

I did, however, get to peek recently at the house we lived in before we moved here. My oldest daughter and I had to pick something up from the family that’s lived there for I think over a decade and the owner asked us if we’d like to come in and look around. We’d moved there when that daughter, who’s now 21, was an infant and her older brother had just turned 2. We had another girl a few years later and so the house is mostly remembered by me as a place where I raised my babies. The kitchen that always had a high chair crammed in the corner or booster seats strapped to our old Ikea kitchen chairs. Where we’d spend rainy days around the table working with crayons and glitter and PlayDoh. On sunny spring afternoons we’d fill the big plastic pool I’d bought at ToysRUs with water and they happily splash the hours away or play in the nearby sandbox their dad had built for them one weekend. And the bathroom we built in our bedroom downstairs had a big Jacuzzi tub that easily accommodated three little soapy bodies to soak and make bubbly beards before bedtime.

In fact, it took me a long time to get over that house. I had terrible buyer’s remorse after we’d packed up every last Lego we’d accrued over eight years and moved to the bigger house across town. I regretted the impulse to upgrade our life. It turns out that bigger is not always better.

So my daughter and I walked around the house and a little bit down memory lane. The owner pointed out some things they had done – like refinish the basement – and some things that were the same – like the Dutch door that led out to the screened-in porch where we’d sit on summer nights and listen to a bullfrog croak in a nearby pond.

Once we sell this house, we’re still not going very far. We’re planning to stay in town. My youngest in going into seventh grade and we love our school system and I don’t want to pluck him from the middle school action and move to a nearby town. It’s bad enough that his parents are divorced.

I just want something smaller that I can afford along with my portion of two college tuitions and still get my hair done every six weeks.

And maybe some day one of my kids will come back and buy a house in town and we will be neighbors. When they were small, I liked to ask the kids where they thought they’d live when they grew up. Back then, I hoped they’d think bigger than I ever did and say they wanted to live in a big city or some exotic country. But now, in retrospect, maybe it’s not such a bad thing to just like what you have. What you know. Maybe I should have been proud when they answered, “Here, duh.”

14 thoughts on “Where We Live”