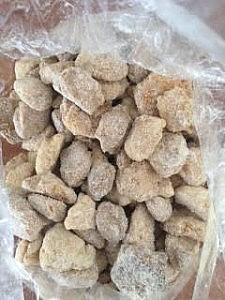 I’m finding it very difficult to embrace the New Year and all the new things I resolved to do and not to do when it still seems like 2013 around here. Actually, you could tell me it’s still 2011 and I wouldn’t really be all that surprised.

The problem might have a little bit to do with the giant bucket of crumbs that have been sitting on my kitchen counter since Christmas (wherein some evil genius decided to completely eliminate the pesky cake portion of coffee cake and package only the sugary topping) that I just can’t bear to toss in the trash.

It’s hard to resist all their little voices, calling out to me as I make my coffee each morning. I hate to be rude.

But the real problem is that I am surrounded, day in and day out, by people who are still on vacation. My college kids don’t go back for two more weeks and now that the holidays are over, they don’t really have much to do but watch Netflix and play video games.

Just when things started to get back to normal and the younger two kids returned to school on Jan. 2, a Nor’easter slammed New Jersey and deposited those two back on the couch with the older ones the following day.

So I still feel like I’m in a quasi-holiday, snow day, everyday-is-Saturday state of mind.

I did manage to squeeze a little bit of writing in between using my vacation days this past week to load up – once again – on a bizarre amount of dairy products from Costco, take a quick trip to Delaware to see my dad and play untold hours of Walking Dead Monopoly.

Here’s what I had to say: 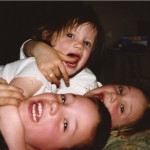 Blast From the Past

As noted on this blog ad nauseum, I pretty much killed 2013.

By now, we all know how I launched a blog, went to a blogging conference, traveled to Greece alone and kind of, sort of, tried to date (okay, not the greatest victory there). (READ MORE … ) 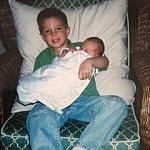 How Not to Hate Your Teens

I even made that observation aloud to one of them this week, in the midst of one such episode, “This is not how people usually talk to me.” (READ MORE … )

And while I did not actually write this post this week, I did reference it on Facebook and folks seemed to like it. Maybe you will too … 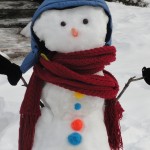 This is How I Miss Him

In the almost four years since my ex-​​husband moved out, there have been a few times that I really wished the guy was still around.

Like when it snows. Say what you will, but that man could shovel like a motherfucker. He’d be outside for hours, first clearing the driveway and front walk as the snow was falling and then again later, after the storm had passed. He’d clear a path in the back for the dog to get to a spot to do his business and when he ran out of stuff to shovel here, he’d start in at the neighbors’ next door. He never asked for help and we all stayed warm and cozy inside while he labored in the snow. (READ MORE … )