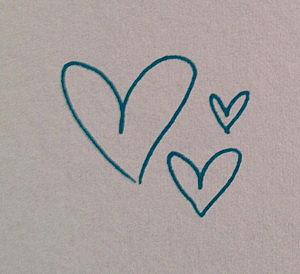 I wrote this post last year and what a difference 12 months can make (or maybe not having a job).

This year, not only had I purchased cards and candy well ahead of Valentine’s Day, I even was organized enough to send bags of candy to the two college kids in Virginia that even GOT THERE EARLY.

I’m never that together.

I also stumbled upon the aisle of boxed Valentine’s cards when I happened to be in Target in January, yes January, and called my fifth grader to tell him what was there and get ahead of the game.

“I’m not doing that,” he almost spat when I suggested he make a selection.

“But they have a million choices!” I told him. “Sponge Bob. Superman. Transformers.”

In the end, he relented to my prodding and picked NBA-themed cards.

I brought them home and they’ve sat on a counter in our kitchen until yesterday.

“Buddy,” I said to him last night. “Don’t you want to start working on your Valentine’s cards?”

So as it seems to happen so often in my life, my timing was once again way off.

So if any of you parents are feeling frantic because you forgot to get your kid cards in time, as you’ll see below that I did last year, you can come on over and grab mine.

I have a whole box. 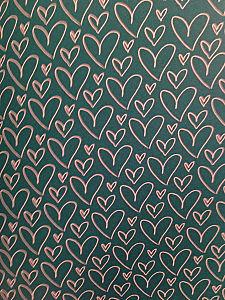 I am not a festive person. I do not come from festive people.

As such, I do not own colorful sweaters, necklaces that light up like Christmas tree lights or candy cane earrings.

It used to bum my children out that I didn’t want to create a cemetery in our front yard for Halloween or string twinkly lights in the front bushes in December. Isn’t it enough I buy costumes and put up a tree? Can’t they be happy with a wreath?

These are the phony holidays created solely to get you to spend money on things that nobody needs, like Barbie Pez and ties.

So, imagine my chagrin when I found myself last night at Target searching for Valentine’s Day goodies for my two kids still living at home.

Nothing says “I’m a horrible procrastinator” like standing in the seasonal aisle at Target at 5:30 the night before Valentine’s Day, huddled with all the other working moms and clueless dads in front of the few remaining pink stuffed animals and Necco Wafers that all the organized parents hadn’t already scooped up last week. It was like landing on the Island of Misfit Toys: Valentine’s Edition.

But there I stood, thinking, “This is stupid,” while one young mom kept telling her preschooler he was a brat and another mom, who had three little kids hanging out of her shopping cart, employing the “f” word to stop the all their bickering. Right there next to the bags of miniature Snickers bars.

Of course at this point, there is not one box of Valentine cards to be found for my 10-year-old son to bring to school the next day. No Dora. No Thomas the Tank Engine. Nothing.

I was talking to my younger sister, who is  like 14 years younger than me and has one toddler, on the phone while casing the joint and reported my findings.

“Go on Pinterest!” she says, and starts describing excitedly something she saw where I’d take my son’s picture holding out his arms and print it out and tape a lollipop to it. And I’m thinking, “Okay, I can do this,” and grabbed one of the remaining bags of lollipops from a bottom shelf.

I turned the corner and ran into a big display of Fun Dip cards that are pretty much the paper pouches containing the sugary dip and weird candy stick that kids can write classmates’ names on. I reached my hand out and hesitated for about two seconds, remembering then that you pretty much can’t send any food items into school anymore due to allergy restrictions, and then grabbed it anyway.

7 thoughts on “valentine’s day is stupid”