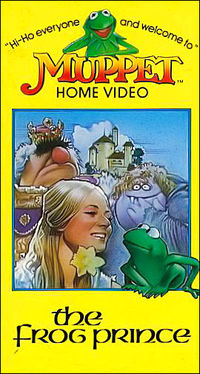 I am going to try to describe something that might be really hard for you to understand, given the world of instant gratification that you’ve grown up in. For most of your sweet young lives, you’ve been able to watch pretty much any movie or TV show that caught your fancy at any given moment. Through the gentle push of a remote control button, you have access today to an endless number of channels geared towards young’uns, programs recorded on your parents’ DVR or plucked from the Netflix, Hulu, Amazon and all the other magic apps that appear on your flat screen television.

Even way back in the dark ages of the early 1990s, when there were exactly three cable channels geared towards kids (Nickelodeon, Cartoon Network and the Disney Channel), my children also had an impressive VHS library of shows to choose from and could watch Bambi or Thomas the Tank Engine when the kids shows on our PBS station signed off for the day in late afternoon (I refused to let them watch the stuff on cable back then. #ohhowthemightyhavefallen).

When I was growing up amongst the Mayan ruins of the Triassic period (just go with it), way back in the early 1970s, there were zero cable channels dedicated to kids as there was no cable and we mostly had to get our fill early in the morning during the week and for a few precious hours Saturday mornings (can you imagine?). Other than that, we had to make do with reruns from 20 years earlier (like The Andy Griffith Show and My Three Sons) or old movies.

Of course, it wasn’t until later, like in the 1980s, that we could record shows on VCRs (but honestly, who could ever really figure out how to do that?). So when a show came on TV that you really enjoyed you savored that shizz. It was really, really special.

I remember my mom letting me stay up, a rarity, to watch The Wizard of Oz which only came on once a year (maybe Easter or Thanksgiving?). That was great until that part where Dorothy’s house is caught up in the tornado and Miss Gulch rides by on her bike and then turns into the witch and practically gave 6yo me a heart attack. Christmas specials, like Rudolph and Charlie Brown, only came on once a year and I can’t tell you how many times I’d seen bits and pieces of movies — like Yours Mine and Ours and Charade — but never the full thing from beginning to end. It all depended on when I found it on my TV dial.

And then there were television specials of my youth that aired once or twice and then disappeared like the Carnation Breakfast Bars and Chocodiles of long ago.

This all brings me to earlier this week when a conversation with my 14yo son reminded me of one of my most beloved TV specials from the 1970s: the muppet version of The Frog Prince. I was such a lame little girl that I’d have given anything to be the beautiful Princess Melora, even if I would have to talk wackbards. And I’m pretty sure we had the album at one point because I still know all the words to the songs and a lot of the dialogue.

How do I know this? Because before my son even knew what hit him, I had him trapped on the couch with the laptop resting on our legs watching The Frog Prince on YouTube. He resisted at first, telling me he was no longer into muppets, but I turned on some hardcore pressure.

“This is everything you need to know about me,” I told him, pointing to Kermit the Frog floating in a pond on the computer screen. “Seriously,” I said, pulling him way too close for his liking, “this is the most important TV show of my life.”

And, because he is a really nice boy and was probably tired from his basketball game earlier that day, he snuggled in and watched all 50 minutes with me — songs, corny jokes and all. Not to mention me singing along.

It just made me happy to share that important totem from my childhood and now am just wondering how I can pull off the same stunt with Free to Be, You and Me. I’ll have to catch him off guard again.

Please write with any suggestions and of course, let me know what your favorite shows from childhood were in the comment section below because that kid’s not going to college for another five years and I could really use some other reasons to make him sit a snuggle with me and stop looking at his phone (which you’re probably doing now, too.

Put down your phone and sign up to get all of my latest posts sent right to your inbox by typing your email into the box below and new posts will arrive without you having to remember to look for them. Everything should be this easy. You can also follow me on Facebook, Twitter, Instagram and (what the hell) Pinterest. [wysija_form id=”1″]

16 thoughts on “Totems From My Childhood”