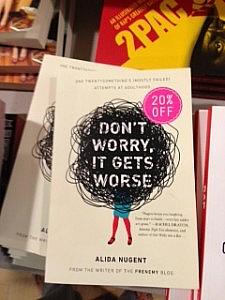 For those keeping track, I locked the keys inside my shiny, white minivan rental Friday night, bringing the number of not-so-great things that have happened to me this month to a total of three (well, four if you count that whole Kelly Corrigan wild goose chase).

So, as these types of things tend to happen in waves – often, I am told, in three’s – I should be done, right? Happy days are here again, and all that.

I’ve done plenty of stupid stuff over the years – one time I locked the keys inside my old minivan along with two of my young children on one of the hottest days of the year. Luckily the car had been running and the AC on full blast, the kids safely strapped into their car seats, my oldest son sucking happily on his Binky and staring at me through the window until the AAA guy arrived.

Another time I left the car running with the kids strapped inside to drop something off at a girlfriend’s house. In those days we were probably starved for grownup conversation and were having a full-blown discussion on her front stoop until we saw the van begin to back down the driveway. My oldest – probably around three or four at the time – had unbuckled himself from his car seat and toddled up to the steering wheel and put the van into reverse, not only setting the van in motion but also automatically locking all the doors.

Luckily, having locked myself out of this minivan one too many times before (see above), I had placed a spare key in a little magnetic box and attached it above the tire, which somehow as the car with my two young children was backing down my girlfriend’s driveway, I had the wherewithal to reach under and pull the box off the car, rip out the key, fit it into the keyhole on the driver’s side door, get in and stop the car.

Interesting that I had the presence of mind to perform all of those heroics when I was in my 20s but on Thursday couldn’t even remember to get the driver’s license of the guy whose rig hit my car.

So in retrospect, the recent turn of events has been far less dramatic. I enjoyed my first week of unemployment – minus the car accident and all the snow days and delays from school.

And, when I can access its keys, I am having fun tooling around in my minivan and think it’s hilarious how impressed the kids’ friends are when they get in.

“Whoa, this is so cool,” said my young neighbor when I picked him and my son up from school the other day and he watched the side door automatically slide shut.

I think I’m bringing the minivan back (cue Justin Timberlake).

So, if you missed any of this past week’s posts and have no clue what I am talking about (car accident, minivans, what?), you can catch up here: 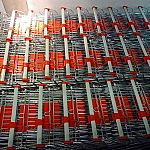 During the many years that I stayed home to care for my young children, I made it a point to avoid any and all supermarkets/​warehouse clubs on Saturdays and Sundays. I could do that because I had the luxury of being able to hunt and forage for pantry staples like Pop Tarts and Tostitos while everyone else was at work during the week. (READ MORE … ) 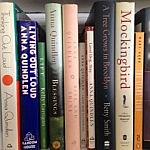 I don’t know what I’d do without my friends.

They lift me up when I’m sinking, listen patiently to my many stories mostly about myself, celebrate my victories, teach me to knit (and then tolerate when I show up for knitting with nothing to knit), critique my resume, go speed dating with me, invite me to their homes to write and always, always share their wine. (READ MORE … ) 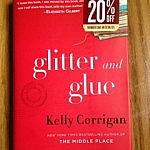 You guys, I have never tried to pretend that I am very smart over here. As a matter of fact, I often seem to be attempting to prove quite the opposite.

I’ve told you how I thought an undiagnosed case of scoliosis was the cause for my back fat and have shared pictures of myself on the Internet wearing a cheetah onesie (which I may or may not be wearing right now). 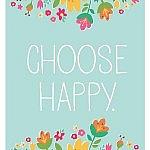 When I started to see all those posts this week of everybody’s Facebook movie, I was like, “Really? It’s not enough we need to complain about the weather and post those Throwback Thursday photos, but now we need to set it all to music?”

When will the oversharing end? (READ MORE … ) 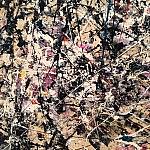 Putting Happy to the Test

In theory, this is a funny story.

So, you know how yesterday I was all like “Be happy, bitches”?

Well, the universe – or whoever’s running the universe (clearly having nothing better to do) – must have sensed my cockiness and thought, “This one’s a little too perky. Let’s throw her a real challenge today and shut her up.”

2 thoughts on “Three is a Magic Number”