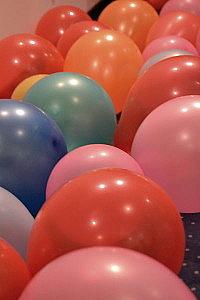 “Why is everyone turning 50 this week?” my 11-year-old son asked yesterday and I have to say, it certainly felt that way this weekend.

I spent most of Sunday recovering from back-to-back 50th birthday parties the day before. On Saturday afternoon the kids and I helped our neighbor celebrate his milestone with a small group of friends and family and lots of pictures from various stages of his life. Later that evening I attended a surprise dinner at a local restaurant for a high school friend hitting the big five-oh with a mix of his old and new friends plus lots of red wine.

My joke of the weekend was that I liked playing the part of the young ingénue by hanging around old people, but who am I kidding? In less than 30 months there will be 50 candles on my cake, too.

In the meantime, I really felt all of my 47 years yesterday while I tried to recover from what happened after the birthday dinner. I was driving home with old friends – and I mean “old” not because they were two grades ahead of me in high school (I’m still thinking in terms of high school) but “old” like they knew me when I was a brunette – and we decided what the night really needed was some more gasoline sprayed all over our steadily-burning fires.

So we headed to the kind of bar in the town next door that charges a cover just to go upstairs and drink overpriced vodka drinks and try to scream over the thumping music. The place was packed but it soon became clear that we were probably the oldest group there by about a dozen years. We tried, unsuccessfully, to scope out some prospective gentlemen for me and eventually gave up and went home.

I awoke on Sunday feeling way too old to be out clubbing after midnight and wondering if I’d be making more grown up decisions at 50.

Yesterday also marked my ex-husband’s 50th birthday and that was really weird and a little sad for me but probably not for him, because he’s away in some sunny spot with his live-in girlfriend celebrating the occasion.

But it’s weird to think that the cute boy whose locker was next to my best friend’s locker all those years ago was now older than my parents were at the time that I fell for him. I came across a picture of the two of us sitting on the beach together, circa 1982, and couldn’t get over what babies we were. I even have babies now that are older than the two knuckleheads sitting in the sand that day.

And it was sad that we’re both so annoyed with each other right now that I couldn’t even send him a “happy birthday” text. Because even though we’re not married, I still care about the lug – he was an important part of my life for a long time.

My daughter and I watched Wes Anderson’s “The Royal Tenenbaum’s” yesterday afternoon and I thought about how you never stop caring about someone when Gene Hackman’s character, Royal Tenenbaum, tells his ex-wife, played by the amazing Angelica Houston, that he is dying (which turns out to be a lie) and her reaction.

The milestone even gave my mom pause when I told her a few weeks ago that he would turn 50 this month. “Oh my god,” she said.

I guess his big birthday is just another reminder that none of us is getting any younger.

It was kind of a relief when I read yesterday that even Gloria Steinem struggled with the half-century mark. “Fifty was a shock, because it was the end of the center period of life,” she says in a piece in the Sunday Review section of The New York Times. “But once I got over that, 60 was great.”

Steinem, who turns 80 this week, goes on to say, “I seriously loved aging.”

And I’m inspired by that sentiment. I want to get out and explore and spend time with the people that I love and move towards the end with grace. I admire that Steinem says she only colors her hair and has left the rest alone and hope I can stay the course and not do too much fiddling with myself as things really start to go downhill. It won’t be easy as I already stand in front of my supersonic bathroom magnifying mirror and gently pull up my brows and cheekbones to see the girl I once was.

But I guess I’ll just sit back and appreciate that I still have another about another 870 days to come to terms with my own 50th birthday.

I mean, what’s the alternative?