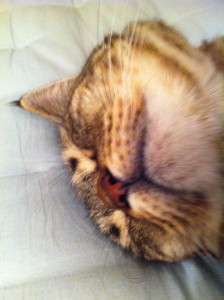 I didn’t go into parenting with the intention of becoming the breaker of hearts. To be the dasher of young dreams.

But it seems it’s a role I am destined to play.

Take yesterday for example: I was lying on my bed working Grey Gardens-style — with my laptop, assorted papers, reading glasses and Kindle strewn about – when I heard the kitchen phone ring.

Now, I don’t know who’s calling your landline, but for the past year or two those callers here seem to consist mainly of robocalls coming from “Unavailable” or Gap credit services to tell me my payment is late. Again. (Listen, why can’t those Old Navy people set up some type of autopay plan so I can make timely payments AND receive my $10 coupons?)

Anyway, I hear the phone ringing and even though I can also hear a number of my children’s voices coming from downstairs, I wonder if anyone is even going to lower themselves to the level of the wall phone and answer it. It’s so beneath them.

But someone does and then I hear footsteps running quickly up the stairs.

“Mom, it’s for you,” says my youngest child, slightly breathless and looking a little excited. I’m about to tell him to tell whomever it is to take us off their calling list, when he adds, “It’s Jack F’s mom.”

I had heard through the fourth grade grapevine that Jack F’s mom has a number of slimy, jumpy reptilian things to farm out before her family packs up and moves across the country this summer (boohoo), so I had a good idea why she was calling.

Apparently, our boys had already discussed this dilemma and my guy was first-in-line to take their bearded dragon off their hands.

Let’s back up right here.

At this stage of my life, I no longer wish to be tasked with keeping anything alive. Even if it’s small enough to fit inside a shoebox.

I’ve kept four kids alive for over 20 years, and I’ll have you know that all of their fingers and toes remain intact. I hate to mess with that track record.

Isn’t it enough that I got guilted into harboring a half-dead cat in when it appeared in our garage during a snowstorm a few years ago, who is now under the impression that she is second-in-line for the crown and has become clinically obese? 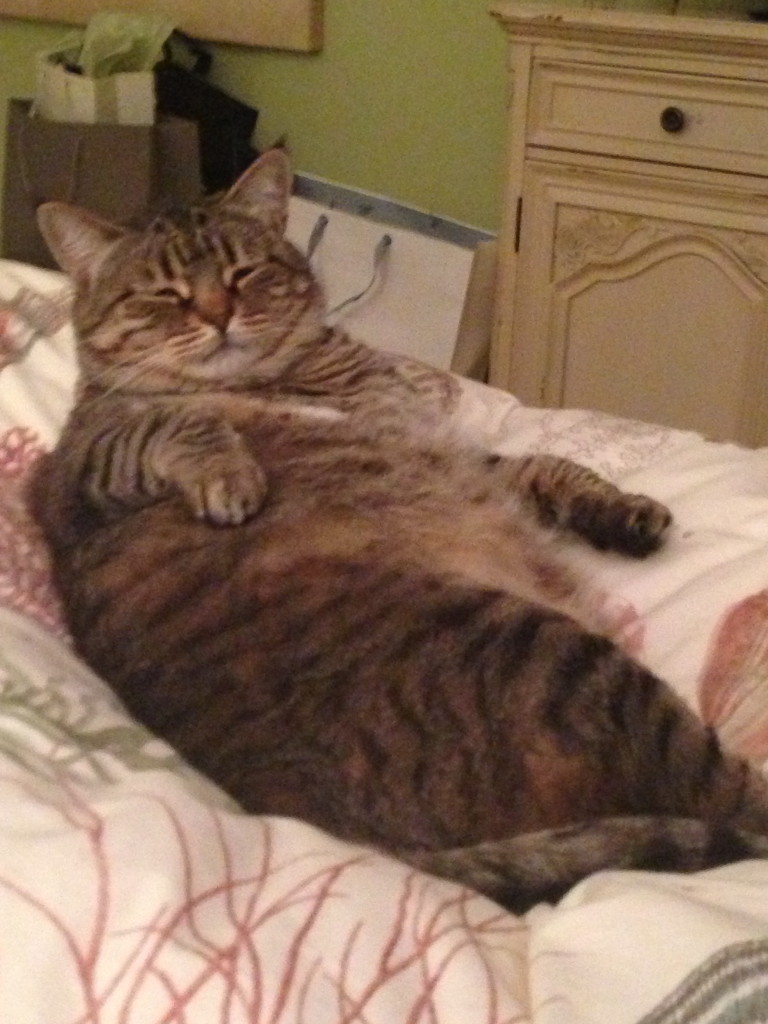 I am also trying to minimize the number of creatures whom I need to clean up after, and by that I specifically referring to their poop and barf.

And finally, I really haven’t bounced back since our dog Rudy, a truly glorious Golden Retriever and the finest and truest sidekick a girl could ask for, died suddenly one day last year. My heart is still sore from that loss.

I really don’t know how people can withstand the heartache of losing a pet, and just keep getting new ones. (Interestingly, I also seem to have suffered the same PTSD after losing a spouse.)

Okay, I’m pretty sure that I won’t get attached to the bearded dragon the way I did to Rudy. The thing probably won’t go for walks with me in the woods, lie under my desk while I’m working or try to trick me into petting it all the time. It might have similarly bad breath, though.

We’ve had an assortment of critters over the years: First, there were Bonnie and Buster, the hermit crabs that we brought home from the boardwalk when the kids were little and who briefly lived in a world dominated by pink sand and a beautiful purple castle. I would routinely forget about the two of them, though, between the potty training, half days at nursery school and trips to the playground, so Bonnie and Buster just kind of slowly shriveled up and eventually kerplunked out of their bedazzled shells onto the soft, pretty sand.

Then there was Huck the Frog, who lived about a week and then promptly died while he was placed under our friends’ care when we went out-of-town (He was already looking a little peaked when we dropped him off and then our pals were stuck with wrapping Huck up and keeping him in their freezer until our return. How do you say “thank you” for that sad timing?).

Then there was Chester the Guinea Pig – aka Dodo – routinely ignored by his caretakers, and then doomed when I banished him (her?) to live in the basement, where he/she quickly passed on and fossilized until I came upon the grisly scene one day. We did have a beautiful ceremony, though, commemorating Dodo’s life here on earth and he/she is now shaded for eternity by a gorgeous hydrangea bush.

Then there were the two white mice, whose names I never knew and who, I recently learned, were given the run of the girls’ dollhouse for their daily workout.

I don’t even remember how those two died.

Obviously, the takeaway from all of these experiences is that kids can’t take care of their own pets and I’m not much better. I should stick to killing houseplants.

So, when my oldest child, who I truly love but is maybe not the most thoughtful of people, got a bee in his bonnet last summer that he needed a lizard, I was adamant that the thing was not coming into my house. Aside from the obvious issue that I would be constantly worried that it would slither out of its tank and make its way into my bed, I just couldn’t have any more blood on my hands.

I relented when I saw how the cause united the four children.

“You never let us have pets,” they shouted in unison and then drove off and shortly returned smugly bearing a cardboard PetCo box carrying a bright yellow gekko named Gordon. 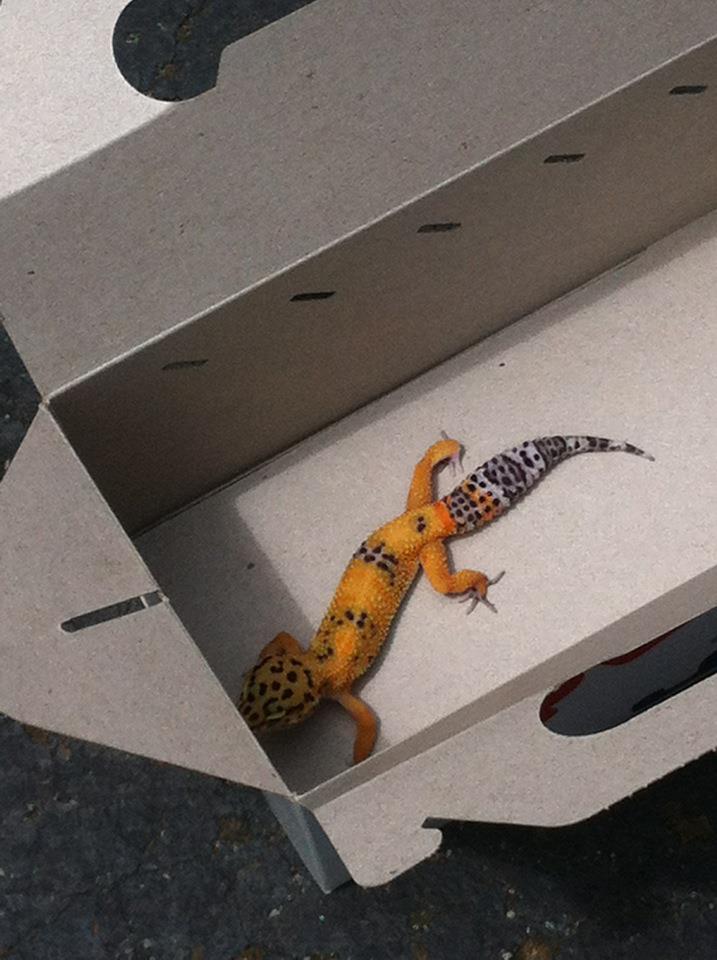 And since then, my eldest has been trying to make his lizard my problem.

By the end of last summer, he decided maybe Gordon should stay here and not head off to college with him, but I made sure that the Gekko and his tank were firmly packed in our SUV when we moved my son into his apartment off-campus in August.

My son has since discovered that keeping something alive takes work, and he has to keep hauling the thing and its accoutrements back and forth for school breaks. He has also learned that some college girls get weirded-out when they end up in some guy’s room late at night featuring a dimly-lit tank littered with frightened crickets. It’s creepy.

So I headed downstairs with my little guy hot on my heels to talk to Jack F’s mom and tell her that it was really nice but I just don’t want to take care of anything else right now.

I watched his face crumple a little, but when I hung up, I suggested that maybe he adopt his brother’s reptile instead. An olive branch, to be sure.

“Mom,” he cried, “This is, like, my only chance to have a bearded dragon. Do you know how cool they are?”

And frankly, I don’t. I just know there’s the word “dragon” is involved and I’m nervous.

My workaround was to try to get his father to take in the soon-to-be-homeless critter, but he wisely texted back, “No thank u.”

And now I’m wondering if I made the right call. If any one of my children is responsible, it’s this guy – even at 10. And while he won’t be able to drive to Petco to buy the crickets and mealworms or whatever disgusting thing a bearded dragon needs to stay alive, he probably would be more on top of its care than some of his siblings were of their pets.

I mean, really, doesn’t he deserve the chance to kill something like the rest of us?

17 thoughts on “there will be blood”