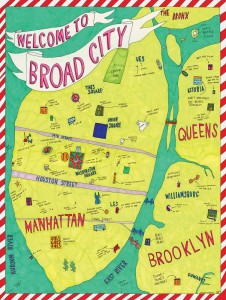 I’ve been sick for the past few days. Not tired with some sniffles or not feeling 100 percent like myself sick. No, this was like legit fever, chills and feeling like my head-would-explode-and-splatter-all-over-the-walls-of-my-bedroom-at-any-second sick.

But I came home from a thing at my daughter’s high school one night last week, while I was still pretending that everything was okay, and for some reason thought, “I wonder if I have a fever?” and shoved the thermometer in my ear.

And it’s like I needed that validation. Like it confirmed that feeling like I was going to die was not a figment of my imagination and I didn’t have to power through it. I could stop pretending that everything was fine. It’s like I finally had permission to put on my pajamas and get into bed.

At one point, my oldest daughter insisted I get in the shower as she was concerned I was beginning to look like “a homeless person.” It’s my hair, really. When I haven’t washed it in a while the cowlick I’ve got going on in the back gives my hairdo an especially unkempt look. The way it might look, perhaps, if I’d been sleeping on a park bench or on a piece of cardboard set up on a sidewalk.

The upside to all of this lying around was that I got to watch a lot of shows I’d been meaning to get to and even a couple of zombie movies for good measure.

On Saturday, while my younger two kids were away skiing with their dad, my older daughter and I sat on the couch for an entire day watching TV. We watched the zombie movie 28 Days Later and then followed that up with the sequel 28 Weeks Later.

It turns out, I had already seen the first one (I realized, like halfway through) but we decided after a now-steady diet of Walking Dead, the movie was not so scary nor very gruesome. But we liked it enough to keep going and watch the second and even though it starred more famous actors than the first movie (Jeremy Renner, the guy who plays Rumplestilskin on “Once Upon a Time” and Rose Byrne — and ps: what isn’t Rose Byrne in nowadays?), we thought it was pretty dumb.

But we made up for all of that by watching the entire first season of Comedy Central’s “Broad City.”

You guys. It is so insanely inappropriate — rampant drug use, sexual situations and naughty language — but it had me and my 21yo dying watching these two best friends, Abbi and Ilana, do whatever it is they do all over New York. Later, when my younger daughter came home and watched some with us, she decided she was dedicating her life to becoming Ilana. I mean, who wouldn’t love a show that describes the vagina as “nature’s pocket”?

“Broad City” started as a web series but now it’s a legit 30-minute show on Comedy Central. Amy Poehler, one of my personal heroes, is a producer and directed at least one of the episodes and I saw Abbi and Ilana on The Daily Show not long ago and John Stewart was fawning all over them so get on it now so you can tell everyone you knew them when.

And that brings me to Amazon’s “Transparent.”

Stop reading this right now and start watching it.

You need to know up front that it, too, is pretty raunchy. Lots of sex.

And I am not Jewish, I did not grow up in Los Angeles and I don’t really know any transgender people but I just TOTALLY GET IT. The whole vibe is fabulous and Jeffrey Tambor’s portrayal of Maura is so lovely and poignant and it’s helped me understand a little of what it must be like to go through life masquerading as someone else. His kids are selfish assholes and his ex-wife, played by Judith Light, is a total character and he’s just trying to be true to himself.

I can’t tell you how much I loved when he tells his daughter that he’s been dressing up like a man his entire life.

Anyway, I’m now way behind on “House of Cards” and “The Americans” and am all over Netflix’s “Bloodline” when it starts streaming this Friday, so maybe I’ll need to start feeling a little under the weather again.

Um. On second thought, pretty much nothing was worth feeling that bad.

2 thoughts on “The Upside of Being Sick: Broad City and Transparent”