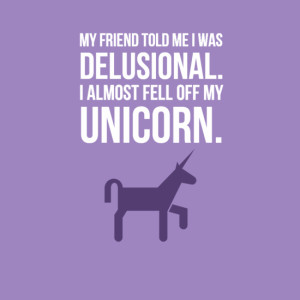 This morning, I told the guy that I work out with twice a week that one of my main issues – okay, other than my penchant for wine and hankering for unavailable men – was that I am an under-estimator.

“Calories, drinks, kids,” I told him, “I always just assume I have less of something than I really do.”

(This can also be applied to my weight, the amount of time I spend on Facebook and my monthly AmEx bill.)

Interestingly enough, I employ the opposite thinking with the amount of money I have in the bank. I always operate as if I have more than I really do.

We were discussing the Fitbit that my friend, who also exercises with the man I like the call the Girl Whisperer, just bought and we were kind of teasing her about it.

She’s rail thin, quite fabulous for a girl in her late 40s – or late 30s, for that matter – and she bought the navy  bracelet to help her keep track of how many steps she takes each day and ultimately lose six pounds. Not five. Not seven. Six.

She also synced the device to her computer to input what she eats to help her determine how many calories + how many steps she needs to achieve her weight loss goal.

I was saying that it would be a waste of money for me to get a Fitbit because I’m terrible at keeping track of things and always just assume I’m better than I really am. So like, I’d be good about inputting the salad I ordered at dinner last night but would forget to add the dozen or so French fries I ate off my son’s plate. Like, that shit doesn’t really count, does it? The same thinking applies to food eaten while standing up or intoxicated. Those calories are like the unicorns of eating: magical and nonexistent.

But truth be told, I actually did buy a Fitbit a few years ago when they first came out. I had been steadily gaining weight and blamed it on all the sitting I did working on my computer and at meetings a few nights a week for my all-consuming job. I was still running and working out but assumed that I was just moving around a lot less during my day than I did before I worked full time and just needed to get off my butt a little more.

Enter the Fitbit. I dutifully typed my vital statistics into the computer and starting wearing it around clipped to my bra as I went about my day.

What I neglected to take into account were all those boxes of CheezIts and bags of Doritos I was plowing through late at night watching the Daily Show whilst the FitBit rested on my brassiere and was showered in orange dust.

But then I legit popped a zipper on a pair of jeans – a really cute pair of, like, AG ones from Anthropologie —  that I was trying to squeeze into for a night out and I sucked in my tummy and pulled up the zipper, exhaled and POP! went my pants. Rock fucking bottom. Luckily, my vanity would not put up with this downward spiral and I got serious about paying attention to every single fry and M&M I put in my mouth and just wore those – now repaired – jeans the other night and the zipper went right up and they looked cute. Case closed.

So anyway, now you know. And it wasn’t a matter of walking 10,000 steps a day or counting calories. I just stopped eating shit and got back to my regular self.

It probably all comes down to paying attention, something I’m not always so good at. There’s probably a will power element involved here too, since I tend to go for the immediate gratification and not worry about consequences. But whatever.

I’m still a work in progress, regardless of how many calories, drinks or kids I have. And I’m always looking for unicorns.

Have you signed up to get new posts emailed delivered straight to your inbox? Then what are you waiting for? Just plug your email into the box that says “receive new posts in your inbox” and you’ll get an email every time I post something new. Luckily, I’m lazy so it’s not that often.