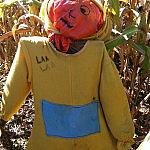 The kids and I crossed a lot of things off our to-do list this weekend. We stocked up on milk and Greek yogurt at Costco, cleaned out about seven contractor bags worth of outgrown clothing, old magazines and Nerf guns from our closets and finally got around to buying the 10 year old’s Halloween costume.

That last one was the biggie.

He had been talking about what he wanted to be for Halloween this year practically since last Halloween. Maybe it was because in this neck of the woods, there was no trick-or-treating last year thanks to Hurricane Sandy.

But other than my inclination towards procrastination, one of the things holding up procuring the kid’s costume this year had been a differing of opinions. While he is totally cool with playing the role of assassin or ninja with a full battery of weapons, I just couldn’t get on board with endorsing violence.

More specifically, what he really wanted to dress up as was a character from Mortal Kombat, and even though his older brother spent a few Halloweens walking around town dressed as a Ninja – nunchucks dangling from the costume’s flimsy belt – 10 years later I would rather not see my child masquerading as a murderer.

Even if it’s makebelieve.

So after our Costco outing on Saturday we ran into one of those pop-up Halloween shops that mysteriously transform vacant mall and highway stores around here at this time of year.

Number one, I don’t know how people with young children are able to shop in these places. My kids would have had heart attacks as soon as they eyed all the creepy stuff that assaults you as you walk through the door.

Like, my kids cried the first time they saw the characters at Disney World. Chip n’ Dale had them weeping with a wave. And once we took them to the Rainforest Café in Orlando as a big treat and they almost passed out when it started to storm and the fake animals surrounding us came to life.

Anyway, we walk in and it’s just like a weirdo-fest in there, with employees walking around in creepy costumes and spooky animatronic dead things shrieking at you.

My mission was to get in and get out asap, but my son is a slow decision maker, especially when he’s being told to choose something other than what he wants to pick.

He drifted around for a while and inspected the big, rubbery Gru mask and the section with all the Adventure Time costumes (which didn’t exist in 2011 when he wanted to dress up like the character Finn from the then-obscure Cartoon Network show; we had to piece together the costume, which included a backpack his sister sewed using a YouTube video as guidance). 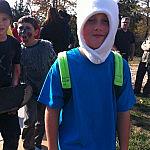 Halloween 2011 and no one has any idea who the kid is. 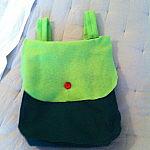 You can learn how to do anything on YouTube. Like tie a tie or use a can of Axe as a blowtorch.

Then we came to what I like to call The Violent Section, which included an array of Ninja style-costumes and an extensive selection of weaponry (but, alas, no Mortal Combat). He spent some time inspecting the various daggers, swords and shields lining the wall before reluctantly moving on.

In the end, he quickly chose one of those one-piece skin suits in yellow that’s styled to make him look like a crash test dummy. He seemed pleased with it and it fit him so perfectly when he tried it on that it was pretty creepy how much he actually looked like one of those dummies. 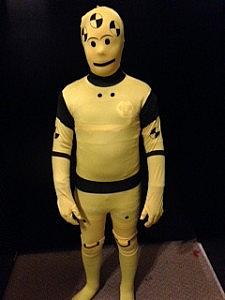 I feel bad that I thwarted his dream to be the Mortal Kombat dude. That I needed to control his fantasy. I just couldn’t endorse a character based on a video game that is known for its extreme violence.

A video game we probably have right now in our basement. My 21-year-old son has all those terrible games, but he didn’t when he was 10.

So maybe I’m a hypocrite, but I just preferred my youngest pick something else.

And he did, because he’s that kind of guy. He didn’t argue or carry on. He didn’t threaten to boycott Halloween if he didn’t get his way.

He just found something else.

Pretty soon it won’t matter anyway. They stop dressing up by the end of middle school and then I’ll just see pictures posted on social media, if I’m lucky, of them dressed up at costume parties in college. I saw my oldest guy dressed up like a nerd at a party last weekend and thought it was pretty cute. It got my Mom Seal of Approval.

But until then, my little guy will be stuck humoring me. It could be worse. He could have been a girl and then I’d be up against all the sexy fill-in-the-blank costumes that are out there. Then maybe I’d be wishing she’d cover herself up as a Ninja. 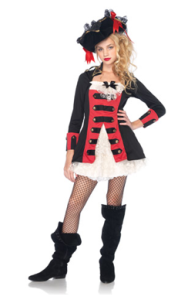