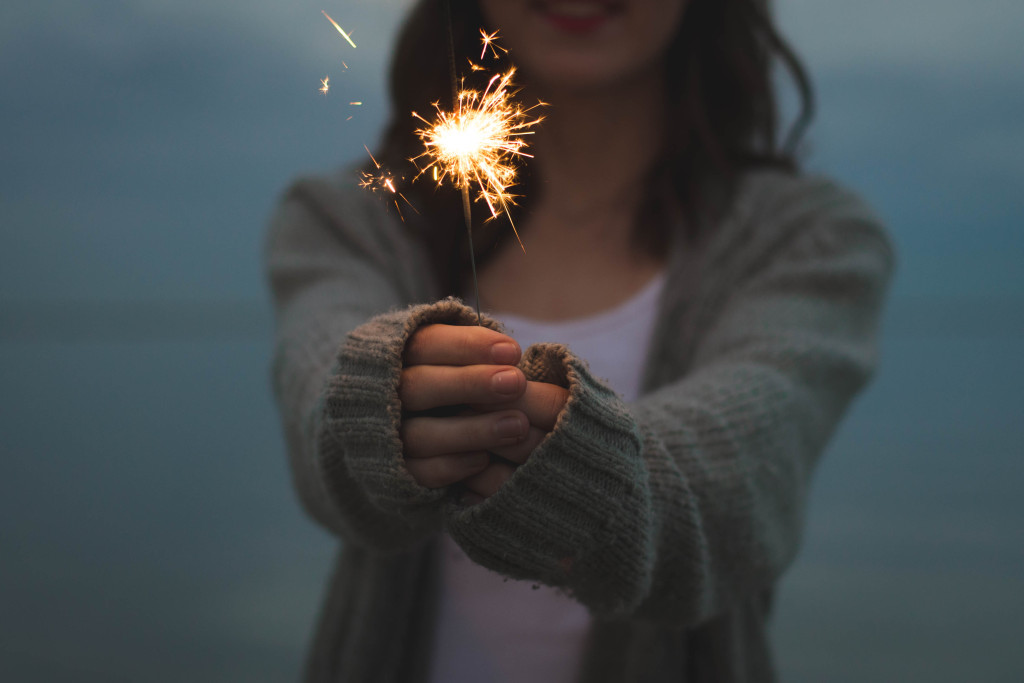 Learning how to be enough.

On Saturday night I went to a super-fun party in my small New Jersey town and danced like there was no tomorrow.

The luau-themed affair was a fundraiser for our school district’s parent-teacher organization and it was held under a big white tent on somebody’s beautiful front lawn where very cute waiters passed precious hors d’oeuvres and bartenders filled our glasses from big pitchers of sweet mojitos.

I wore my very-favorite Forever 21 party dress, the one I picked up on a trip to San Francisco with my sisters maybe eight years ago – back when you could still find a gem or two at the now-ubiquitous mall store – and even though it’s made of acetate and cost about $20, it somehow makes me feel pretty whenever I slip it on.

The organizers had hired a fun local band and my gal pals and I jumped around to Hall & Oates and Journey songs on the packed dance floor late into the humid June night. And of the almost 300-and-something mommies and daddies crowded under the tent and singing along to songs from the 80s, I was probably the only one to have purchased just a single ticket for the event.

There are days that go by that I never even think about being single. The thought never crosses my mind. My life is full of my four children and lovely friends and books and writing and hiking and food shopping and juggling this whole shebang of a life and sometimes I’m really surprised when something reminds me that I’m divorced. Sometimes it really catches me off guard.

But Saturday night I really felt my singleness, but want to make it clear that it’s not because anyone made me feel that way. It’s just because it’s my own shit. My own internal hot button that gets pushed when I feel the absence of a plus-one. I feel the humiliation that comes from thinking anyone might be feeling sorry for me. That my aloneness is somehow kinda sad. I hate to think that husbands think of me as their wives’ perpetually-single friend who’s now become their problem.

Because right now I’d much rather be in my own company – which I kind of enjoy – rather than make any kind of compromise just to be a part of a pair. I mean, I’ve written about this before.

I came home from my nephew’s fourth birthday party earlier on Saturday – which had a superhero theme and the highlight was getting to snuggle somebody’s three-week-old baby – and realized I had nobody to go to the luau with. I had not made plans to attach myself as a third wheel to one of my couple friends. I laid down on my bed and struggled to decide which was the sadder scenario: inviting myself to go with friends or arriving by myself. I can’t tell you the wave of sadness that I felt and considered bagging the whole thing except my daughter had given me wavy party hair earlier and I hated to see that, and the $65 ticket, go to waste.

But when you are not a part of a couple, you’re also not included in a lot of couple-driven stuff. It’s not that you’re excluded; coupled folks just don’t think to include you. I have wonderful friends who have scooped me up and wrapped me into a lot of their fun but the trouble probably is that they’re all married.

And really, how am I ever going to meet available men if all I do is married-people stuff?

The feeling sorry for myself part lasted about 30-seconds. I got a little teary eyed and then realized how ridiculous I was being and picked up my phone and started texting friends and in no time a car pulled up and I squeezed in with some of my favorite couples as their seventh wheel. Once we got to the party, the men gravitated towards other men and women did the same and by the end of the night we were all standing around another couple’s kitchen and laughing over cocktails and pretzels and I had long stopped feeling sorry for myself and my single status.

There are wonderful things about being alone – full power over the remote control is just one thing that comes to mind – and there’s lots of good stuff about being part of a twosome – like you never have to arrive solo at a party or sit alone at a bar.

Maybe it’s just a matter of enjoying where you are in the process and for me, it’s knowing that right now, I am enough. And maybe, just maybe, I should just stop thinking and dance.

11 thoughts on “The Third Wheel”