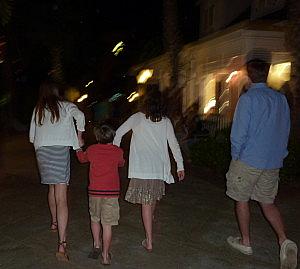 It happened at the stroke of midnight, just a few hours ago, the vanishing of one of my two remaining teenagers. In the blink of an eye and the tick of a minute hand, my oldest daughter turned 20 while I slept.

She joined her brother, now 21, in what I guess could be categorized as young adulthood (with the caveat that both are very much still on their folks’ dime), leaving one teen in my life.

It wasn’t that long ago that I lived in a house bulging with three teenagers, the walls barely containing all the hormones and angst radiating off of my children, like the ever-present stinky waves that surrounded Pigpen.

Teenage angst emanates off my kids like the stinky waves surrounding Pigpen.

And I have to say, I am surprised to find myself the mother of two kids that are in their 20s.

In a way, I defined myself as being the mom of so many teenagers. Their assorted issues dominated my thoughts and much of my time in therapy as I struggled to navigate the choppy waters of growing up. Again.

Worrying about how late to let them stay up on school nights and whether they were getting enough fiber quickly morphed into weekend midnight curfews and  battling underage drinking.

All the stuff that clogs the highways that get you from the Point A of childhood to the Point B that is adulthood, the things I thought I’d said good-bye and good luck to many moons ago, became a part of my everyday landscape: broken hearts, driving tests, SATs, pimples, high school sports, college essays, prom dresses, boutonnieres, after school jobs, queen bees, lunch tables, eyeliner and AP Calculus.

Just when I never thought any of it would end, we seem to have rounded a corner. The end, of this chapter anyway, is in sight. And that’s what has me feeling slightly melancholy on this 20th anniversary of the birth of my second child.

Three years ago, when I had a junior and senior in high school, and an eighth and second grader, it seemed like I’d never get through it all. There were days I thought I would drown underneath everything that needed to happen (see the long list above) and all the FEELINGS in my house.

And now here we are. Two kids away in college and another is well on her way. Pretty soon things like resumes, internships, roommates and first apartments will become an integral part of our vernacular.

Just when I was starting to get a handle on all the other stuff.

And honestly, it’s making me feel kind of old. Having half of my kids now in their 20s is actually making me slightly nostalgic for teenagers.

And then as if by luck, my 11-year-old son came into my room bright and early this morning to announce he was having a hard time breathing and let me return to a place I know best: being the mother of a child.

So for the umpteenth time, I ushered a kid into my small bathroom and turned the shower knob to its hottest setting and let the steamy mist fill the room. I slipped out to get him a pillow and blanket so he could get cozy on the tile floor, and we sat and waited for his breathing to ease up.

Later, after I set him up in my bed to watch Cartoon Network with some ice water and Motrin and called the school and the doctor, I told him I thought he had the croup again and suggested we try the nebulizer before heading out to see the pediatrician.

“Why aren’t you a doctor?” my son asked. “You seem like you know all this shizzness.”

And in many ways he’s right. Four kids and 20 years later, I am an expert on changing the most explosive of diapers, could diagnosis a croupy cough coming from three rooms away and have been known to breastfeed a baby while browning ground turkey for tacos.

I was that good.

And now, where has it gotten me?

Because just when you get the lay of the land, know exactly what needs to be done in a variety of situations, it’s time to get in your boat and set sail again.

Pretty soon I’ll be shoving off for parts unknown and will need to develop a whole new set of skills to survive all that waits somewhere just around the bend.

But until then, I need to go pick up all the Legos my little guy left scattered around the den before I made him go upstairs to take a good, long nap.

I’m keeping one foot firmly planted in childhood for as long as I can.

9 thoughts on “The ‘Shizzness’ of Being a Mom”