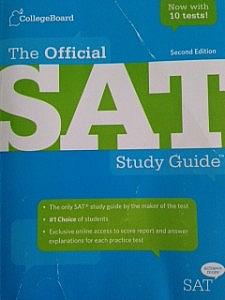 “That is so not fair,” observed my 16-year-old daughter as she drove us around yesterday afternoon to do some chores while we listened to “All Things Considered” on the radio.

She had just heard about the changes coming to the SATs and, as she prepares to take the college entrance exam for the second time this Saturday, was agitated.

As things don’t always go so well for us when she’s behind the wheel of our car, I decided not to try to downplay the cruel twist this news presented, coming on the heels of about five months of classes she’s taken to prepare for the exams.

Starting in 2016, the test will revert to the 1600 score format and make the writing portion optional. The vocabulary section will focus more on words that crop up in every day school and work environments – like synthesis vs. sagacity – and test takers will no longer be penalized for incorrect answers.

The College Board has determined that the current iteration of the SATs doesn’t focus on academic skills – the things kids are learning in the classroom – and puts low-income students at a disadvantage.

I’d estimate that over the course of three children I have spent around $3,000 to prepare them to take the SATs.

The older two kids went and sat with a local woman – you know, the SAT prep expert you HAD to use, was IMPOSSIBLE to get in touch with and was THOROUGHLY booked months in advance. She charged $90 an hour – although the weekly practice test kids took as a group was free – and met privately with each student at her office.

This time around, we decided to try an outfit about 20 minutes away that does group classes – at $80 a pop – and kids can pick and choose what they’d like to focus on. I don’t know if it’s the environment or my daughter, but she seems more focused on studying for the SATs and is already talking about taking it a third time in May if her scores don’t go up to where she’d like them to be.

As usual, I struggle with making any type of commentary about SAT scores, not only because I know that ultimately it’s their lives and I can only push so much (or can I?), but also because the little darlings go on the attack and ask how I did on my SATs.

Because the general consensus around here is that I am a complete screw up. (I might have mentioned to them that my one attempt at the test looked like this: I was completely unprepared, had gone out the night before and was slightly hungover and got a speeding ticket rushing to get to the school where I needed to take it at the appointed early morning hour. This was not a recipe for success.)

I’d like to prove my children wrong. In fact, there’s a part of me that would like to prove to myself that I could have performed a lot better on the test, had I just been a little bit more prepared. And not hungover.

Sometimes I’ll do one of those SAT practice questions on the College Board web site (the reading ones, not the math, silly), and I usually kill it. The vocab words aren’t that hard either if you ask me.

But the math section would obliterate any of my reading and writing success.

This is why I got such a kick out an article I recently read in The New Yorker about another mom who had the same urge but actually went ahead and took the SATs. And not just once but multiple times, which she writes about in her book “The Perfect Score Project: Uncovering the Secrets of the SAT.”

Debbie Stier, the author of the book — a divorced mother of two and successful book publicist — discovers somewhere between her fourth and fifth SAT rounds that she has tested on the third grade level for math. So while she goes on to score a perfect 800 during one try on the writing section and 740 in reading, her math never gets over 560 despite devoting herself full-time to the endeavor and availing herself of numerous test prep operations.

“Taking the SAT is not something to do lightly,” points out Elizabeth Kolbert, the author of The New Yorker article “When Mom Takes the SATs.”

She, too, decides to take the exam and towards the end becomes confused by her answer sheet, inadvertently filling in bubbles in the wrong section and unsure which to erase.

“In the confusion, I felt my chances of getting into the college of my choice slip away which, considering the circumstances, says a lot about the power of the SATs,” Kolbert writes.

So I’ll be glad when it’s my daughter getting out of the car early Saturday morning with her #2 pencils to take the SATs and not me.

I’ve got to get to spin class.

7 thoughts on “The Secret to a Perfect SAT Score”