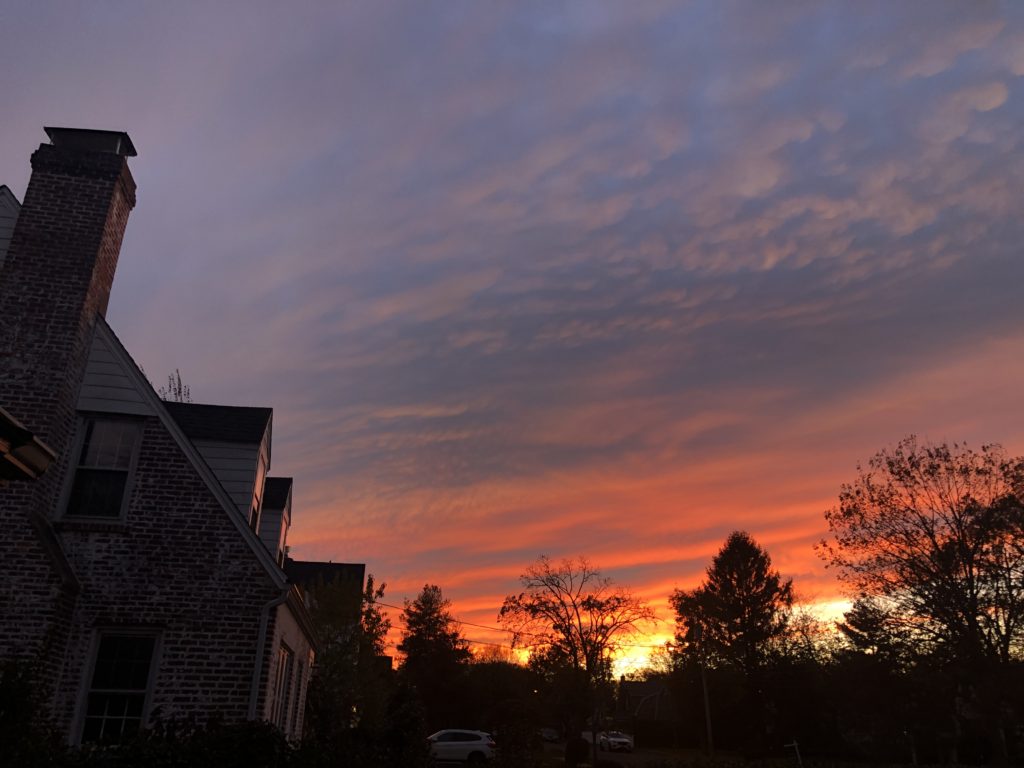 I was in the middle of doing a sit up when Dan asked me how I was doing after getting dumped last week. I’d actually been waiting to tell my friend about this romantic development until it felt a little more legit. My friend Dan is a lot of things — hunting advocate, sworn enemy to sugar, an occasional handyman when things are falling apart in my house — but he’s also skeptical of men and their intentions. He’s also often right, which can be maddening.

So, I didn’t really want to hear anything negative about this new dude. I was trying to use my own BS monitor to assess the situation without letting anyone else color my opinion.

But then the new dude straight up dumped me while my dumb dog was snuggling in his lap, and I reported the situation to Dan the next time I saw him.

“It’s gotta be tough,” he said as I lifted my upper body off the ground to touch my right toe with my right hand in midair. “Now you’re never going to want to date.”

I sat up on my purple yoga mat and wrapped my arms around my knees and told him that in fact, thanks to Adam Driver, I was feeling quite the opposite.

“You’re not really going to understand this because you’re not a Broadway dork,” I told him, “but I watched the movie Marriage Story last night and Adam Driver sings a song from the musical Company at the end and it killed me but also reminded me what life is all about.”

The song, “Being Alive,” comes at the end of both the movie and the Sondheim show when the main characters come to realize that it’s the messiness of life, the complications of being in relationships, that means we’re alive. It’s not just standing on the sidelines and making sure we’re never going to get hurt, but getting in there and playing the game, whether we win or lose.

My therapist, Jennifer, had told me as much when I reported a few weeks earlier that I’d started dating someone. I’d told her there were some red flags, some things he’d said that were troubling. “What if he’s just a douche like all the guys around here?” I asked, pointing out that lots of dudes where I live are successful and have the giant egos to match their bank accounts, which confuses them into thinking they can behave badly.

But Jen wasn’t having it. She told me that was like saying all women were gold diggers and that I needed to stop standing on the sidelines wringing my hands. She reminded me of a story I told a few years ago onstage about finding the courage to jump off a cliff with my young daughters at a quarry one hot summer day in Vermont.

How we’d sat on our picnic blankets eating lunch and watched people get to the edge and jump, and it looked so easy. But when we got up there and I looked down at the cold water below, I panicked.

A few months earlier I’d told my husband of 17 years I wanted a divorce and that was a giant leap off a cliff of indecision I’d been standing on for a long time. It was terrifying but also propelled my life in a healthier direction.

In the end, the girls and I counted to 3 and leapt off the ledge of the quarry and plunged into the icy green water below. The bracing temperature and thrill of flying through the air propelled us back to the surface where we floated on our backs for a bit and caught our breath. It had been scary, but worth it.

So I did. And for a few weeks, I felt pretty alive. And it was nice, despite the outcome.

Then Adam Driver started to sing at the end of Marriage Story and I immediately knew the song, because I’d seen the show when it was revived on Broadway in 2006. By then, I understood the complexities of marriage and relationships — topics dealt with in the play with lyrics only Sondheim could write. And I remember sitting in the darkened theater listening to the words of the final song, “Being Alive,” which acknowledge how annoying relationships can be — partners can be needy and hold us too close, hurt us too deep — but also, remind us of being alive.

“Are you fucking kidding me?” I said to myself when Driver started to sing, my eyes starting to water. I’d been sitting on my couch feeling sorry for myself, when I impulsively started the movie two hours earlier. “You’re going to starting singing THIS song?”

But it was a gift. As was the whirlwind relationship. Because it reminded me that what I most want out of this life was to live it.

Take the plunge and sign up for my Friday newsletter where I generally overshare whatever’s going on in my life, and some things I can’t get enough of like books, podcasts, movies and sometimes: bras.