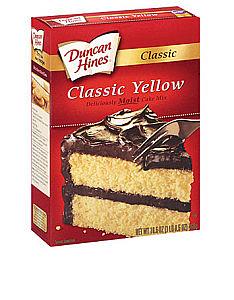 Looking for a sure-fire way to drop 5 to 10 pounds fast?

Forget what you read in all the magazines or the ads you see on TV.

My advice is to get a divorce.

You’re never hungry, could care less about food and find yourself fitting into pants that haven’t felt right since you gave birth to your second child.

When I was in the thick of ending my 18-year marriage, I looked great because I lost about 10 pounds in a week and saw a number on my scale I hadn’t seen since 1994.

Like, even my running pants were hanging off me.

The secret is that you become anxious and jittery about things like whether you have to give your ex the TV out of your bedroom or the backyard dining set (issues that seem ludicrous a few years later) and not where your next meal is coming from. And that was weird for me because I am like a Golden Retriever and pretty focused on what and when I’m going to eat next.

So for a few months, I was able to subsist on Kendall Jackson Chardonnay and a handful of baby carrots each day.

But then it started to snow.

For some reason, it seemed to snow more in the year or two after my husband — and default shoveler — moved out of the house than during the course of my entire marriage.

And like a bear needing to bulk up for its hibernation period, I would head to the supermarket every time Al Roker announced another storm was on its way and stock up on pretty much everything I loved to eat: Whole Foods guacamole, a baguette and cheese (preferably the Fromage D’Affinois from Wegman’s), and maybe some peanut M&Ms.

I’d stock up on ingredients to make meals requiring a crockpot, like chili or pot roast, and of course we’d whip up some brownies or chocolate chip cookies to help take the edge off all that shoveling.

And then, I blame the Internet — or maybe my mother who finds and sends me all the good things from the Internet — for what happened. I came across a recipe from a food blog for a coffee cake that has a box of yellow cake mix as its foundation, and the photos of this thing were so compelling I had to try it. I needed to bite into that crumb/cake/icing combo. 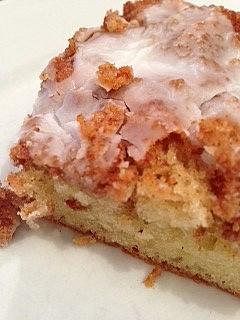 Wait. Shhhh. I think it’s talking to me.

And it was good.

Then I shared the recipe with my neighbor, Susan, and she thought it was pretty good, too.

So the Winter of 2011 was spent sending coffee cakes back and forth to each other every time it snowed. Whenever I heard a storm was in the forecast, I’d go out and buy a box of yellow cake mix. It got to the point where I just always had some Duncan Hines on hand, like it was ketchup or something.

And all this coffee cake making and eating proved detrimental to my waistline. I expanded quickly back to Old, Normal Amy size and spending most days in yoga pants and leggings.

So, when I started hearing about the big, coastal storm coming to New Jersey this week, I started to think about that coffee cake recipe. But nowadays, I work out with a guy who’s all: Don’t eat sugar. Sugar is the devil. Blah. Blah. And I don’t have the energy to fight with him and tell him why I need to eat coffee cake.

So I thought I’d blog about it instead.

“No,” she answered, “But I’m making one later or tomorrow.”

My little guy trudged through the foot-high snow last night to sleep over her house but she handed him something at the door to run back to me.

“Just helping your blog with a good visual,” she texted.

Pass out from sheer bliss.

6 thoughts on “The Divorce Diet”