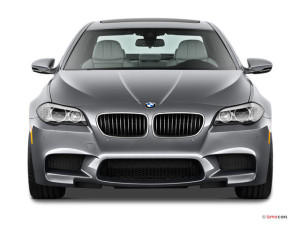 A couple of weeks ago, my girlfriend texted and asked if I was around the next day to help out with a project she had going on at work. She’s the marketing guru at a local BMW dealer where they were filming a TV commercial and needed some extras and, since it’s my lifelong dream to be on television, I immediately agreed to stop by and pretend to purchase a luxury vehicle. I mean, why wouldn’t I?

But honestly, I didn’t take it too seriously. I assumed she was hedging her bets and loading up on extra bodies for the shoot just in case. So thankfully, I opted to shower the next day, but didn’t get too gussied up to go out and about glamorous central New Jersey. I had on a sweater and those jeans you buy that already have holes in them. You know, the kinds that workers are probably snickering over at the factory as they rip. “Stupid Americans,” they say as they tear at the fabric and shake their heads.

Around noon, my friend texted to say they were going to start shooting in about an hour and was I able to come by the dealership. I was already out so told her that would be no problem but was it okay that I was wearing ripped jeans.

“NO!” she responded, and I told her I’d go home and change but wondered why they couldn’t just hide my crappy pants behind a desk or something. I just assumed my role would be that of the blonde lady of a certain age in the background talking to a sales guy in a showroom filled with other people.

So when I walked into the dealership — after a frantic search through my closet for something that A: looked like what I’d imagine a lady-of-a-certain-age would wear if she had the means to buy a BMW and B: fit — I wondered where everybody was.

I found my girlfriend who brought me over to meet the advertising guy running the shoot and it quickly became apparent that my role had been significantly upgraded to that of the 5-Series Owner Bringing Her Vehicle In To Be Serviced And Driving Away In A Loaner Car. In other words, there’d be driving involved, along with getting in and out of cars and pretending to chat with the friendly BMW service boy. And I would not be hiding in the background.

About half way through the filming — which was stressful because fancy cars don’t start up with keys or go into reverse by pulling down on gear shift like my six-year-old GMC — I started to laugh at the craziness of the situation.

“Had I known this was going to happen I’d have gotten my hair done or lost 10 pounds at the very least,” I said to my girlfriend.

But we had fun going through the scene a few times and I got to drive two gorgeous vehicles and pretend I was a fancy lady whose kids had flown the coop. Plus, everyone who works at the dealership was super-friendly leading me to believe that were I really bringing my car in to be serviced, the experience would be as pleasant as we acted out that day.

When it was over, I happened to drive by the crew who had moved out to the front of the dealership and I rolled down the window of my mom-car — which has logged almost 100,000 miles driving up and down the East Coast toting children to look at and live in colleges and has magnets adhered to the back door to prove it — and said to them, “Well, back to reality.”

And that’s what happened. I went back to my normal life of counter wiping and sandwich making and forgot about my moment of stardom. My gal pal across the street – the one who lends me miso for recipes and solves my problems and feeds me wine when I need to escape my people – also went over the car dealership that day and played the part of the Fancy Lady Buying a BMW. She called me when she was finished pretending and we both agreed it was a fun and random thing we just did.

And then while texting another mommy this week, she asked is I was in a commercial. She said she and her husband were watching Monday Night Football and the ad came on and he paused it and asked, “Is that Amy?”

My costar and I had agreed that we never wanted to see the thing and figured we never would since we don’t really watch TV and certainly not Monday Night Football.

But right on cue, our marketing pal emailed us the link to the commercial yesterday and we squealed as we saw ourselves onscreen and started to howl because, really, we’ve started to look alike the way pets start to look like their owners over time. We spend way too much time together and the result is that we both fancy that same blonde-lady look. We’re hoping someone comes up to us when we’re out together and asks if we’re the BMW Twins. That will make my life.

As we texted I mentioned I wished I’d gotten my hair done, to which she said, “yeah i was gunna say, your hair needs some help,” and not for the first time I wished she was home so I could pinch her.

So, that’s my brush with fame. It made me appreciate the trickiness of acting – like I can’t even imagine what it would have been like if I actually had to say something because it was hard enough remembering to put the car into park – and was something I never anticipated, as usual.

And while I wasn’t compensated for my efforts monetarily – I mean, my BMW girlfriend was SUPER appreciative and I did have lots of fun – I’m hoping I at least get a date out of it. It is airing locally on Monday Night Football and if the dealership would just scroll my email in the two seconds I’m on screen, I’d consider the whole thing a success.