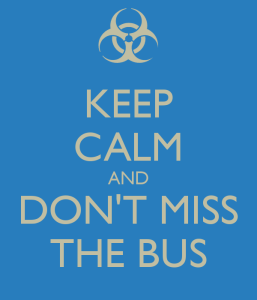 I woke up yesterday morning to face a big “to-do” list. We were planning to leave early the next day to drive the seven hours or so south to attend my oldest child’s college graduation and I had shiz that needed to get done.

Did you just read that? My oldest child, my first-born — the one who taught me how hard it was to be a mom and how much I loved it — is about to become a college graduate (god fucking willing).

Where did the time go?

But this is not about that.

I had cookies to make, clothes to pack — especially to ensure that my little guy didn’t show up for the commencement ceremony in his typical sports shorts/soccer jersey combo — and I had to get my ass to the DMV to replace the driver’s license that was stolen out of my walled like a month ago.

There was also the matter of the license plate that recently, and mysteriously, just dropped off the front of the $400 vehicle my teenager drives nowadays and I should probably be happy that that’s the only thing that’s fallen off that beauty.

So I got the kids off to school, did a little solo exercise routine in my family room that included singing and dancing to Prince’s “I Could Never Take the Place of Your Man” (PS: I killed it) and jumped in the shower.

Following my abbreviated beauty routine, it occurred to me that I might need shit out of my daughter’s car to replace the missing plate — say the vehicle registration or insurance card. Or maybe I’d need the plate that remained screwed to the back of the car. So I drove to the high school and, reluctantly, switched cars and drove to the local DMV using the tips of my right toes to press the accelerator as the power seats have long since stopped working and are permanently frozen in place for a driver with legs significantly longer than my own.

So by the time I got to the dreaded DMV with my Ziploc bagged filled with all the “points” required to prove that I was who I was, it was later than I really had wanted to get there and there was a long line of folks filling out various forms along a counter where I squeezed in to do the same.

I don’t know about you, but when I have any doings at the motor vehicle agency I start acting like I’ve committed a crime or joined the service. I want to answer every question asked to me with, “Sir, yes sir!” and a salute. So I start going into my “We’re in the Army now” routine when the phone in my bag starts to ring. I look down and see it’s my mom and look back up to answer the imposing woman behind the counter asking me questions.

Then the phone starts to ring again.

And I’m really starting to sweat, wondering if my mom wanted to talk about something more than the graduation or then maybe if there had been an accident.

I had to run outside to check the license plate number and add to one of the numerous forms I needed to fill out and when I came back in, saw my younger sister had texted me, “Hey, are you here?”

“What is Betsy doing at the DMV?” I wondered, but scurried back onto the line to finish my business with the lady behind the counter.

The phone, of course, started to buzz again and instead of ignoring, I press that magic iPhone button that lets you send a quick message that you can’t talk right now.

To which my mother responds, “This can’t wait.”

“She’s usually not so aggressive,” I think, and move over to another line.

And then she texts, “We are headed to NY,” and I have one of those experiences generally reserved for dreams, you know, the kind where you show up for a test naked or that you forgot to study?

I forgot that at that moment I was supposed to be at a rest area along the Garden State Parkway to catch a bus into New York City to see a show that my mother bought tickets for months ago. She even asked me last weekend if I’d found out yet what time I needed to be there to get on the bus and I brushed her off, reminding her it was only Saturday at that point. That I just hadn’t gotten that far yet on my calendar.

I think she knew better. She knew whom she was dealing with.

Needless to say — following a mini heart attack — I finished my business at the DMV and started frantically Googling mass transportation options to get me into the city by 2 p.m. (it was close to 11 a.m. at that point and anyone who has had to journey into New York from the Tri-State area knows you need to give yourself a lot of time to get from here to there).

I was all set to jump on  a bus that would get into the city about 15 minutes before curtain time and figured I would just run from Port Authority to the nearby theater district when I made the horrifying discovery that the show — the revival of Rodgers and Hammerstein’s “The King and I,” — was playing at Lincoln Center. Fucking Lincoln Center about 20-something blocks north of the bus station.

And then I began to despair. My mother had gone way out of her way to get me that ticket to be a part of that bus trip into the city — along with two of my sisters and some of my mom’s pals — that I couldn’t just not go. Even offering to pay her back didn’t seem right. I had been an asshole, like, how could I have not remembered such a lovely day that awaited me?

So naturally, as I do in these situations, I did the one thing I’ve done quite often over the past few years. I called my gal pal across the street and asked her what she thought I should do. She’s like the Kissenger to my Ford — although much more chic — and always knows just what to do.

“You’ve got a lot on your plate,” she immediately commiserated after I verbally vomited what had happened and my distress. “You’ve got kids moving out and moving home and the long weekend ahead of you. You just forgot,” she consoled.

“You’re going to have to drive,” she instructed. “It shouldn’t be too terrible.”

So that’s what I did. I jumped in my car in my DMV outfit and drove the 90-minute drive into Manhattan’s Upper West Side and easily parked under Lincoln Center with enough time to spare to join the group for a lovely lunch.

And the show was magnificent. I super-love Kelli O’Hara, who plays the role of the intrepid Anna who travels to Siam to be a teacher for the king’s many children. My mom and I had seen her years earlier in the Lincoln Center-revival of “South Pacific,” which was equally wonderful and provided the additional excitement of getting to stand behind Angelica Houston on the ladies room line at intermission.

I sat next to my mom in that darkened theater and kicked myself for even considering for a moment the notion of forfeiting that experience in favor of staying home and walking around Trader Joe’s.

Of course, the ride home sucked. It took a legit hour to get from Lincoln Center to the Lincoln Tunnel entrance. I mean, it’s only about 20 blocks south. And it was rush hour so things didn’t get much better when I hit the New Jersey Turnpike on the other end.

I still don’t know what to blame my absent-mindedness on. Maybe I’ve got a lot on my mind right now or maybe I’m just plain stupid. I’m really open to that. Or maybe I have “brain fog,” one of peri-menopause’s many exciting features that accompany sweating through my underwear and the cute bloat around my midsection.

But whatever the culprit was, I’m glad I didn’t pass on the opportunity to sit next to my mom in a darkened theater under the spell of beautiful music.

You can’t buy that at Trader Joe’s.

6 thoughts on “That Time I Missed the Bus (Literally)”