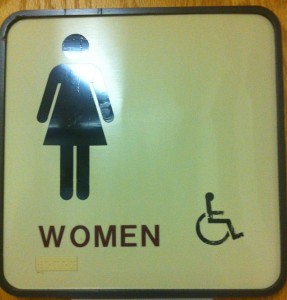 I know I’ve said in the past that one of the few times I missed having a man around the house was when it snowed.

That is not true.

I also wish there was somebody else around here (there doesn’t even need to be a penis involved) to help out when I see dead things floating in the pool and when a toilet starts to overflow.

Which seems to be happening around here a lot lately.

Now, I’ll take responsibility for failing to mention to my children that toilet bowls aren’t like really fancy trash cans. You can’t just put anything in there and flush without thinking there are going to be repercussions months, or sometimes even seconds, down the line.

I walked into my own bathroom last week (which now everyone uses because of the kitty litter box lurking in the kids’ bathroom) to find mounds of paper towels filling the bowl. One of the kids had cleaned something off the bathroom mirror and instead of tossing it into the trashcan literally one millimeter away, she opted to dispose of it in the toilet (yet failed to seal the deal with a flush).

Having grown up living with a temperamental septic tank, I was incredulous that anyone would even consider flushing anything but toilet paper.

“How was I supposed to know?” asked the culprit, rather nonplussed, and more than a little irritated that her mom was being such a freak about the toilet.

I also didn’t think I had to mention to the girls, in this day and age – what with all the signs posted in like every goddamn public restroom stall you sit down in – that only toilet paper should be disposed of in the toilet.

The girls were shocked to learn that feminine products, no matter how small and seemingly streamlined they may appear to be,  cannot be disposed of through the toilet. “Wait, what?” said one. “That’s stupid.”

Stupid, perhaps. But only until toilet water is starting to pour down the sides of the bowl. Then, as you are trying to remember where the fucking plunger is, it starts to make perfect sense.

2 thoughts on “take the plunge”