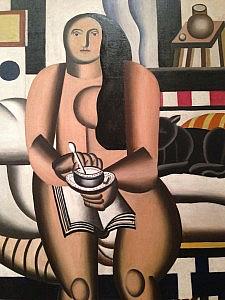 The final story I worked on before I was laid off on Wednesday was an obituary and I don’t know what could have been more ironic since I’d been sitting Shiva for that job for about the last six months.

It was similar to the end of my marriage, when I could see the writing on the wall — I knew I needed to jump ship – but couldn’t muster the courage or the energy to make the leap. There was something that kept me sitting in my deck chair long after the lifeboats had sailed.

I had survived a round of layoffs last summer, and had often imagined what it would be like to be let go out of the blue. I knew things weren’t great at my company and realized some bad news might be coming at some point. I just didn’t expect it to be Wednesday.

But apparently I have lifelong issues with reading signs in general. I recently watched the video we made when I gave birth to my third child (minus all the gory details). There I was, sitting up in the hospital bed still out of breath from the ordeal of getting the baby out of me, and while everyone else in the room was bustling about – suctioning the newborn and cutting the cord – I could be heard saying over and over, “Can you believe it?”

I guess at the time I was still bowled over by the whole miracle of life thing, but watching myself almost 17 years later so surprised to have ended up with a baby that day, I can only wonder what everyone else in the room had been thinking.

So imagine my surprise on Wednesday, which started somewhat off schedule as the kids had a delayed opening because of some overnight snow but then quickly got back on course with my regular 9:45 workout – to find out it was also my last day of work.

“Your roles are not part of the go-forward plan,” I was told on a quickly-scheduled conference call with a few hundred of my colleagues. “Today is your last day of work.”

And while I’d always imagined that hearing those words would cause me to freak out about the imminent loss of income and health insurance – not to mention the nice laptop and iPhone that had come with the job – that wasn’t my immediate reaction.

It had been a long three years as a full-time working and newly-single mother of four, exhausting and overwhelming at many points.

It was also one of the most satisfying challenges I’d ever taken on and I’m proud of how much of myself I put into the job. Other than being a mom, I’d never worked harder at anything in my life and my coworkers were much nicer to me than my teenagers.

And while I could feel miffed by the turn of events, I am left feeling grateful for the experience.

The job – although highly demanding and at points leaving us working 60-hour weeks – gave me so much: A reentry to the work-force after an 18-year absence; an opportunity to hone my writing and reporting skills, not to mention opening the door to mastering 21st Century online media knowledge – I learned everything from how to shoot and edit a video to crafting SEO-friendly headlines.

(Don’t try to tell this to my teenagers because they invariably view me as a struggling Luddite and can’t stand to even watch me text. “It’s painful,” my 16-year-old daughter said recently as she watched me type a message with my right thumb.)

But the job left my life in much the same way it had entered it: out of the blue. I hadn’t been looking for a job three years ago when a friend and fellow journalist told me about a new company that was hiring for a job that seemed to be almost too good to be true, since it would allow me to do what I loved to do AND work from home AND offered things like dental plans and 401Ks.

And it was a great ride and I met so many wonderful people along the way and most importantly of all, the job gave me the self-respect and confidence I so badly needed. I rediscovered that girl I was long before I became a wife, a mom, a dinner-maker, laundry-folder, cupcake-baker and counter-wiper.

Now I know I can be all of those things and more.

So I’ve decided that for now, I am just going to breathe. I think I might concentrate on this blog and bother all of you a little bit more each week and build some momentum on a writing project that had been nagging at me but I lacked the time and the energy to nurture.

I will also have more time now to do things like check to see if my 11-year-old did his homework and ask my high school junior even more annoying questions about where she wants to go to college.

Won’t they be thrilled?

In the meantime, when I wasn’t getting fired this week or frantically trying to transfer three-years worth of photos and music onto another laptop, I blogged about this stuff: 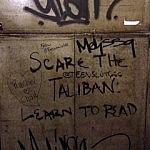 I don’t know if it’s the Catholic in me, the mother in me, the daughter in me or just the woman in me, but I spend a fair percentage of each day feeling guilty about one thing or another.

Whether it’s my reluctance to buy into purchasing organic products, the poison I pay a service to put on my lawn to keep it green that is probably leaching into my children’s drinking water, or that I am morally and ethically opposed to wet cat food although it would probably make her a lot less fat, I feel bad about a lot of stuff. (READ MORE … ) 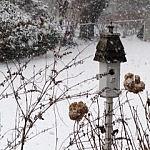 My cell phone, positioned on the nightstand next to my bed and about three inches from my head, rang at 4:40 this morning and because I have this deep-​​seeded aversion to answering any calls coming in from 1–800 numbers, I let it go to voicemail.

I figured it was The Gap calling to tell me my payment this month is like, three days late. I could understand if I was three months delinquent in paying something. By all means, give me a heads up and maybe a little attitude. But The Gap gets snippy when you forget to pay within the allotted pay cycle and starts suspending your card and calling to strong-​​arm you and shit. (READ MORE … )