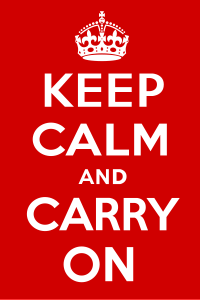 The following is based on actual events.

Let me begin by issuing a disclaimer: I have never purported here to be particularly smart. And while I often seem to by trying to prove quite the opposite in the stories I share on my blog, hopefully I come off – at the very least – as someone who knows her left from her right. Her up from her down. Her north from her south.

Okay, coming on the heels of my Jamaican getaway, followed by my brush with poisoning last week, I had to make the long drive south to the very southwestern, middle-of-nowhere part of Virginia to visit my college kids for parents weekend.

I hate that fucking drive. I’ve now officially done the eight-hour, one-way leg 22 times in four years and most of the driving. One time my son pitched in. One time my daughter pitched in. And one time my ex-husband actually did a majority of the drive. Other than that, I have driven the five-state journey myself and I’d say about 75 percent of the time it’s through a torrential downpour and always seems to include one giant traffic snarl that narrows the highway down to one lane for miles.

The return trip yesterday for me and my 16-year-old daughter started on a promising note, under clear blue skies and with our tummies full of Cracker Barrel biscuits and gravy. We filled up our gas tank and headed north on I-81 a little after 11 a.m. towards New Jersey.

A few hours into the drive and finally breaking free of the stop-and-go traffic that clogged up the Virginia portion of the trip, we stopped to refill the tank and use the restroom shortly after crossing the border into West Virginia .

And here’s where things get fucked up, fast.

The first person I’d like to blame for events taking a turn for the worse is Kelly Ripa. In all this time blogging, I have failed to mention my obsession with the Live host, which started with her hairdo and then spread to just about everything about her. Sure, she’s kinda skinny but she says things like this:

And she also told Cher that she grew up watching the Sonny & Cher show and wanting to be a part of their family (I TOTALLY wanted to be Chastity Bono), so we’re, like, practically the same person. Sadly, the closest I’ve come to being Kelly is finding a great stylist to mimic her hair. I’ve yet to lose the 40 extra pounds.

Anyway, I follow the show on Instagram (which is pathetic since it’s one of, like, 10 people or whatever I follow and Lena Dunham and Oprah are two of the others), and there was a video around Easter of Kelly with a giant basket of Goldfish products. Apparently Pepperidge Farm sent her the array of fish in anticipation of the end of Lent and her 40-day abstinence from the snack she told Shape magazine she was “addicted to.” And it planted the seed. 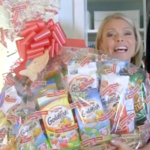 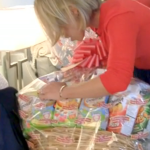 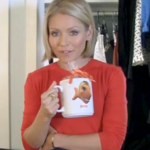 So, I left the teenager outside filling the gas tank and ran inside to use the restroom and passed a beautiful display of Goldfish products. Seriously, every flavor. And it reminded me of Kelly and even though I am not really eating carbohydrate-y snacks anymore, I reasoned, “Well, Kelly does.”

I ran back outside to tell my daughter and grab my wallet, and she asked, “Do they have Original?” (her total favorite) and I nodded and she pulled the keys out of the ignition, unsnapped her seat belt and announced, “I’m coming in.”

We giddily made our purchase, got back in the car and back on the highway where we ripped open the bag and ate handfuls of the saltine-like crackers. I could imagine the pounds just starting to fall off me with every handful I shoved into my mouth, letting the salty sides melt on my tongue a bit and trying to split them in half with my teeth. We restarted the audiobook we’d been listening to during the ride down and were probably seven hours into the story at that point.

And now we’ve come to the second person I’d like to blame for the bad decision-making that occurred in my car yesterday afternoon: the novelist Rainbow Rowell.

Let me give you some background: my daughter and I listened to Rainbow’s young adult novel, Eleanor & Park, during one of our college visits a few months ago. I’d already read the book but figured it was the one audiobook I could get my hard fast non-reader (“I hate books.”) to listen to with me and I was more than happy to reconnect with Rainbow’s teenage characters whom she breathes this incredible life into and creates the most lovely romantic moments over mix tapes and comic books. 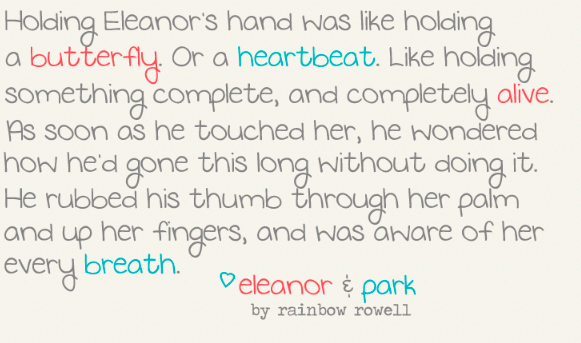 I found this quote from Eleanor & Park on pureimaginationblog.com.

She references Star Wars, Twilight and the Gilmour Girls and uses the F-word. She really makes me want to write. 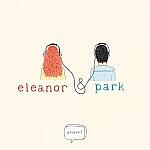 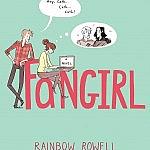 So for this trip, I got the go ahead from my daughter to download another one of Rainbow’s novels, Fangirl, and as the audio version began on the way down and the narrator said the author’s name, I got excited.

I turned to my daughter and said, “Promise me you’ll name one of your daughters Rainbow.”

“We talked about this, Amy,” she barked. She tends to call me by my first name when she’s annoyed with me. Apparently, I’d already tried to get her to promise the same thing during that earlier trip. But I forget everything. “I already told you I’m not naming any of my kids Rainbow,” she finished.

Whatev. Luckily I have three more kids to work on.

We drove on and since the traffic had let up significantly, started to make really good time, flying along the interstate and thoroughly engrossed in the story and our Goldfish.

“Let’s guess how much time we have left,” I said, and my daughter paused the book and we both estimated our ETA. I guessed four hours and she said three hours, 15 minutes. She checked the map app on her iPhone and looked up, confused.

And here is the third person I’d like to blame for the no-good, very bad thing that happened: My daughter, who, obviously forgetting whom she was dealing with, went along with me when I told her she could turn off the annoying guidance hours earlier. “I know where I’m going,” I told her.

We continued to hurtle down the highway with my cruise control set at 79, listening to our story, our hands digging deeper into the Goldfish bag, until I noticed one of those green signs along the side of the highway that lets you know how far away the next few major cities were, and saw that “Roanoke” was one of the spots listed.

“HOLY SHIT, WE’RE GOING THE WRONG WAY!” I screamed, my whole body breaking out in hot sweat. It was like my seat heater had been jacked up to full blast.

“WHAT???” my daughter shrieked, and we started screaming and cackling and banging our fists on the dashboard. We both needed to be slapped.

“That’s why our drive time to get home kept getting longer!” I yelled at her, searching for the next exit to turn ourselves around. “Why didn’t you notice that on your phone?”

And she’s right, I guess. It wasn’t her or Kelly Ripa or Rainbow Rowell who stupidly drove our vehicle onto I-81 south instead of north an hour back in West Virginia. It was totally me.

“I wondered why we were back in Virginia,” my daughter said later (um, red flag number 8?).

Needless to say, we had plenty of time to finish listening to Fangirl (adorable) and spent the rest of the almost 10-hour drive listening to the Frozen soundtrack (twice and with very dramatic interpretations of “Let it Go”) and dancing our hearts out to “Single Ladies” and Mariah Carey’s “All I Want for Christmas.”

We are quite the car dancers.

Every once in a while during our race home under darkening skies, one of us would just start laughing hysterically about what had happened and the other would whoop or hit something. Overall, if I had to make that mistake with anyone, I’m glad it was my 16-year-old. We finish each other’s sandwiches (Frozen/Arrested Development reference).

“Please don’t tell anyone about this,” I begged when we first discovered we’d been driving in the wrong direction for an hour and she instinctively picked up her phone to start texting all her friends.

“You better write about this, Amy,” she said smiling, putting down the phone. “It would be your one blog post I’d actually read.”

And so, I figured, it was the least I could do.