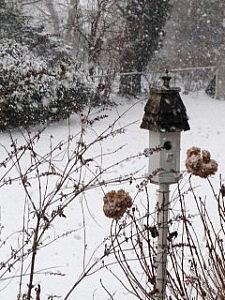 My cell phone, positioned on the nightstand next to my bed and about three inches from my head, rang at 4:40 this morning and because I have this deep-seeded aversion to answering any calls coming in from 1-800 numbers, I let it go to voicemail.

I figured it was The Gap calling to tell me my payment this month is like, three days late. I could understand if I was three months delinquent in paying something. By all means, give me a heads up and maybe a little attitude. But The Gap gets snippy when you forget to pay within the allotted pay cycle and starts suspending your card and calling to strong-arm you and shit.

Don’t they know I’m well-intentioned? I just tend to put things off, like paying bills and getting things fixed. It’s a character flaw, to be sure. But I’m very friendly.

I would like to know how some people handle the stress of not paying their mortgage for like two years straight. I’ve got straight up PTSD from being a month late to pay The Gap.

Anyway, as I probably should have known had I not been dreaming about getting on an airplane (my go-to dream theme) seconds before the piano ringtone began to trill by my head, The Gap doesn’t begin its strong arming tactics until more traditional business hours and it was instead one of those Code Red calls from the middle school to say that school would have a delayed opening this morning because of the snow.

Has it gotten to the point this winter that an impending couple of inches of snowfall doesn’t even register on our radars any more? That it’s snowed so much this winter that we only take note when legit blizzards are bearing down on us? That even the media takes a ho-hum stance and not its usual, “IT’S SNOWMAGEDDEN!! GET TO THE SUPERMARKET NOW AND BUY ALL THE MILK AND BREAD YOU CAN AFFORD.”

Well, that seems to be the case, because I had absolutely no idea that snowfall was imminent and I’d be enjoying the kids’ company a little later than usual this morning.

And for maybe the thousandth time, I am thankful that I work from home. I’m glad I’m not supposed to be up and dressed for a meeting in an office 45 minutes away, and can instead have a proper conference call in the comfort of my leopard onesie while cooking up some French toast for my stragglers.

Of course, it could be worse. I saw a post on Facebook yesterday from my college girlfriend who has been trapped inside her Brooklyn apartment this week with her two little guys because of the wickedly-cold temperatures here in the Northeast, unable to let off some five-year-old steam at the playground. Or another mama I know in the Chicago area whose kids have been home from school for days because of the weather, coating her living room floor in dress up clothes and stuffed animals.

My guys will gone by mid-morning and I’ll be able to return to my regular routine of checking my e-mail and Facebook every 8 minutes and wiping the kitchen counter.

I’ll still be rocking the onesie, though. There is snow on the ground, after all.