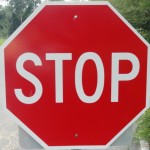 At this stage of the game, even my therapist has had enough.

We met last week and she asked me how the dating was going, since I had been making such a big stink about being ready to get out and start meeting men.

“They’re all too, I don’t know … meh,“ I said, shrugging my shoulders. “Nobody is killing me.”

On the one hand, maybe it’s just that there’s too much jam from which to chose online.

Or maybe, just maybe, the problem is that I’m just not as open to love as I’ve claimed to be.

If there’s one person riding in the singles boat who I relate to right now, it’s not the recently-separated woman I know who is having a blast fooling around with men she’s meeting online, or another who’s already had a few relationships with dudes she’s met on Match since her divorce this year.

The woman I relate most to is the character Julia Louis-Dreyfuss plays in the movie “Enough Said,” who’s been divorced for 10 years and makes announcements like “There are no men at this party I am attracted to,” and admits that this is not unusual.

[SPOILER ALERT: As much as I hate to see you go, you might want to stop reading if you plan on seeing the movie this weekend. I’m about to give it all away.]

Anyway, she goes on a date with James Gandolfini’s character, even though “he’s a little fat,” and discovers she can actually get past the lack of initial physical attraction. But she starts to second-guess her growing attraction to him after she accidentally befriends his ex-wife, who can’t stop talking about the shlub she used to be married to.

Here’s a scene between Dreyfus’s character Eva and her friend, Sarah (played by the amazing Toni Collette):

Eva: “I have lost all perspective. I’ve been listening to this woman say the worst things about the guy that I’m starting to really like. She’s like a human TripAdvisor.”
Sarah: “Albert is not a hotel.”
Eva: “If you could avoid staying at a bad one, wouldn’t you?”

Eventually, her relationship with the two is uncovered – and it’s one of those scenes that makes you cringe – and Eva tearfully explains to Gandolfini’s Albert that, in so many words, since she’d already been divorced, she was making sure she wasn’t making another bad choice.

She was just trying to hedge her bets.

And that’s what I get. Totally. Love is risky business.

You guys, my heart was broken. Shattered into a million pieces. It hurt so much I didn’t think I would ever be able to get out of bed and move on with my life.

But I did. I swept up all the chunks and shards of what was left of that heart and dumped the pieces into a vault that’s keeping that sucker safe while it slowly mends.

Sure, my kids stomp on it all the time, but I know those assholes love me. I know they actually care if they hurt me (usually) and want to make me happy (most of the time).

Our love is not predicated upon what we can do for each other. It’s not tit-for-tat. I do things for those jerks because I just love them. And I know deep inside the core of their soft-and-chewy centers, underneath those hard-and-crunchy shells, they love me back.

So, how am I supposed to trust an outsider? Someone who’s not been completely vetted? How am I going to let him open that box and hold my heart in his hands without knowing, beyond reasonable doubt, that he’s not just another jackass who’ll drop it on the ground and step on it like it’s nothing?

And I know, I’m nothing special. People get their hearts broken all the time and they pick themselves up and try again. I’m just letting my fear trip me up.

But when I think about all the things I’ve done that have scared the shit out of me – like giving birth, competing in a triathlon, getting a divorce – I know that while those things terrified me while I was in the midst of them, I felt like the fucking boss when I came out the other end.

And of course, my therapist was quick to point these things out.

“What’s the worst that can happen?” she asks. “A breakup? You’ve survived that. You could survive it again.”

“You don’t want to miss out on such an important part of life,” she continued.

And that’s where she got me, because she knows that I want to experience all that life has to offer. I don’t want to miss out on anything. Especially real love.

Then she directed me to go out and have 10 experiences — like coffee dates — before we meet again next month.

Whoa. That’s a lot of small talk. But I’ve accepted her challenge and am scrambling to dig up 10 bodies. Feel free to help, and I’ll keep you posted.

I’ll let you know if it’s worth the risk.