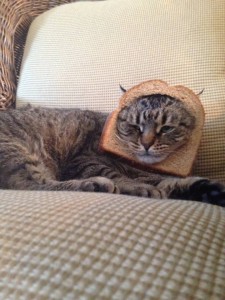 I leased a new car recently – a gorgeous silver Subaru Outback named Sheila, who’s never been barfed in or had a can of Pringles potato chips explode in her backseat – so thought I’d take a few minutes out this morning to quickly set up a monthly automatic payment plan for her and check that puppy off my to-do list.

I am all about autopay. In fact, were it not for those types of setups, which eliminate my unreliable memory from nagging things like paying my mortgage or various utilities on time, I’d be – at the very least – sitting in a cold, dark house if not in debtors prison right now.

I actually cut up my credit card from The Gap not long ago because using it – even though The Gap showers you with reward points and there’s nothing like getting $30 off a mound of $60 worth of clothing at Old Navy – requires me to remember to pay the bill in a timely fashion. And for whatever the reason, I am absolutely terrible about doing things on time and The Gap has no patience for procrastinators. They start calling your house, like, the second that you’re late.

I learned the consequences of that behavior the hard way when I was trying to get a mortgage not long ago. Apparently, being a sporadic payer can (and will) bite you in the butt. It turns out, creditors don’t look kindly on those who mean well but can’t make payments on time. They turn around and report you to higher authorities, which can wreak havoc on your credit.

So, like a good girl, I learned my lesson and tried to set up all recurring payments automatically to avoid these dramatic situations. I mean, I already have an ex-husband. Do I need any more drama in my life?

I quickly logged onto the Chase site (who my lease is through) and plugged in all my info — social security number, routing number, blood type – and waited for the site to verify my checking account. After two failed attempts I heeded the kindly advice that popped up on my screen and called my bank.

I told the whole story to a very nice woman named Colleen at Wells Fargo (where I do my banking) who was very patient and let me go on and on only to then tell me when I was through that she’d have to transfer me to another department. Deep breath.

Then I told my tale to Justin, who was having a hard time figuring out just why I was transferred to him in the first place, and kept asking if I’d leased the car through Wells Fargo. No, Justin, no. I just want you to help me pay the nice Subaru people. Eventually, Justin told me he could not help verify my checking account and I should call the leasing people at Chase.

So I called that 800 number and went through all the prompts until I had to start shouting “representative!” and ended up with another nice gal named Ivy. But, alas, before she could even listen to my story, Ivy needed to verify that I was who I said I was and told me I’d have to answer a few questions in order to do so, which always makes me nervous. I worry that, even though I didn’t need to study and know all the right answers about myself, that somehow I’ll give off the vibe that I’m trying to put one over on someone. That I am up to no good.

But I really thought Ivy was just gonna toss me a few softballs and we’d be on our way but instead she threw a curveball right at my head (okay, sports metaphors might not work for less-than-sporty writers).

She asked me to choose from a list of options who I have my mortgage through and that’s a tough one because I’ve already refinanced the mortgage on the house I bought at the beginning of this year and each time that company has quickly sold my account off to some completely random company. Like, it’s not a big name like Chase or Wells Fargo but more like Jimmy John’s Sandwich and Loan Shop. Like, are these people licensed and equipped to handle anything heavier than salami, I ask you?

So, I hesitated when Ivy finished her list of options, which included D: None of the Above, and eventually picked A: my initial mortgage company and Ivy told me I’d done good and some bells went off in my head and we moved onto Round 2: my employment history.

IVY: Please select a company through which you’ve been employed.

IVY: A: Home Shopping Network. B: Touched By an Angel

ME: (Burst out laughing) Is this for real?

ME: (Wiping tears from eyes) No. Like, is my daughter there making you say these things?

IVY: (Really trying to remain professional and move things along) No, ma’m.

ME: (Still laughing) This is like a crazy game show about myself. Okay, what’s C?

But Ivy really wasn’t finding the same kind of humor in the situation that I was. She didn’t think that a round of Amy Jeopardy before helping make my lease payment on time was remotely funny. I mean, in this age of credit card account hacks and Wikileaks, I appreciate all the big monoliths’ due diligence in securing my personal information and taking it all so seriously. While, to date, I’ve managed to refrain from snapping any selfies of my various bits and pieces unclothed or in compromising situations, I’d hate to have any of my secrets end up in the wrong hands. I’d hate to have the public privy to confidential emails I’ve sent regarding how much I hated our last book club book or evidence of all the shit I order off Amazon Prime (to wit: the Tekton set of three rubber mallets I ordered earlier in the month). Because that would be embarrassing.

In the end, Ivy couldn’t help me set up my auto pay either and forwarded me to another very nice woman, named Christina, who answered the line all jolly until she asked me how my day was going.

“Actually, Christina, not great,” I told her, and then launched into everything I just relayed to you, minus the rubber mallets. “I know none of this is your fault,” I told her, “but I’m just really frustrated that something that should have taken five minutes has eaten up 45 minutes of my morning.” (Like I was expected to perform brain surgery or help feed hungry refugees as soon as I’d paid my car lease. I am a very important person.).

Christina was pretty much all business after that. We jumped over Double Jeopardy and went right into the final round of account authentification and I made a payment for this month, which is a relief because I really like the shiny new Sheila. I’d hate for the RePo man to come take her away from me; just when I was getting used to driving a car with good brakes that didn’t carry a faint smell of sour milk during the summer months.

So I’m good at least through Thanksgiving but, sadly, at some point will have to rely on that noggin of mine to remember to pay next month’s bill. In that case, who knows how long we’ll be enjoying riding around swathed in that new car smell and working air conditioning? I might want to hold off getting too spoiled until I get that automatic payment account set up to keep the Chase hounds at bay.

All of this is to say that if you see me riding a bike down the highway in December holding what looks like a big bag of presents, you’ll have a fairly good idea what happened. Or, more accurately, what didn’t happen.

Are you forgetful? A procrastinator? Or, perhaps, just plain losing your mind? Sign up to get all of my latest posts sent right to your inbox by typing your email into the box below and new posts will arrive without you having to remember to look for them. Everything should be this easy. You can also follow me on Facebook, Twitter, Instagram and (what the hell) Pinterest.

12 thoughts on “Ridiculous Situations That Make Me Laugh”