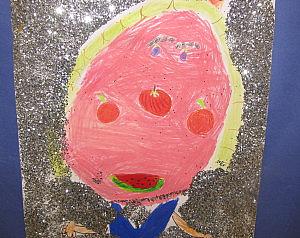 Over the past year it seems I have gone from being a fan of NPR to becoming a downright groupie.

I discovered public radio about 15 years ago while scrolling through the dial, looking for something to listen to while driving around in my car on a Saturday or Sunday when the local New York AM radio shows I listened to during the week weren’t on the air.

I had already grown weary of commercial radio – I mean, how many Spice Girls and Boys II Men songs can a grown woman listen to on a drive to the supermarket? – and preferred talk shows that featured interviews with book authors and chatter about what’s going on in New York City.

I even started to turn the radio on in my kitchen as I went about my days folding laundry and cooking chicken nuggets because staying home to care for young children tends to be a strangely solitary experience. Like, you might be surrounded by people, albeit very small ones, but nobody really wants to talk to you. They mostly just want you to wipe their fannies and pour them another glass of milk.

Instead, I took comfort in the radio and spent my days in the company of personalities like Joan Hamburg, Arthur Schwartz, John Gambling and Dr. Joy Brown.

Their conversations filled my days with reviews of the latest Manhattan restaurants, recipes for turkey stuffing involving Ritz Crackers, interviews with the likes of Nora Ephron and Alan Cummings and love advice, like how you should not date until you’ve been officially divorced for one year (Thanks, Dr. Joy. I’m obviously going the extra-mile by waiting over three to jump back in.).

But all my radio friends would take time off on the weekends so one day while driving the half hour trip to my mom’s I discovered WNYC.

Everything was very calm at that station, even the long news pieces on wars, shootings in the Bronx or upcoming elections. It provided a nice contrast to the crying and complaining in my minivan.

But what I liked even better than the news was all the fun stuff playing on the weekends, like “Car Talk,” “This American Life” and the game show “Wait, Wait Don’t Tell Me.”

I mean, what is cooler than a game show?

Over time, I just kept the car and kitchen radio tuned to public radio and the kids would groan when we’d start driving to the mall and they’d hear the voice of maybe Lakshmi Singh or Soterios Johnson.

“Mom, they sound like they’re on medication,” one of the kids would complain and  start speaking in a fancy monotone and the others would laugh along, mocking my station choice and invariably, their mother.

I didn’t care though. I might not always pay attention to every word that’s being said on the radio but it just makes good background noise. It makes me feel level and I’m hoping maybe I’m actually absorbing some of the endless information in a type of osmosis through my skin and becoming smarter as I drive around New Jersey in my SUV, which is a bit of an oxymoron, I know.

As it turns out, many of the fun shows playing on public radio are recorded in front of a live audience and I’ve weirdly been to a few of them lately.

I spearheaded the first effort, when I heard that the “A Prarie Home Companion” gang would be appearing at The Town Hall in New York. I went with my gal pal and fellow public radio fan and thought it was interesting standing on line in the ladies room before the show began and listening to fans compare how many shows they’d attended.

Note to self: Do not become one of them.

But don’t think I didn’t get excited when the familiar intro to Guy Noir began or clap with glee when the second half started with “Powdermilk Biscuits.”

More recently, a girlfriend asked if I wanted to go into Brooklyn to see her cousin compete on WNYC’s newest game show, “Ask Me Another,” which is hosted by the smart and funny Ophira Eisenberg and let me pretend I was a young hipster living in Williamsburg and not the suburban mother of four I have become.

Then last week, I tagged along with another friend back to Brooklyn to see a grand slam competition of The Moth, which features people getting up in front of an audience to tell true stories without notes (and coincidentally hosted by Ophira, so maybe I’m really a groupie for her). And while the evening’s show was not recorded for broadcast, WNYC has a “Moth Radio Hour” that highlights some of the best stories from performances around the country.

Tonight, I will climb back onto the public radio bandwagon when I go with yet another girlfriend to see Ira Glass of “This American Life” speak at a theater nearby. She reached out to me about a month ago to see if I wanted to get tickets and I was like, “Duh.”

Ira Glass is like the smart, funny, Jewish man of my dreams and listening over the years to his show has introduced me to some of my now-favorite storytellers. I’ve literally pulled into my driveway or a parking spot at the supermarket and sat riveted to the radio, unable to turn off stories by David Sedaris (“Santaland Diaries,” anyone?) and Mike Bribiglia (“D-U-Why?”).

That phenomenon even has a name: Driveway Moment.

When I wasn’t listening to NPR in parking lots or going to see one of their shows this week, I had this to say:

If I were the mathematical sort, I would try to calculate just how many hours there were between fall and spring semesters at the university that my two oldest children attend.

But as I have a hard enough time counting how many times I’ve squatted on a ball or lifted a weight over my head when I work out, I am going to bypass all addition and assume it’s been around 525,600 (which is a standard measurement of something according to the song from “Rent”). (READ MORE … ) 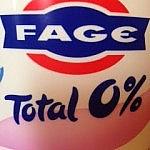 Adding Some Je Ne Sais Quois to Your Breakfast

I have a girlfriend who’s kind of a walking advertisement for the American Dream.

She grew up in working class Philly and was the first in her family to attend college, which she put herself through holding down a number of jobs on campus, and then went on to an Ivy League law school.

Clearly, she did not spend her formative years mesmerized by “Family Ties” and smoking out her bedroom window like some blogger we know. (READ MORE … )