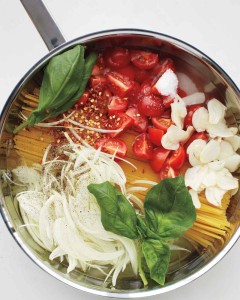 I don’t think I’m alone in saying that I’m over this summer. It’s like, enough already. If summer was a person, I’d tell her that she’s been very nice and all and provided us – at least here along the coast of New Jersey – with some pretty gorgeous weather but it’s time to say adieu. It’s been a lovely few months to sit in the sand and swim in the ocean or lounge around reading. But now, it is time for Mrs. Summer to leave. She’s overstayed her welcome.

In fact, that is truly the case. I learned while watching my favorite TV show – CBS Sunday Morning – this week that when Memorial Day (the final Monday in May) occurs at its earliest (this past Mat 25) Labor Day occurs at its latest (Sept. 7 this year). The official summer season quite literally could not be one day longer.

One of the biggest problems for me with summer is that I flounder in unstructured settings. Of course, for someone who’s been home raising her children for the last 20-something years while attempting a freelance writing career, this is a challenging predicament. I struggle with time management. I also probably had too many children to begin with. Because when I’m also responsible for managing other people’s time on top of my own, I’m pretty fucked. That’s why I always signed my kids up for swim team and tennis lessons when they were young and insisted on summer jobs as they got older. Schedules are totally my friend.

Nowadays, the only person’s schedule I really need to manage is my 12yo son’s. He went to sleepaway camp for a week and mostly ran around the neighborhood and swam in the ocean with our neighbors for much of the summer.

But now the neighbors have gone back to Hong Kong and my son spends his days trying to organize pickup games of soccer or watching YouTube videos on his iPhone and has yet to finish his mandatory summer reading to start seventh grade.

In other words, he needs to go to school before I murder him.

But I always feel a tad anxious at the end of every August. A bit of malaise inevitably sets in as I count the hours before the first day of school. Very little inspires me in that long slog towards Labor Day.

Which is why I kind of surprised myself the other day in my ho-hum state by whipping up this – really and truly – delicious pasta dinner. In my all-or-nothing approach to life, generally I’m not trying new things in late summer. I’m grilling hot dogs and heating chicken nuggets for my people and waiting for the first day of school to really wow them with anything resembling a proper meal.

And as for the “pasta” part, okay, right, I know. I’m really not supposed to be eating pasta. Apparently, according to someone who feels he can say these things to me, it makes me “blow up.” Fine. Yes. Sure. Whatever. As far as I’m concerned, at the end of the summer, all bets are off. The countless margaritas and pita chips I’ve consumed on the beach this summer have not helped matters.

But this dinner was so easy – you kind of just put everything into a straight-sided sauté pan and boil away – and produced such a creamy bowl of wonderful comfort on an endless end-of-summer night, it was worth wearing elastic pants the following day (truth be told, I’m often running around in workout clothes most days anyway).

I improvised slightly (shocking, for those who know me and my dedication to rule following) and browned the chicken sausage that we love from Sickles (we’re also hot for Whole Foods’ spicy variety) in the pan before adding the rest of the ingredients. I also used bow tie pasta instead of spaghetti and found it took a lot longer than nine minutes to boil the whole thing down. I dug up an article that offered other ways to improvise upon the original version and pinned both of them to my “Things I Like to Make” Pinterest board to keep in on hand.

For those of you not on Pinterest, I have to say that I’ve come to rely upon it as my own personal recipe box and refer often to that board where I’ve pinned the meals we tend to eat again and again. It’s more convenient than the jumble of recipes ripped from magazines and newspapers (remember newspapers?) and print outs from the Internet I stuffed in a binder for years. It’s worth exploring.

Now you’ll have to excuse me, I need to figure out what I’m doing today before my son wakes up and I take his iPhone away.

You can sign up to get all my latest posts sent right to your inbox by typing your email into the box below. You can also follow me on Facebook and Twitter. It will give you something to do before the kids head back to school.