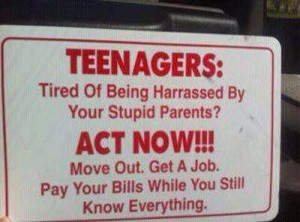 As a blogger, I try to balance sharing my life’s story with protecting the innocent.

Well, usually it’s the not-so-innocent who are howling about what I write here and looking for protection.

I want to be honest, to write about the yuckier side of life here, but I also don’t want those I love to feel thrown under the bus as I tell my version of what’s happening. And that’s really all it is, my side of the story.

But I’m a manipulator, too, because like everyone else I have an innate desire to paint the picture I want the world to see. I mean, it’s what Facebook was built on.

I want you to think that I had a passel of kids and then went through this super-crappy divorce but have come out the other end all enlightened and spreading joy and happiness throughout the land.

But that’s just not the case.

I am highly flawed. I often don’t know what to say in important conversations or how to course correct when situations veer wildly off-track. My knee-jerk response to challenging situations is to shut down. I just opt to do nothing and leave the issue woefully unaddressed. I avoid conflict like it’s tuna fish.

And I hate to apologize.

I’d like you believe that while there are the occasional blips in my house – like kids leaving crusty dishes in the sink or my freaking out over loud music while driving to school – overall my family is generally on solid ground.

But that just would not be true. We are on slippery ice and just when we find our balance, we see cracks threatening to spread beneath our feet. Stability can feel tenuous, at best, sometimes.

I wish I could tell you my recent whirlwind trip south to bring my college kids back to school was a bittersweet ending to a nice summer together. I wish I could tell you that the days leading up to it were filled with quality time together and that we all realized how much we loved and would miss each other.

But that would be a lie.

I was happy that the oldest two were about to disappear for three months. I had had enough of them this summer to see me through to Thanksgiving. And they, I believe, of me.

And by the end, I had stopped speaking to the oldest, who drove himself back a few days earlier. In fact, his dad and I brought his sister down and got her set up in her new off-campus apartment and we never even saw him.

We are that mad at him right now.

And I don’t know what to do, how to resolve the situation. How to wrap my brain around the idea that sometimes – regardless of how long you breastfed them or how many books you read to them or nagged them to practice their instrument or eat their broccoli – your kids will make decisions that disappoint you.

Maybe, as with so many parenting situations in the past that seemed so dire when I was in the thick of them – like when one kid refused to take Honors English or another returned home late one night bombed – time will help to make sense of the situation.

The passage of time and distance from the situation has allowed me to see that a child has got to want to be challenged academically, not pushed into it. And that kids are stupid and sometimes drink too much Fourloko.

So this trip did not result in any picture-perfect moments. There were no heartfelt embraces or Come-to-Jesus reckonings. It was more like, “Good-bye and good luck.”

On the bright side, I did spend the eight-hour drive home with my ex-husband and we had pleasant conversation. He even came into the house – for the first time since we split up for good four years ago – to use the bathroom and then fixed something that had been broken and ignored forever.

I mean, you couldn’t have told me these things were possible four years ago.

But then later that night, he sent me an angry text, assuming the worst of me about something unrelated. He couldn’t just call and say, “Hey, I noticed this, what’s up?”

He immediately went on the offense and sent a text that zinged a “WTF” at me.

But unfortunately, I just couldn’t deal. I thought about calling to talk to him about it. To assure him I harbored no ill will towards him and apologize, once again, for doing something that pissed him off. But I just didn’t have the energy.

I left it somewhere on the side of the road during the long drive home.