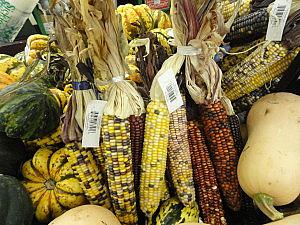 Anyone who agrees with T.S. Eliot’s assessment that “April is the cruelest month” has obviously never spent time trying to be a mom in New Jersey during November.

This week alone, my fifth grader has three days off. Three days. I didn’t even know about one of them until this weekend.

Out of the possible 20 full days of school this month, in our district the kids have five of them off and there will be early dismissals for another four of those days to accommodate conferences at the end of the month.

What am I doing with my 10-year-old all those hours when he should be sitting at a desk in a classroom learning about ancient civilizations or fractions or something?

As a former school board member, I understand the challenges of scheduling all those things that need to be squeezed in throughout the year, like professional development for teachers and holidays, and still end up with the mandatory 180 school days. It’s like squeezing Jello into a tube and having it ooze out the other end.

For the first time since I can remember, the kids have off Tuesday for Election Day.  In our town, residents use the two schools as polling places. In the old days, that used to coexist with the school day, with voters filing into the schools’ libraries to cast their votes. But now, no one wants folks to be able to just wander in off the streets into the schools in the wake of Newtown.

Then at the end of this week, school is closed Thursday and Friday for the annual NJEA Convention, something I’ve had to attend in Atlantic City for mandatory board member training but have never really heard of any teachers I know attending. That used to make me crazy when the kids were younger, probably because I just wanted them out of my hair and to stop asking me what’s for dinner. But now with just two kids at home, I’m feeling kinder and gentler about the whole thing. It’s really just an excuse for the good people of New Jersey to take their kids to Orlando for a long weekend.

Then we have half days for conferences beginning the Friday before Thanksgiving and leading up to Turkey Day and Black Friday. That is what we call it now, isn’t it? It’s its own weird holiday celebrating consumerism.

If I was to stop trying to be funny for a second, I’d admit that I don’t mind having the kids around. Really. Not usually.

But I’ve got this day job that helps pay a portion of two college tuitions and the off-the-charts taxes I need to fork over to Uncle Sam quarterly.

I just don’t have the time to police the TV watching/XBOX playing/YouTube searching that some people I know like to spend as much of their free time as possible pursuing.

As fate would have it, I’m heading out of town for the long weekend to meet up with college friends and party like it’s 1988. Well, minus the beer bongs, cigarettes and fraternity boys. Pretty much we’ll sit around drinking wine and howling about the old days. I’ll come home with a sore jaw from laughing so much.

And this is a good thing, because even though I’m agitated about the November school calendar for my younger children, I have yet to come to terms with the full week off the college kids have for Thanksgiving.

8 thoughts on “November is the Cruelest Month for Moms”