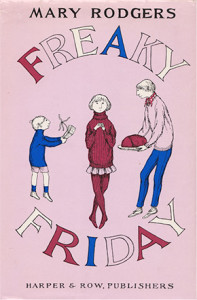 My 14yo hastily cleaned out his backpack before school the other morning and after he’d left, I found a neatly folded sheet of loose leaf paper sitting all alone on the kitchen table tucked under a planter. Upon opening it, I discovered a quite impressive pencil rendering of the male anatomy leading me to wonder – not for the first time in my almost 25 years of parenting – why I hadn’t been paying better attention to my children growing up. I mean, the thing even had a few hairs sprouting out from its undercarriage and shading on the, er, shaft.

There was also some writing, including the name of one of his buddies, indicating that it was probably something they were fooling around passing back-and-forth in class instead of actually learning but from the looks of the picture, someone had at least been paying a little attention during health class. And here I was assuming they were all still into Pokemon.

I considered sharing a picture of my baby’s artwork on social media, so I folded it back up and put it in a wire basket next to my sink that ostensibly is supposed to be holding apples and bananas but ends up instead stuffed with things like remote controls and a box of Celestial Seasonings (Tension Tamer) and anything else I like to keep handy and remember that I own. If I could, I’d try to put my sanity in there for safe keeping but fear at this stage of the game it would just slither to the counter between the wires and get lost under the basket.

The boy came home from school and, in an unusual and ironic move, pulled some schoolwork out of a folder in his backpack to show me. Honestly, there are times when I’m not even sure the kid goes to school when he walks out my door each morning in his hooded sweatshirt and cuffed khakis (what better way to show off his impressive collection of weird socks, regardless of the weather?). The kid never seems to have homework or to require studying. He never even asks me to go to the CVS and buy him poster board, which would at least signal he’s got a project due. If I wasn’t certain the authorities would have reached out to me by now if his seat in homeroom remained empty day-after-day, I’d be convinced he went and sat on a curb somewhere in town and watched YouTube videos on his iPhone all day. His monthly data usage would definitely support that hypothesis.

But he seemed pretty eager to show me an illustration he’d made for social studies class that day. They’d been talking about editorial cartoons and then the kids got to draw their own and my son chose to riff on that basketball player who recently floated the idea on some podcast that the Earth was flat. In these end days of alternative facts and rampant conspiracy theories, this assertion doesn’t even seem as crazy as it might have seemed even a year ago. Apparently, and thankfully, my own child agreed and drew a pretty good likeness of the dude spinning a flat basketball on his finger. Well played.

“What do you think?” he asked, all smiley as we stood next to the kitchen sink and, alas for him, the wire basket, from which I began to pull the folded sheet of loose leaf.

“I think you’re a pretty good artist,” I said and handed him the paper. “Here’s how I know.”

He gamely began to unfold the paper and as he opened the final flap his face registered that he knew what he was about to see.

“Well, Mom,” he said as he quickly crumpled the note in his hands, “that was weird.”

He slid open the trash that sat between us and threw the paper inside before closing it and walking away with a tight smile on his face that said, “Let’s never talk about this again.”

I’m sure he was afraid that I’d see the drawing as the opening to yet another one of my spontaneous conversations about sexuality that I’m always trying to start with my children. Much to their horror, I’m always looking for teachable moments, opportunities to have frank discussions about stuff like periods and contraception. But I’ve learned over the years that my children would rather learn everything there is to know about sexuality from their idiot friends or websites like milfhunter.com. Don’t even ask how I know something like that exists.

But he escaped that day unscathed from any of my “sexual curiosity is healthy” speeches. I’d given a moving talk about pornography not long ago so backed off and let him slink up to his room and hopefully not hunt for milfs.

It’s interesting that here I sit, a 50yo menopausal lady on one end of the sexual vortex living with a 14yo boy who’s on the completely opposite end. Like, if you were to divide our brains into pie slices based on what we thought about most days, the piece from mine devoted to sex would be a tiny sliver – you’d probably want some ice cream alongside it – whereas my son’s portion would need a pretty big plate to accommodate it. You might as well just get a fork and eat right out of the pan. As for my brain, it’s pretty much split down the middle between worrying about my midsection and waning mortality.

Sign up to get all of my latest posts sent right to your inbox by typing your email into the box below and new posts will arrive without you having to remember to look for them. Everything should be this easy. You can also follow me on Facebook, Twitter, Instagram and (what the hell) Pinterest. [wysija_form id=”1″]