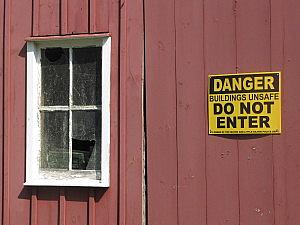 “Hey Mom, quick question,” said my 11-year old son last night as we were sitting down to a late dinner, “but, can you still have babies?”

I paused shoveling the forkful of quinoa-stuffed pepper into my mouth, looked at him and said, “Uh, yes.”

“WHAT?????!!!!!” he responded, apparently amazed that such a miracle could occur to someone so old, causing his 17-year-old sister to convulse in laughter and bang the table.

She even repeated the whole conversation over breakfast this morning while Joe and Mika debated the whole Ray Rice/NFL thing for the millionth time. The insult was way more entertaining to her.

So I think it’s interesting that, from a youngster’s point of view, the idea of me getting pregnant — and I will point out to anyone who wasn’t paying attention the first five times I’ve mentioned this fun fact here but I am but one day older than Halle Berry, who just had her own baby — is a shocking/nauseating revelation.

While the only thing I think Halle Berry and I have in common are ovaries, I like to think that my body could still muster the energy if necessary to make a baby. Maybe one with three arms, but still.

And I might not be good at a lot of things, but I was amazing at getting pregnant. Like, a real pro.

It’s funny I’d even be offended by this exchange, given my baby factory’s been shut down for years due to the economic downturn. I was supplying more than was in demand. And really, I don’t even want a houseplant much less another person around here to deal with. Especially if it’s going to grow up to start insulting me over dinner.

Obviously, the only logical next step was to make that creep of a kid pay for his insulting behavior.

“Do you have any of those ultra-sized tampons in your bathroom?” I casually asked his sister later in the meal.

“DO YOU MIND?” my son yelled. “THAT’S DISGUSTING.”

4 thoughts on “Insulting Things Said to Me Over Dinner”