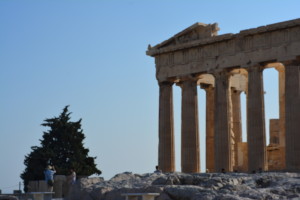 I took a big bite of freedom earlier this month, tearing into it with a fierceness I didn’t know I could muster. And as I greedily swallowed all that aloneness in big, ragged pieces, I realized that it was the most liberated I’d been since I became a parent almost 21 years ago.

And it tasted fucking good.

I’ll admit, at first it seemed kind of strange, like some weird-flavored Dorito, you know like the Zesty Taco or Enchilada Supreme varieties. But the more freedom I tasted – really inhaling its full blast of flavor  – the more I wanted to stuff that shit down my gullet.

And I am here to report that (unlike the weird Dorito), only having myself to worry about for nine days tasted super-sweet.

In fact, I’d compare the usual mom getaway stuff – like going to get a massage or away on a girls’ weekend – to those little bits and pieces of bland honeydew melon used as fruit salad filler here in the U.S.  But when you go some place exotic and bite into the same type of green fruit, you can’t believe the difference. “Now this is a melon,” your brain shrieks as you lick the juice running off your fingers.

Going off by yourself for an adventure is sweet and juicy and you can’t stop reaching for just one more slice of it.

This is how I would best describe what it was like to leave my everyday life as a single, working mother of four kids behind to sail around the Greek islands for a week by myself.

And in retrospect, the memory has become all the sweeter as I’ve return to seething, end-of-the summer angst at home with my kids stressing about bedding for college apartments and U-Hauls to cart said bedding and assorted pieces of furniture to school.

I returned to find there’s one child who STILL can’t get a handle on what the rules and regulations are here in my house. Plus there’s a green pool in my backyard and a sizzling electrical socket in my daughter’s room, and massive layoffs coming at my company. And the cat just barfed.

And all I can think is: “Can’t someone just grab me a beer and let me sit here in the sun and read?”

Because it’s hard to shake how sweet it felt to have no responsibilities for a week. A fantasy, really, that everyone should step right up and sample.

I decided to book the trip after seeing another single mom’s photos of the same excursion to Greece on Facebook last year. I was longing for some real adventure and tired of waiting around to find a travel companion to accompany me.

I think I suffer from a by-product of living in New Jersey, which the incredible Junot Diaz described in The Brief Wondrous Life of Oscar Wao as: “A particularly Jersey malaise – the inextinguishable longing for elsewheres.”

So I pulled a Single White Female on my friend and made my reservation for the same trip for beginning of August.

But the goal of the trip morphed over time and while at first, my giant ego worried that people would feel sorry for me for going on vacation alone, that eventually became the whole point of the journey.

I am a person who enjoys living in the cozy little box I’ve built for myself – often ordering the same meal whenever I go to certain restaurants because I know what I’m getting – and am not naturally inclined to venture out of my comfort zone. And I certainly try not to do so alone.

But one of the benefits of my divorce has been learning to stand on my own. To show up for parties and dinners solo, which means I might not have a wingman to sidle up to if I need to take a break from being sociable, but it also liberates me from having to wait for someone else to finish a drink or telling a story or having fun before I can leave. I can just pick up my bag and walk out the door. Sometimes I don’t even say good-bye.

So as the departure date drew nearer, I fretted about all those meals I’d be eating alone and whether I’d feel like a third wheel as the only non-paired person on the week-long sailing trip (I met up with two couples and a pair of friends).

It was a challenge figuring out how to get over myself and stop worrying about what other people might be thinking, and focus instead on what I thought and what made me happy.

And if you are a parent, you know that that is about as natural as well, pushing a baby out of your bottom. It just doesn’t feel right. But somehow, it is.

I’ve especially enjoyed the reaction I’ve gotten from people when they’ve learned about my solo trip. I’ve liked watching their faces change as I explain how I went off to Greece alone and then maybe I get a fist bump or a “Wow” in return.

My college roommate called to welcome me back and said, “I can’t even go to the movies by myself.”

And the taxi driver who drove me from my hotel in Athens to the Acropolis couldn’t believe I was a single woman travelling alone in a foreign country. “No family?” he asked. “No one?”

“Ah, okay, it’s good, it’s good,” he finished, but I could tell he still thought it was kind of crazy as I stepped out alone into the hot Athens sun.

But the most interesting reaction came from the Korean lady who owns my dry cleaner. I ran in the day before I was to leave on my trip, begging her to hem an adorable pajama-y bottom pants I had just bought and desperately wanted to take with me. She finally relented and as she pinned the bottoms of the gauzy fabric for hemming, she asked me where I was going.

“Greece,” I told her and she looked up at me with widened eyes, pins clenched between her lips.

I went back to drop some stuff off to be cleaned after the trip and she asked me how it was. I told her it was great and somehow it came up that I had gone by myself.

“What?” she asked. “I couldn’t go anywhere alone,” she confided.

This is a woman who speaks English with a heavy accent and obviously came to the United States from some place else. Like, she’s had to step out of a comfort zone or two as some point in her life but still feels uncomfortable being by herself.

Some day I hope to return to Greece with a companion; someone to swim with in the salty Aegean and look up at the blanket of stars at night overhead and wake up with to the sound of a rooster crowing at dawn.

But I had a bigger journey to make this time around. I needed to go someplace a little scary and know, no matter what, I’d always be in good company. 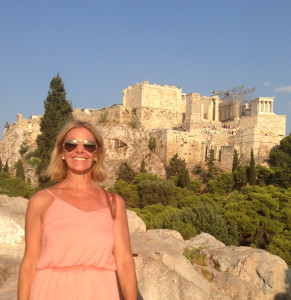 Want to know more? Get new posts delivered directly to your inbox by subscribing to the blog via e-mail the the right of this post.

11 thoughts on “in good company”