My ex-husband used to tell the funniest story about the day his parents got new barstools when he was a kid.

This was the Seventies, when installing a bar in your basement and hanging a dartboard just steps away from your washing machine seemed not only relaxing, but logical.

My ex’s parents were teachers and careful about finances so the shiny new naugahyde stools that arrived that day were a big deal.

But all my ex could think of as he saw them sitting in his basement was what it would be like to slice through the seats with the Exacto knife he saw laying nearby.

So, he’s like 8 or 9, something like that, and he figures, “What’s a few quick nips with the blade?” and before he knows it, he’s cut through a few of the chairs.

He comes out of the destructive daze long enough to assess the situation and think, “I’m fucked,” and decides to wait it out in the bathtub.

Now, his dad could be intimidating back in the day. He was a high school basketball coach and gym teacher, a former Marine, and he pretty much insisted that you toe the line or he’ll reach down and break it off your foot.

So my ex is nervously bathing when he hears his father come home from work and head straight for the basement to see the new stools. He hears the footsteps reach the bottom of the stairs, pause and  a few beats later his father is screaming my former mother-in-law’s name.

I guess the list of suspects was pretty short because in no time, my ex’s dad was barreling into the bathroom and pulling his wet body out of the tub by the arm for retribution.

Remember, this was the Seventies – long before timeouts and quiet chairs – when violence was an often-used implement in the parenting tool belt.

We used to laugh our asses off at that story. I am actually laughing now thinking about it. My ex would shake his head and say, “I don’t know what the fuck I was thinking. I just couldn’t control myself.”

Now, in hindsight, I have chalked that story up to the guy’s impulse-control issues. It seems that sometimes, he couldn’t stop himself. Perhaps a red flag.

But yesterday, I started to consider that maybe it’s a universal issue, the unstoppable urge to commit a forbidden act.

While making dinner last night, I heard loud banging coming from the garage. I opened the door to find my 10-year-old son standing holding a bat in mid-swing surrounded by a pile of white chips all over the floor.

“I didn’t mean to do it,” he blurted about one second after I opened the door and assessed that he had been banging the shit out of the sheetrock in a corner of the garage right by the kitchen door. 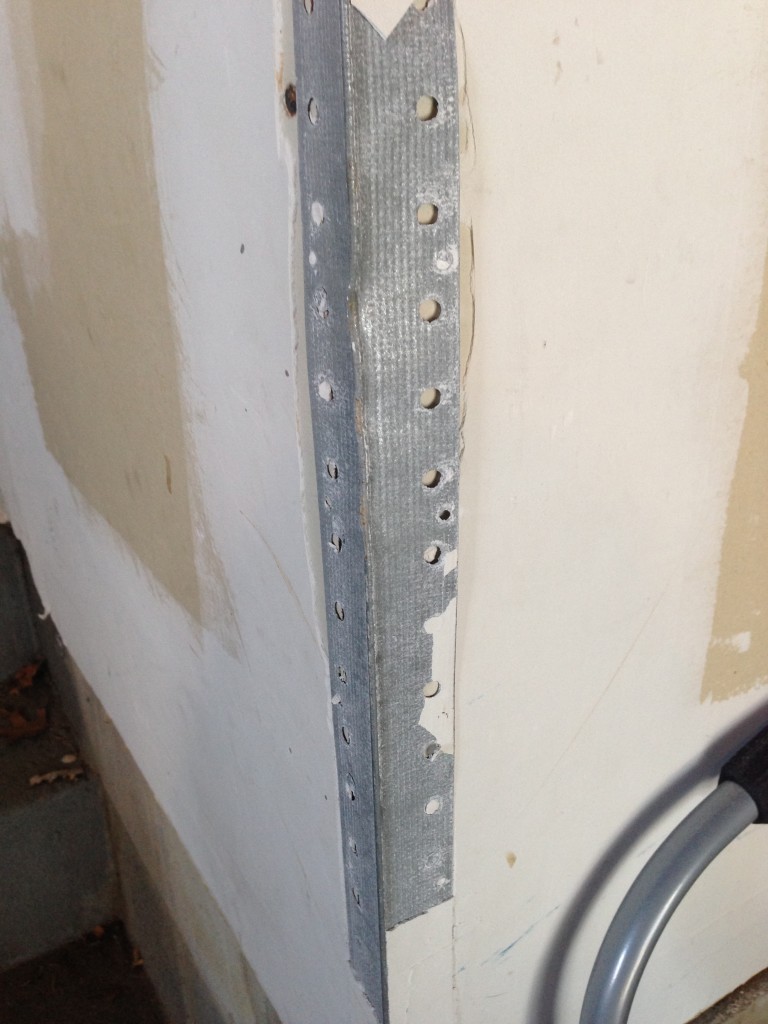 I freaked out, screaming for him to get a dustpan and clean it up and wondering out loud what he was thinking about, because he is so NOT impulsive. He’s cautious and careful and incredibly thoughtful.

But maybe, like Hannah in the season finale of Girls who just had to shove those Qtips in her eardrums (seriously, what the fuck), some urges are impossible to resist.

I mentioned this theory to my girlfriend Joanie and she started laughing, remembering how she and her siblings burned holes into the interior door of the new car her dad had brought home when they were kids. They had found the cigarette lighter and sat in the back seat and pressed circles into the nylon of the two back doors, much to their parents’ chagrin.

And then I was reminded of a time I discovered the lighter in the back of my grandfather’s car. I had pressed it in, not knowing what it was and when it eventually popped out, I pulled it out for inspection. Somehow I remember knowing I probably shouldn’t press my pointer finger inside to touch the glowing red coils. But I couldn’t resist. I remember trying to hide the pain from my dad and the white-callused tip of my finger that had just sustained a first-degree burn shoved between my knees.

And I’d like to tell you about the time I found a razor blade lying around my grandparents’ house when I was eight, but I’ve got to go return a bunch of things I bought online late one night last week.