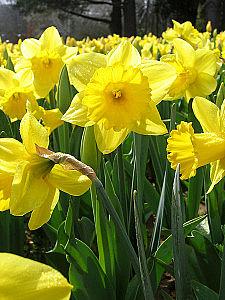 Someone I know had a miscarriage last week and when I called to tell her how sorry I was for her loss, she said she never expected to be so sad, and stopped to cry some more.

“Just in disbelief,” she texted later, and I totally got it.

I had three early miscarriages in my quest to have four children and while some might have seen the difficulty maintaining a pregnancy as a red flag – a sign from the universe that perhaps I shouldn’t have four kids – my uterus and I persevered.

Too bad I didn’t bring the same determination to other avenues of my life.

But I understood when she cried how truly devastating it was to lose a pregnancy, no matter how brief.  As soon as that stick turns pink, the baby is real. It already has an approximated birthday, name and Ivy League school that that soon-to-be-brilliant child would some day attend.

There are so many hopes and dreams pinned to that tiny little ball of cells that when it turns out that that’s all it really is — just a ball of cells that don’t quite know what to do with themselves – it makes for a very sad revelation.

But it’s also something that nobody ever really talks about. It’s like we need to keep that sad news to ourselves because it’s going to ruin everybody’s day. Like it wasn’t a big enough deal to trouble anyone else with.

But it is to the woman who, however briefly, patted her belly thinking she was carrying a new life. A new member of her family.

And this doesn’t even take into account the moms who lose full-term babies or actual children. Like, I can’t even go there, it’s so terrible. That type of loss is in a whole other ballpark.

And then there are the women who just can’t sustain a pregnancy. Another ball of sadness wax.

But in the world of loss, suffering a miscarriage falls quietly somewhere on the spectrum of grief.

You’d have thought by now that some marketing genius would have identified this as an underserved market that’s yet to be tapped. I’m surprised Hallmark hasn’t come come up with condolence cards or that Always hasn’t created special sanitary pads marketed for the miscarriage. Maybe some K-Y product designed for after the coast is clear, when the time is once again right.

I told the kids that someone we knew had lost a pregnancy and they were super-sad. They are ready for a new baby, especially my youngest child.

“Don’t worry,” I told him. “I had three miscarriages before I had you.”

“Wait,” he said, his big blue eyes growing even bigger. “Does that mean I would have had, like, six brothers and sisters?”

“No, dummy,” his teenaged sister said. “That means you might not have been born.”

And you could tell by the look on his face that he didn’t really know what that meant.

But I did. It meant that, somehow – no matter how sad – things really do work out in the end.

3 thoughts on “How to Cope After a Miscarriage”