I haven’t been talking about it much, well here anyway (in my regular life I tend to yammer on about it), but I’ve decided to take a break from wine. We needed some time apart.

I mean, how special is a glass when you have one every day? It’s like living in a non-stop episode of Cougartown.

Needless to say, I’ve been hitting the sack a lot earlier than usual.

On Friday, I tidied up after dinner, did my nightly straightening of the downstairs, and headed up to my bedroom around 9:00 for a date with House of Cards, Season 2, Episode 20.

A little earlier, my 11-year-old finished his nightly routine — which generally includes dodging soap, toothpaste and reading — and quite willingly got into bed and turned out his lights.

I slipped under my own covers, clicked on the Roku and scrolled over to the next episode of House of Cards in my Netflix queue. But instead of Francis Underwood’s plotting and conniving, I received this message: 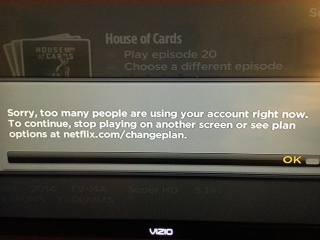 Really, my generosity knows no boundaries.

I made a mental checklist of all possible culprits — which one of my four children could be simultaneously enjoying the fruits of my $7.99 monthly Netflix account — and determined that two were otherwise occupied that evening. But one suspect was potentially lying in the next room.

The call’s coming from inside the house!

I popped my head into my little guy’s darkened bedroom, so dark in fact that I could not see any of the discarded bath towels or gym shorts that were surely scattered across the floor of his small room, and asked, “Are you on Netflix?”

“Maybe,” came the little voice from far beneath the covers where he was hiding in his bottom bunk with his mini iPad.

When I wasn’t solving urgent mysteries around here this week, I was writing about this stuff: 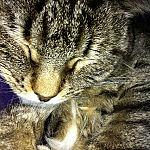 Because even though I’ve been a reluctant cat owner for, like, four years or something, I still haven’t been able to get a handle on all the poop she makes and just the whole kitty litter box thing in general. (READ MORE … ) 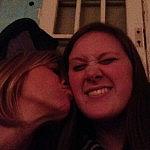 The ‘Shizzness’ of Being a Mom

It happened at the stroke of midnight, just a few hours ago, the vanishing of one of my two remaining teenagers. In the blink of an eye and the tick of a minute hand, my oldest daughter turned 20 while I slept.

She joined her brother, now 21, in what I guess could be categorized as young adulthood (with the caveat that both are very much still on their folks’ dime), leaving one teen in my life. (READ MORE … ) 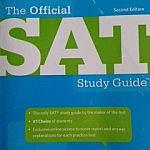 The Secret to a Perfect SAT Score

“That is so not fair,” observed my 16-​​year-​​old daughter as she drove us around yesterday afternoon to do some chores while we listened to “All Things Considered” on the radio.

She had just heard about the changes coming to the SATs and, as she prepares to take the college entrance exam for the second time this Saturday, was agitated. (READ MORE … )

One thought on “How Not to Watch Netflix”