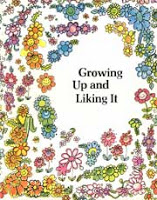 Recently, conversations about STDs and the regular use of deodorant reminded me of the two worlds of parenting I straddle with my four children.

My two sons bookend their sisters as the oldest and youngest of the brood and with 10 years between them, the only thing the boys have ever been on the same page about simultaneously is their mutual fascination with lizards (one has one, one wants one).

Early one day, I spoke with my oldest guy who’s 20 and away at school. It’s cute now, how we check in every once in a while and he tells he about his life in college and sometimes that he’s feeling blue. I love that we’ve finally moved away from being on the defense with each other like we’re the Knicks and Bulls (obviously I’m Carmelo in this scenario) to practically being on the same team (he can be Jason Kidd). Although if I really wanted to get this NBA metaphor right, it’s more like I’m the team owner and he’s the star player, because he’s always looking for a raise.

So he called one morning and we chatted about classes and his health and he told me that his fraternity had hosted a bunch of other chapters over the weekend for various activities (the details I did not ask).

One program of note was that the guys had a speaker come to talk to them about STDs. The presenter was really funny, my son said, “But Mom, you should have seen the pictures.”

He didn’t even try to describe them to me, they were that bad.

They were so profoundly horrifying that he said a bunch of the guys was considering going to the infirmary to get tested, just to make sure their situations never appeared in a future slideshow.

Later that day, I made my way over to our elementary school to preview a film that my younger son would be shown later this school year. You know, “THE MOVIE.”

It’s called “Growing Up And Liking It,” and it’s what’s shown to all the fourth graders at our school at the end of the school year:

A: as a public service to all those teachers trapped in hot classrooms with incredibly moist and stinky children to encourage regular deodorant use and,

B: to give these little guys teetering on the edge of puberty a heads up that some stuff is about to go down both on the inside and the outside of their bodies and not to be alarmed.

So, the girls get a lesson on their developing bodies and that exciting monthly event that they will grow weary of managing some 40-something years later. It even requires two DVDs to tell them all about it. And boys get the great news — spelled out in about five minutes — that their junk will grow (maybe this distinction is what put women at a disadvantage at the dawn of time).

Of course, I’ve already had three kids see THE MOVIE and I joked to all the other fourth grade mommies there that I was taking a refresher course in puberty. And there was a part of me that wanted to know just what it was my son was about to be told. But there was also a strong desire to just go back in time. My little boy lets me do that. To turn back the clock to a time before sores and pustules, bongs and Fourlouko were a part of my parenting landscape.

It turns out, it’s still the same movie that his brother saw 10 years earlier, populated by little kids in late 80s playwear and the music kind of drags, like it would get caught and needed to even out.

It starts softly, the voiceover telling the kids, teetering on the edge of middle school, that they are about to go through some changes and start thinking about things in a new way and before I know it, tears are filling my eyes.

It’s been such a long road with this little guy, who’s six years younger than his closest sibling and practically an only child, that I can’t believe he’s just moments away from becoming as grisly and ornery as the rest of them. I see glimpses sometimes of what the future holds, him balking at doing something he’s told or saying “Mom” in a certain tone, and it reminds me that even the sweetest of children falls prey to teen spirit. My house stank of it for years.

I’ve been so lucky to have been able to stay in childhood for as long as I have as a mom.  But pretty soon, I know, I’ll have to pack up Charlie and the Chocolate Factory, the pogo stick and the assortment of plastic cups that have taken up valuable space in my kitchen for the last 20 years.

One of the other moms who came to see THE MOVIE arrived pushing a stroller. She had the baby in the fall and he happened to be about 10 years younger than her oldest child in fourth grade.

The other moms and I joked that she’d be back at school in a decade for her refresher course and cooed at the baby, and all I could think about was what a long road she had ahead of her.

And how lucky she was.

8 thoughts on “growing up and liking it”