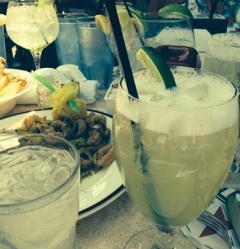 This is a story about expectations and the benefits of keeping them low.

Now, of course, this idea is nothing new. Every year there’s some article written about how Denmark is considered the happiest country in the world and it’s in part because the Danes keep their expectations low.

They are just content with their lot in life and don’t expect much more.

I’ve mentioned this idea to my kids, the notion of keeping their own expectations low, which is usually met with groans and eye rolls. Okay, it might be a bit of a bummer – having your mom tell you not to expect too much out of life – but it is a surefire path to happiness. Don’t get your hopes up for, say, a hamster for your birthday when you know your mom is not willing to clean more poop.

I like the slant the novelist Jodi Picoult gives to achieving happiness in her book, “Nineteen Minutes”: “A mathematical formula for happiness: Reality divided by expectations,” she writes. “There were two ways to be happy: Improve your reality or lower your expectations.”

Maybe this idea is a little more hopeful, a little more in line with what my friend Lisa was trying to get at during a recent conversation we had about expectations. “Shouldn’t we all expect certain things from ourselves?” she asked, and I agreed. We should have a certain set of boundaries about our own and others’ behavior and if those our not being met — our expectations — then something needs to change.

But we both agreed that low expectations for our Ladycation to Florida this past weekend was probably the key to a memorable getaway. Like, we had off-the-charts fun.

In the days leading up to our departure, people would ask me where I was going in Florida and I would have to tell them, “I have no idea.”

I mean, I knew I was flying into West Palm Airport and that we were staying at our friend’s place somewhere around there and that the three of us would be joined by the homeowner’s college roommate the following day.

I had no idea what we were going to be doing, if I needed to pack some dressier stuff for dinners and if bringing sneakers was way too ambitious. And I figured the college friend would be nice enough, but didn’t really give her too much thought.

I just figured it would all be fine and nice to get away from cold New Jersey for a long weekend with nice women.

When my girlfriend who lives across the street – the kind of friend who, when I am packing for a trip, lends me all her chic Joie tops and Anthropologie necklaces – learned that I was not going to South Beach, as she first thought, but West Palm, she said, “Oh, so it’s just going to be a nice, quiet girls weekend,” and started putting her fancier items back in her closet.

I nodded my head and picked up the stack of colorful Lily cashmere sweaters she was lending me to take along and I packed for days lying out in the sun and casual dinners with the girls at night.

It turns out, that the weekend was anything but quiet. In fact, I’d say it took on the feel of one of those Vegas commercials because some of the things that happened are really better left in the West Palm-area and definitely not on my blog which is read by my kids, their friends and my mom.

We got a little crazy.

Perhaps the tone of the trip was set when that second round of drinks at the Newark Airport wine bar caused us to almost miss the flight out Thursday night (it turns out a 7:30 departure means they shut the door to the plane at 7:20, according to the flight attendant who lectured us while checking us in at, like, 7:10 and then punished us by making us check our carefully-packed, carry-on bags.) There was my Beyoncé moment when the singer in the band at the bar we went to after dinner Saturday night came down off the stage to dance with me to “Walk This Way” and one of my moves was crooking my pointer finger to get him to, well you know, walk my way. (My girlfriend Lisa said the next day, “I know the type of shenanigans I can get into, but didn’t know you had that in you.”) And the tail end of the trip found me in the airport bar, again, drinking Scotch out of a straw being held by some hot guy whose sunglasses, at 8 p.m., indicated he had had a rough weekend, too.

We had joked all weekend that Lisa was a “connector.” She loves to chat with the workers at her local Dunkin Donuts she visits daily and tried to high-five one of the flight attendants on our flight to Florida. But it is pretty safe to say that Florida Amy was also quite the connector.

As for the college roommate, it turns out that we were separated at birth. We hit it off immediately when she arrived early Friday morning, totally admiring each other’s outfits, and the four of us were really well suited for traveling together. There was a high-level of bossiness that was balanced by others’ (me in particular) willingness to just get in the back seat and go along for the ride. I am an amazing Indian.

And my friend who owns the house, unbeknownst to me, had planned our weekend with lots of fun things to do on an almost hourly basis, like at 3 p.m. Saturday we needed to leave the beach for cocktails, 4 p.m. was ice cream at her favorite ice cream place followed by shopping and then home to be ready for our 7:00 pick up to go out to dinner. I woke up Sunday morning to find a pink bag filled with assorted resort wear pieces lying on the floor of my room and carried it into the kitchen and said to the girls standing there, “What the hell? I don’t even have a job.”

Therein lies the danger of shopping with girlfriends after drinking a goblet full of Hendricks gin on a sunny deck in Florida. Rational thinking goes for a swim in the ocean.

Anyway, lest you start to get worried about me, I’ll assure you that Florida Amy has been packed away since my return late Sunday night. She was a lot of fun but doesn’t really fit into my daily grind of laundry folding and driving duties. She wasn’t the most solid of citizens.

Take heart, though. I leave for Jamaica next week.