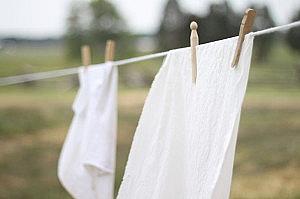 I feel sorry for the Cannings.

You know who they are. They’re the New Jersey family that made international headlines last week when their teenage daughter, Rachel, took her parents to court in an effort to get them to pay her school tuition, even though she moved out of their house in October.

Rachel accuses her mom of being the source of her battle with anorexia (she says she called her “fat” and “porky”) and her dad of inappropriate acts of affection (like kissing her on the cheek in public).

Her parents claim their 18-year-old daughter constantly overstepped the boundaries they had set for her – by staying out late, drinking alcohol and dating a boy of whom they did not approve. She’d also been suspended from her Catholic high school a couple of times.

The family appeared together in court last week, although they sat at separate tables with their attorneys, and the parents at one point were photographed mopping tears from their faces with Kleenex.

That’s all I could think when I looked at those pictures online was how sad it was that the pretty common trials and tribulations of being and raising a teenager were now public fodder for online forums.

Scrolling through the long thread of comments under just one Star Ledger article on the case, I noticed posters were quick to point the finger of blame at just about everyone involved – from Rachel, to her parents to the family who took her in after she left home.

Even the Star Ledger was taken to task for posting photos grabbed off Facebook of Rachel wearing a bikini (which I did not find lurid but instead just a cute picture of her snuggling a seal during a family vacation in the Bahamas).

And because many folks who post comments online are the trolls of the Internet, lurking under the cloak of anonymity to spread vitriol wherever possible, so much of what’s being posted is mean and downright self-righteous.

Posters call Rachel “troubled,” the family “dysfunctional” and the father of the friend Rachel is staying with – who happens to be an attorney who’s fronting her legal bills – “creepy.”

One poster wonders about the Cannings, “If they were such a wonderful family how did they end up with such a self-absorbed entitled daughter who didn’t want to respect her parents?”

Another commenter posted, “The parents should have done a better job at raising this child, they were definitely a dysfunctional family.”

Have none of these holier-than-thou commenters ever lived with, raised or spent time as a teenager?

If they had done any one of those things, they would know that it is NOT easy. Who are any of us to judge?

I don’t know about you, but I would not want the intimate details of my family life – my struggles raising my teenagers in particular – splashed all over the Internet.

I mean, okay, I do my fair share of writing about personal stuff on this blog but I promise you, you don’t know the half of what goes on around here.  And that’s how it should be.

Believe me, I know just what it’s like to try to live with someone who’s under the impression that the number of candles on a birthday cake gives him or her the right to do whatever s/he pleases, house rules be damned.

I think the Cannings just wanted the best for Rachel and her sisters and thought they, in turn, were doing their best for them. Just like the rest of us.

I think that some kids are just more difficult than others and Rachel might be one of those.  I have some experience with that.

I had separate discussions with both of my daughters recently about the Cannings and thought it was interesting that neither jumped to Rachel’s defense. They were both kind of like, “What?”

“Every kid’s got, like, rules they have to live with,” observed my 20-year-old. “Nobody likes it, but that’s just the way it is.”

My younger daughter, who’s 16 and still at a stage where the less syllables she has to use in a conversation with me the better, just said of Rachel’s plight, “That’s stupid.”

And I agree, the Cannings’ disagreements with their daughter – ones I bet a lot of us have had with our own kids – just got out of control.

I hope they can figure out a way to work things out and that Rachel moves home because that’s where she belongs.

And if one of my kids tries to run away and live with a friend, to those parents I say: Please, don’t do my child any favors.

5 thoughts on “Give Us Dirty Laundry”