The Emmy’s are this Monday and you know what that means: all my TV viewing over the last year is finally going to pay off. Even though I haven’t read or written as much as I would have liked to, I’ll feel validates Monday night when I’ll have watched pretty much every show and nominated actor announced during the show.

If you’re looking for something to start watching this weekend, my suggestion is to find a run down of all the nominations, and just pick something that appeals to you. Chances are, it will be excellent. (My faves: Marvelous Mrs. Maisel (Amazon Prime), Killing Eve (BBC) and The Handmaid’s Tale (HULU)).

This summer, I watched a few shows that I can’t stop talking about (hello, GLOW) and finally caught up on the remaining four seasons (read: 40 hours) left of a show I had given up on a few years earlier but suddenly, it felt strangely relevant and necessary to plough through to the end (also: it was worth it). 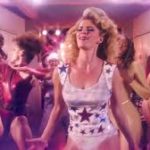 GLOW (Netflix): Let it be known that I am easily influenced by advertisements. This holds true for wanting to wear Candies high wooden heels when I was, like, 11, and succumbing to the non-stop trailers promoting Season 2 of GLOW every time I signed into Netflix. In the case of the latter, falling prey to ads was an excellent decision. Watching me teeter around with high heels on my baby feet in 1979, not so much.

Okay, what can I tell you? I was afraid this was going to be all T & A, as the show’s title refers to the Glorious Women of Wrestling and is set in the 1980s. Wrong. Instead, you get tons of girl power, layered characters developed so beautifully over the course of the 10 half-hour episodes in each of the two seasons. And if nothing else, just watch it for all that 80s hair and leg warmers. 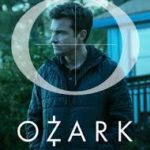 Ozark (Netflix): How, you wonder at the end of the first episode of Season 2, is this family going to get out of their very terrible predicament alive? How are they going to go the 10-episode distance? The family in question, headed up by parents Laura Linney and Jason Bateman, have landed in the Ozarks after the drug cartel he was laundering money for discovered his partner was an informant and that’s when the shit hits the fan. Again, with the amazing character development, especially Linney and the remarkable young woman who’s running the titty bar they bought to run their dirty money through. She is a force. All I have to say is, much like how Man Men shook out in by end, it’s the women you need to keep your eye on in this show. 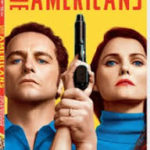 The Americans: As I mentioned earlier, I’d given up watching this when I determined it was one of those shows that demanded my attention. I couldn’t multitask (translation: troll Facebook on my phone) and expect to follow what’s going on. So I chose to move on until friends started raving about the last episode of this FX series about a couple of Russian spies in the 1980s (A theme? Maybe.) to pose as an everyday married couple living outside D.C. with their two kids and running a travel agency. On the side, the two run around in a lot in disguises duping government workers into divulging top-secret information and knocking people off in a variety of ways over six seasons. Kerri Russel’s Elizabeth Jennings is a badass.

When the series first started in 2013, it seemed like a quaint throwback to Reagan-era issues. I mean, the Russians at that time seemed about as threatening to our country as Boris and Natasha. Fast forward six seasons and now, it could not be more relevant. In fact, every time I hear a crazy story in the news lately about the UK spy poisoning or this story about the recent Russian defector, I can totally picture Kerri Russell and Matthew Rhyss pulling this stuff off. Couple in all the other Russian stuff in the news (election tampering, social media skewing), and I’d say this show became more and more like Homeland over time. Weirdly prescient.

But the biggest challenge facing this husband and wife spy team, is the choice between family and country. They grapple with it season after season and the final episode of the series paints a clear picture of which they choose. Wonderful. 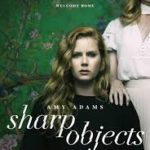 Sharp Objects (HBO): Did you not watched this 8-episode miniseries this summer? Well, call out of work next week because you have some bingeing to do. Spooky. A soundtrack bursting with moody Led Zeppelin and a cast headed up by Amy Adams and Patricia Clarkson, the final episode TOTALLY nails its landing. Make sure you watch it until the last credit rolls off your screen. Then call me if you need to freak out. 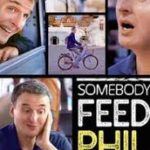 Somebody Feed Phil (Netflix): My girls and I were scrolling through Netflix looking for something to watch this summer when we saw that Season 2 of this super-charming 6-episode series featuring the totally goofy Phil Rosenthal, creator of Everybody Loves Raymond, had just dropped. We squealed and sat back to enjoy watching him eat his way through New York, Buenos Aires, Ireland, South Africa, Venice, and Copenhagen. We come for the adventures, all the different types of food he tries and all the friends he makes along the way. But we stay for the Skype session with his parents, Max and Helen Rosenthal, at the end of every episode. Squeeze in Season 1 while you’re at it, and travel along to Bangkok, Saigon, Tel Aviv, Lisbon, New Orleans and Mexico City. What I really love the most about Season 2, is that Phil makes it a point to emphasize that it’s through travel that we get to meet people from all walks of like, which helps us expand our own views and gives us new angles to look at things. Plus, food. Here’s Season 2’s trailer, just for fun: 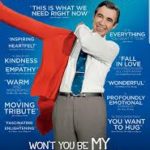 Won’t You Be My Neighbor (Amazon Prime): About three minutes into this lovely documentary on Mr. Rogers that my daughter and I went to see this summer at a local arty movie theater, she leaned over and whispered, “Are you crying yet?” Of course I was. Now, you too can start weeping as you watch and remember just how wonderful and special Fred Rogers was, as it has recently been released on Amazon Prime to rent for $5.99 (SO WORTH IT). Honestly, I think if everyone in the world watched it, it would be a strong reminder of just what it means to be a human being moving with love and compassion through this world. “The greatest thing we can do is to let somebody know is that they are loved and capable of loving,” you hear Mr. Rogers say and it just about sums it all up. Plus, Henrietta Pussycat and Lady Elaine Fairchild. Talk about blasts from the past. Revisit your childhood (and your children’s if they’re old enough to remember) and watch it tonight.

Disenchantment (Netflix): Probably the opposite of Mr. Rogers Neighborhood, this new cartoon series from Matt Groening is The Simpsons meets Game of Thrones and the perfect show to watch with your teenage son. At least it was for me, but I’ve got it easy because often my viewing tastes are akin to that of a teenage boy. But if you love The Simpsons, and I totally do, this 10-episode series is right up your alley, with an elf who’ll remind you of Ralph Wiggum and a demon who steals every episode. The clincher: Broad City’s Abbi Jacobson voices the anti-princess Princess Bean who’d rather die than get married and just wants to live life her way. Also, she’s a bit of a drunk.

Anything else I NEED to watch? Let me know in the comments below!