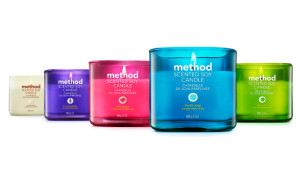 If you’ve been out of the country or locked in a closet or somehow not tapped into the Worldwide Bloodstream (see video below), you might not be aware that I recently put my house on the market. It’s been a challenging process — clearing out all our clutter, sprucing the place up and keeping it clean all the time. I also picked an interesting time to undertake this endeavor with all four children home for the summer and about 13 pounds of sand that makes its way onto the mudroom floor every day, courtesy of my 12yo son’s bathing suit.

But by far the biggest challenge I’ve faced these last few weeks is keeping the place smelling fresh and not like a fraternity house. The last thing I want is a prospective buyer to walk through the front door and get a big whiff of freshly cooked porkroll or the dump someone just took in the powder room. So I’ve instilled some basic rules for the children, like NO COOKING and NO POOPING DOWNSTAIRS.

These edicts have been met with varying success.

The other preventative measure I took was loading up on products that might mask the stink of adolescent boy that sometimes hangs in the air here. The stink of teen spirit.

I am a firm believer that sometimes, more is more, and thus use the products liberally, often and simultaneously.